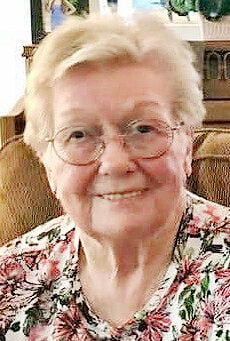 Lillian Wooten West of Greensboro passed away on Thursday, July 30, 2020 at her home. A private service to celebrate her life will be held at Christ United Methodist Church. Lil was the daughter of the late Jack B. and Dixie P. Wooten and was born in Johnston County, North Carolina on March 31, 1932. She was preceded in death by her beloved husband of 64 years, Wayne West. She was also predeceased by her brothers: Cecil "Chuck" Wooten, Jack B. Wooten Jr., Shade A. Wooten, and Worth A. Wooten. She is survived by her children, Wally West and wife Cathy of Greensboro; Leigh West Patel and husband Mehul of Pittsboro, NC; and grandson Aaron West. Lil's family would like to express their gratitude to AuthoraCare/Hospice and to Lil's caregivers for their kindness, support, and exceptional care. Lil was a graduate of Princeton High School in Princeton, NC and Meredith College in Raleigh. She loved her time as a social worker for Rhode Island Child Welfare Services and Children's Home Society. Lil was also a proud master gardener and volunteered for many years as an elections poll worker in Greensboro. She was an active church member and served in many roles at Guilford Park Presbyterian Church, including deacon and elder. She joined Christ United Methodist Church in 2014 where she was a member until her death. Lil will be remembered as a sassy redhead who loved her family, helping others, and spending time with dear friends. She was fiercely independent, could be counted on to speak her mind, and was always ready to stand up for loved ones and strangers alike. She will be greatly missed by all who knew her. Online condolences may be made at www.forbisanddick.com. In lieu of flowers, memorials may be sent to AuthoraCare Collective (Hospice), 2500 Summit Avenue, Greensboro, NC 27405; or to Christ United Methodist Church, 410 North Holden Road, Greensboro, NC 27410; or to the American Cancer Society, 7027 Albert Pick Road, Greensboro, NC 27409. Forbis and Dick North Elm Chapel is serving the West family.