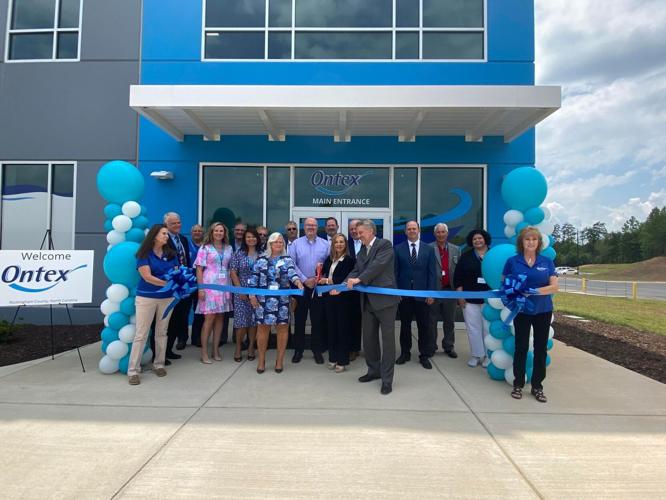 Ontex's CEO Esther Berrozpe spoke to the crowd about how the new facility will provide new jobs and enrich the county's economy.
Staff Report

A Belgium-born company, Ontex specializes in manufacturing retailer brands and its own label of products, including adult and baby diapers and feminine hygiene products. It's the first manufacturer to make a home at Rockingham County’s newest industrial estate, Carroll Industrial Development’s South Rockingham Corporate Park at 9300 NC-65.

With manufacturing facilities in 20 other countries, the Stokesdale plant serves as Ontex's first production site in the United States.

And is positioned to quickly and efficiently meet the global retailer’s needs, company officials said.

“Rockingham County is proud to support the expansion of Ontex to our area, which not only supports the needs of individuals around the world, but creates jobs for our residents here at home,” said Kevin Berger, chairman of the county board of commissioners. “We look forward to supporting Ontex’s success for many years to come.”

In May of 2020, Ontex announced its plans to locate here. The company further promised to invest $96 million in the county and create 403 new jobs.

Since then, production has officially begun with more than 100 new workers, Ontex officials said Wednesday.

More hires are expected and the company is recruiting for various positions and shifts as it expands production, officials said.

To accommodate the massive plant, the park made sweeping expansions to its infrastructure, economic development officials said.

Such moves will help lure more manufacturers to the site, developers and county officials contend.

“We look forward to the hundreds of new, quality jobs for Rockingham County and its surrounding residents.”

Will Zalatoris on firing caddie Ryan Goble: 'He's an incredible friend, I love him to death'

GREENSBORO — So far, so good for Will Zalatoris and his second caddie of the Wyndham Championship weekend.

AAU said on Twitter the meet was suspended, but will resume on Wednesday.

There are so many incentives to install solar that the Inflation Reduction Act of 2022 might be more aptly titled the "Electrify Your Life Act."

Sheriff's officials say one gunshot victim died at the scene.

GREENSBORO — What started out as a domestic disturbance led to a standoff with police that lasted several hours in Sunday's pre-dawn hours.

Affidavits and witness statements attached to the suspension order offer more details into what happened the night 19-year-old Pedro Alegria was killed.

Ontex's CEO Esther Berrozpe spoke to the crowd about how the new facility will provide new jobs and enrich the county's economy.
© Copyright 2022 Greensboro News & Record, 3001 South Elm Eugene St. Greensboro, NC 27401 | Terms of Use | Privacy Policy | Do Not Sell My Info | Cookie Preferences
Powered by BLOX Content Management System from TownNews.com.
You don't have any notifications.