You may not realize it, but every time you press your car’s gas pedal, you’re in the fast lane with the top “driver” of climate change.

Fossil-fueled transportation is the main source of emissions that are damaging our climate. But you can help change that by helping our state and federal leaders make smart, informed changes to our transportation options and infrastructure.

The BIL includes $7.5 billion to address the future of transportation: electric vehicles (EVs). The funds will help build out EV infrastructure through two programs: the Discretionary Grant Program for Charging and Fueling Infrastructure ($2.5 billion) and the National Electric Vehicle Infrastructure (NEVI) Formula Program ($5 billion). The charging and fueling infrastructure grants will initiate deployment of publicly accessible EV infrastructure. Even better news: At least 50% of the funding will create community grants within low- and moderate-income neighborhoods, rural communities and areas lacking private parking space. This means we can all benefit from a brighter electric vehicle future.

The NEVI program distributes funding to individual states to develop and deploy EV charging infrastructure along federally designated alternative fuel corridors. North Carolina is due to get up to $109 million to fill its role in a national network of 500,000 EV charging stations.

The N.C. Department of Transportation, government leaders and stakeholders have been developing an EV Deployment Plan to submit to the Federal Highway Administration. Later this year, there will be opportunities for the public to weigh in with the agency on community-based charging.

Aside from NEVI, North Carolina is developing its own Clean Transportation Plan as directed by Gov. Roy Cooper in an executive order that calls for statewide emissions reductions, sets a target for zero-emission vehicles (ZEVs), and emphasizes the need to advance environmental justice and equity in all measures.

The Clean Transportation Plan will target an overarching goal of decarbonization, with objectives to develop incentives and plan for a ZEV transition (light-duty vehicles and fleets); reduce vehicle miles traveled through enhancements in transit, safe bike and pedestrian infrastructure, passenger rail and other non-vehicle transit; and, of course, deploy EV charging and alternative fuels infrastructure via NEVI and other funding.

EVs are a top focus, but there is much more work to be done to ensure clean, safe, accessible transportation for all. Equity is key: Without an equitable transition, none of the plans will truly reach its potential. Low-income communities, people of color and those with disabilities are disproportionately affected by transportation problems. Whether it’s pollution from vehicle exhaust, lack of access to reliable public transit, unsafe or nonexistent walking/biking paths, or cost, these communities are heavily impacted by the current, woefully outdated transportation needs. In addition, rural areas are often left out of planning decisions and confront long commutes with limited transportation options.

It’s not just that 45% of Americans have no access to public transit: Black households are three times as likely as white households to have no access to a vehicle. And while 97% of Americans in urban areas have access to fixed transit service, that number falls to 65% and 60%, respectively, in rural areas and on tribal lands. A community can electrify its fleet and provide electric buses, but that won’t matter if people don’t live near a stop or can’t afford the fare. Private EVs won’t reduce emissions if folks don’t have access to charging stations or the vehicles themselves.

If you see these challenges in your own community, speak up! As grants for new, clean transit flow to our local areas and cities, we can participate by generating ideas for sustainability for all. Stakeholder workshops are happening now for the state Clean Transportation Plan; you can chime in when the draft is released for public comment in January.

You have the “power” to engage decisionmakers, guide funding and influence the changes needed to benefit each and every North Carolinian.

At the end of the road, you’ll be helping to drive a change for good.

A. Nicole Gaines is chair of the N.C. Chapter of the Sierra Club.

Allen Johnson: Does BYU deserve an apology over a disputed slur?

Was a slur heard round the nation ever actually spoken?

Leonard Pitts Jr.: What do the book banners and burners fear?

There are a few things you should be asking yourself right about now.

Leonard Pitts Jr.: This is not about immigration

Immigration is the last thing this is about.

Linda Lane: PRESERVING AFFORDABILTY: Developers and preservationists can work together

Since January, I had been holding my breath for a happy ending to a local preservation story.

An international relations expert joins the Utterly Moderate Podcast to assess the current state of the war in Ukraine.

Bill Pike: The earth shudders and the ACC moves to Charlotte

I wonder whether the U.S. Geological Survey detected any shifting of tectonic plates under the soil of the Piedmont of Virginia, North Carolin…

🎧 The hosts discuss how harm reduction can make the world a safer place.

I woke early Thursday at my home in West Tisbury, one of six small towns on the island of Martha’s Vineyard, to find deer munching my shrubs, … 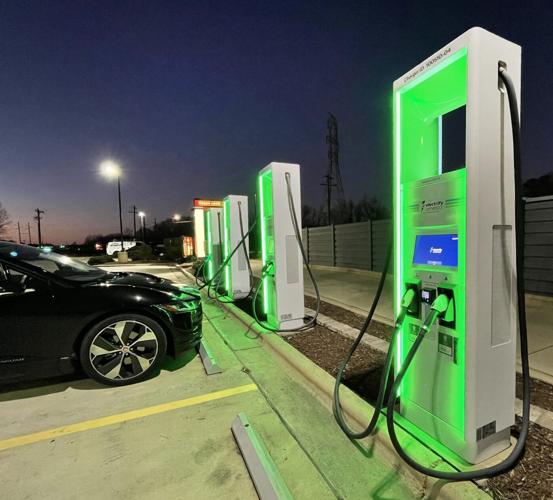 An electric vehicle being charged at an Electrify America charging station at a Sheetz convenience store along I-85 in Hillsborough in 2021. 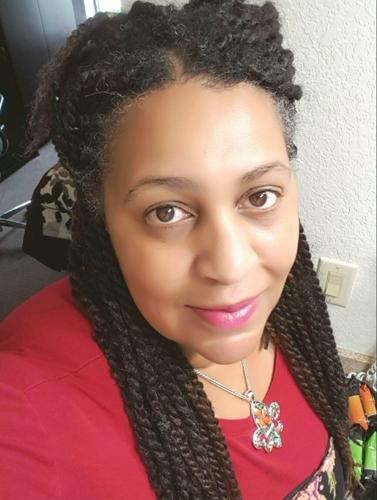