The old saying “Revenge is a dish best served cold” is understood to mean it is better to deliver retribution for a perceived or actual injustice after time has passed, in order for it to be done dispassionately.

Sometimes it is better not to serve that dish at all.

Like perishable food left unrefrigerated, a different kind of “bacteria” can infect the nation.

Dispassion is in retreat in Washington and instead of revenge being served cold, Speaker Nancy Pelosi and many other Democrats are turning up the heat.

Some conservatives I hear from believe Democrats are trying to impeach President Trump for a second time and even deny him the right to ever hold public office again because they fear his policy successes and the 74 million who voted for him.

They are after more than revenge. They are engaging in vindictiveness.

President-elect Joe Biden has called for healing and unity, but he, too, has contributed to turning up the heat with some of his anti-Trump and anti-Republican comments. This proves a point I have previously made. The antithesis of the Proverb “a soft answer turns away wrath” is that a hard answer increases wrath. It can be argued that all of Trump’s personal insults of others have now circled back to attack him.

If Pelosi and her fellow Democrats proceed with their threats to impeach, it will only further divide the country, deepen conspiracy theories, possibly lead to more violence and hinder the confirmation of Biden’s nominees for critical offices. It could also embolden our enemies.

The model for dealing with a president many feel has disgraced himself and the office of the presidency is what Gerald Ford did for former President Richard Nixon following Nixon’s resignation over the Watergate affair.

On Sept. 8, 1974, Ford pardoned Nixon. He said among his reasons was a Senate trial would take up to a year and “in the meantime the tranquility to which this nation has been restored by the events of recent weeks” — meaning Nixon’s resignation — “could be irreparably lost by the prospects of bringing to trial a former president of the United States.”

Ford continued in his pardon announcement: “The prospects of such a trial will cause prolonged and divisive debate over the propriety of exposing to further punishment and degradation a man who has already paid the unprecedented penalty of relinquishing the highest office of the United States.”

True, President Trump’s situation is different. He hasn’t resigned or suffered from his actions, real and alleged. But the principle is the same.

This vindictiveness has spread to members of the White House staff and even to Trump supporters in Congress. There have been calls, including from Forbes magazine, for such people to be denied future employment as punishment for their association with Trump. Forbes' editor, Randall Lane, warns companies that might hire Trump press secretaries they should assume everything they say is a lie.

This is reminiscent of the Hollywood blacklist, the “Red Scare,” and the McCarthy era. Where are the principled people who courageously stood up against those smears? If they don’t stand up again now, they risk possible future harm to themselves and to the country.

Corporations, like Deutsche Bank, have announced they will no longer do business with Trump. For them he has the equivalent of a scarlet letter stamped indelibly on his chest.

The best policy to follow is to allow Trump to leave office and let the justice system work. If crimes have been committed let them be dealt with in the courts, but it is better to build a better future than to dwell on a bitter past. Vindictiveness will only turn him into a martyr in the minds of his supporters. That, too, will not be good for the country.

David Campt: A dozen do's and don't's for effective dialogue in trying times

The calendar has turned to a new year, but the challenges of having an effective dialogue with people on the other side politically remain.

Allen Johnson: America keeps surprising me ... for better and for worse

I owe a co-worker a six-pack of Evian.

David Campt: A dozen do's and don't's for effective dialogue in trying times

The calendar has turned to a new year, but the challenges of having an effective dialogue with people on the other side politically remain.

The mob violence that occurred at the U.S. Capitol on Wednesday was deplorable and disgusting. It is the antithesis of a free society that wis…

Sixty years ago this week, a new governor set North Carolina on a new course.

L.B. Gallien Jr.: Why we should support Guilford College

Over the past year, two private colleges in Greensboro, (Guilford and Bennett)  have been staring down the precipice of either immediate or ne…

George F. Will: Hawley, Cruz and the three-party system

WASHINGTON — On a conference call last Thursday, Senate Majority Leader Mitch McConnell told his caucus that, in his 36 Senate years, he has t…

Carver College basketball coach 'not discouraged at all' by 0-22 record heading into Saturday's game at N.C. A&T

Speaker Nancy Pelosi, D-Calif., and fellow Democrats in the House have moved to impeach President Donald Trump for a second time. 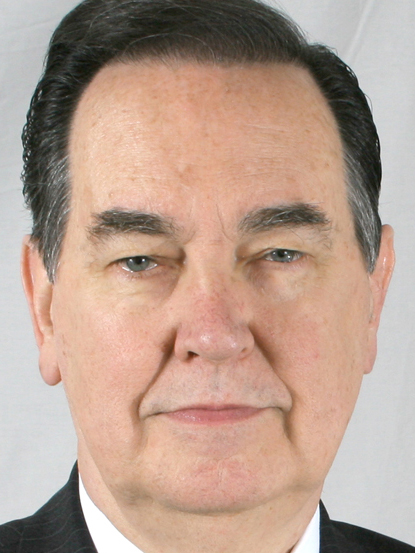