Dr. Anna Shaw and Carrie Chapman Catt, founder of the League of Women Voters, lead an estimated 20,000 supporters in a women’s suffrage march on New York’s Fifth Avenue in 1915. 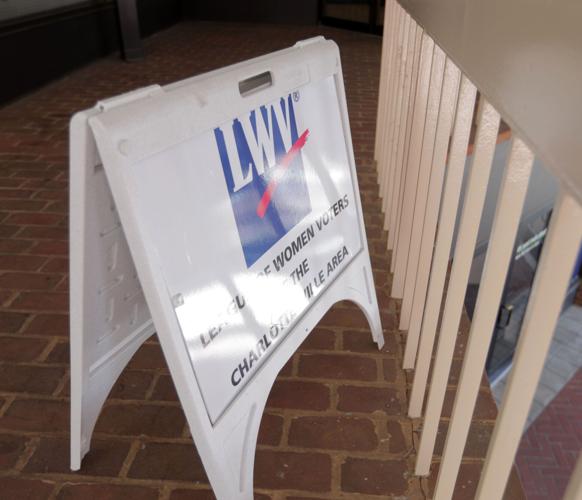 The League of Women Voters is a nonpartisan organization designed to educate women for good citizenship and to work for progressive legislation to build a greater nation.

League of Women Voters of Greater Omaha Sandy Wagoner in costume for suffragette parade on March 25, 1974.

On Oct. 7, 1920, a meeting of lasting significance occurred at the recently completed Guilford County Courthouse. The 19th Amendment had been ratified, giving the women of North Carolina the right to vote, and the suffragists, who had worked long and hard for this victory nationwide, realized that their work was not complete. The newly enfranchised women now needed help navigating the unfamiliar voting process and becoming informed voters.

Thus, Gertrude Weil of Goldsboro, president of the Equal Suffrage Association of North Carolina, issued a call for members of all women’s organizations throughout the state to come to Greensboro on Oct. 7 to found a North Carolina League of Women Voters in alliance with the newly established National League of Women Voters. The league was a nonpartisan organization designed to educate women in good citizenship and to work for progressive legislation to build a greater nation. It was to begin the work of educating the newly enfranchised voters through citizenship programs throughout the state that taught them how to register to vote, how to choose a political party and how to learn about candidates running for the various offices — all in time for the presidential election in November.

More than 100 women from throughout the state answered the call. Weil was elected chairman of the new organization and several prominent Guilford County women were chosen for leadership roles: Laura Cone and Helen Brooks of Greensboro; Harriet Elliot of the State College for Women; and Clara Cox of High Point.

Carrie Chapman Catt of New York, the last president of the National American Equal Suffrage Association, and Maud Wood Park of Boston, the first president of the U.S. League of Women Voters, also attended. Park gave an address that evening to a full house in the Guilford County courtroom. By the November 1920 election, the league had registered more than 120,000 women to vote in North Carolina.

On Oct. 7, the League of Women Voters of North Carolina and the League of Women Voters of the Piedmont Triad will host two events to commemorate that meeting long ago. At 11 a.m., inside the courtroom at the now Old Guilford County Courthouse, a program will recognize the leadership of Gertrude Weil and celebrate the 100-plus years of league service in North Carolina. Following the program, a William G. Pomeroy “National Votes for Women Trail” marker and a monument, a gift from the Tannenbaum-Sternberger Foundation Inc., both honoring Gertrude Weil, will be unveiled.

Later that same day, at 3 p.m., at the International Civil Rights Center and Museum, the LWVNC and LWVPT will present “Show up, Stand up, Speak up: This is our Time” by author, scholar and activist Dr. Carolyn Jefferson-Jenkins, the only African American to serve as president of the U.S. League of Women Voters during its first 100 years. Her latest book, “The Untold Story of Women of Color in the League of Women Voters,” will serve as a basis for her presentation. The book is available at Scuppernong Books and a signing opportunity will follow the program.

As the league celebrates more than 100 years of vital civic work in North Carolina, it remains faithful to its original purpose: a nonpartisan organization working to empower voters and to support our democracy to build a greater nation. Every day, the league, be it on the national, state or local level, does the work for which it is best known: registering voters and providing reliable, nonpartisan information about candidates and issues. After extensive research and study, we also adopt positions on issues facing our democracy and encourage the active and informed participation of citizens in government through increased understanding of major public policy issues.

On Sept. 28, LWVNC and LWVPT will support democracy through the Carter Center’s Trusted Elections Tour in Greensboro, one of 14 town halls across North Carolina. The goal: to provide information on the electoral process, to rebuild trust in our voting system and to strengthen civil discourse.

Led by former Charlotte Mayor Jennifer Roberts and former N.C. Supreme Court Justice Bob Orr, the Trusted Elections initiative is supported by civic, business and religious leaders, and citizens from both sides of the political aisle. The Carter Center, a nonpartisan organization established in 1982, has been monitoring elections in other nations for decades. In response to concerning levels of polarization, disinformation and the loss of support for basic democratic norms, the center decided to also focus attention on elections in the U.S. The League of Women Voters and the Carter Center are working together to protect democracy.

WHAT: The Trusted Elections Tour

Allen Johnson: I don't like this book so nobody gets to read it

Into every life some rain must fall.

Robin Adams Cheeley: 'Live. Right now. Don’t think you have all the time in the world. '

Mrs. Earlene Dennis (that’s right, I said “Mrs.” because a Southern momma raised me to respect my elders) sat recently in front of the county …

Justin Harmon: Learned helplessness. Are we raisiing a generation of coddled Americans?

‘Pressure is a privilege.”

Leonard Pitts Jr.: Have we finally learned our lesson?

Joe Killian: As UNC Board of Governors eyes searches, chancellors reflect on their roles

As the UNC System’s Board of Governors mulls further changes to its chancellor search process, it is tackling the challenges of hiring and ret…

Charles Davenport Jr.: What makes it a 'hate crime'?

If a Black, heterosexual female is murdered by a white, bisexual female, does that constitute a hate crime? If a left-handed, gay Asian man mu…

Wealth and income inequality have recently gone down in the U.S. and other parts of the West, and the decline has been going on for the better…

The mass shootings in Virginia and Colorado again call attention to the nation’s gun problem, but how deeply guns are embedded in everyday lif…

RALEIGH — I’m a fiscally conservative North Carolinian — and I think state taxes should be significantly higher.

Is effective altruism useful when deciding how to help others? | The Ethical Life podcast

🎧 The hosts discuss whether this movement, which has gotten much attention after the fall of FTX, is an effective way to tackle society's biggest problems.

Max Duggan turned comebacks into art. Can TCU’s QB do it once more with Heisman?

'I'm just trying to be real to me.' Heisman finalist Caleb Williams comes into his own.

Tyree Appleby making an impact for Wake Forest with his experience, speed and scoring ability

Dr. Anna Shaw and Carrie Chapman Catt, founder of the League of Women Voters, lead an estimated 20,000 supporters in a women’s suffrage march on New York’s Fifth Avenue in 1915.

The League of Women Voters is a nonpartisan organization designed to educate women for good citizenship and to work for progressive legislation to build a greater nation.

League of Women Voters of Greater Omaha Sandy Wagoner in costume for suffragette parade on March 25, 1974. 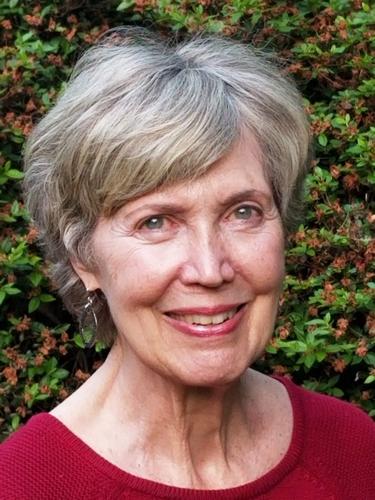