People participating in the Houston Women’s March against the Texas abortion ban listen to speakers at City Hall in Houston on Oct. 2.

Don’t you find it ironic that most of the people making laws and pontificating about women’s abortions are men?

It is just one of many ironies. For instance, the “my body, my choice” movement proclaims a person’s rights when it comes to requiring masks or getting vaccinations, but that doesn’t seem to connect with women being able to control their bodies. Am I missing something?

The whole right-to-life movement talks about the “sanctity of life” as the reason not to abort, but most right-to-lifers seem to be OK with terminating a life through capital punishment. Where’s the sanctity there?

I need to proclaim that I am not an all-in supporter of abortion at any time or for any reason. In too many instances abortion has become a birth control method, especially in younger women. My wife Lib remembers her undergraduate days in a time before abortion was legal. When girls in her college dorm got pregnant (yes, it happened more frequently than most of us knew) there was a lot of distress about what could be done. These coeds knew of “some woman” in the county who could take care of the problem. It often employed using coat hangers in unsanitary conditions. Some of the girls were maimed, unable to ever have children.

Don’t look for me at rallies that advocate abortion any time and most any reason, but there are some legitimate situations that should be allowed.

A member of our family had health conditions. Her doctor — a respected physician — told her that both the life of the fetus and her own life were in jeopardy. I can tell you this was an agonizing and traumatic decision for the young couple, but in the end they chose life ... the mother’s life. It left an emotional mark, but they were glad they made that decision, because later they had healthy babies.

In cases of rape or incest there is no moral or religious reason why a woman should be forced to have the baby. And there should be no legal reason, either.

Two main questions surround this discussion.The first involves when a fetus is “viable.” Texas’ new law is absurd. Some women don’t even know they are pregnant at six weeks. Studies indicate that 99% of abortions occur before 21 weeks. Later-term abortions are generally made because of threatening medical conditions.

The second is to answer what is considered excessive restrictions? When the U.S. Supreme Court opened its new session last week one of the cases before it concerns whether to uphold Roe v. Wade or declare it unconstitutional. Previous courts have consistently upheld the 1972 law supporting a woman’s liberty to choose to have an abortion without excessive government restriction. The question is: What is excessive?

The bottom line is that an abortion decision should always be made between a woman, her family, her doctor and her god. Not a bunch of self-righteous old men who never had to face the consequences. These lawmakers should be forced to take the children they mandated and support them. Did I really write that?

More men need to stand up for women! This shouldn’t be a movement of mostly women. The best I remember biology, these women would not be in this situation were it not for some guy.

One final thing needs to be said. No court, no law, no religion and no political party will ever stop abortions. Do we really want to return to the dark days of coat hangers?

Tom Campbell is a Hall of Fame North Carolina broadcaster and columnist who has covered North Carolina public policy issues since 1965. He recently retired from writing, producing and moderating the statewide half-hour TV program “NC SPIN” that aired for 22½ years. Contact him at tomcamp@carolinabroadcasting.com.

Allen Johnson: They razed paradise. And put up a zip line.

Nestled uneasily in a rising ocean of apartments, strip shopping centers and gas stations, Greensboro’s Country Park remains one of this city’…

At around 4 p.m., nurse Lydia Bohinski begins her day.

At 75, I’m retired from a lifelong career in architecture, and I feel the need to speak out. Our nation recently joined people around the worl…

Wayne Journell: Tanger Center should enforce its own rules

Last Saturday, Oct. 9, my wife, my 8-year-old daughter and I attended the matinee performance of “Wicked” at the Steven Tanger Center for the …

Richard Kyte: Why finding a 'third place' is important to you — and to America

Commentary: People who have a regular third place expand their circle of friends, laugh more often, are more engaged in their community, are happier and live longer.

Lt. Gov. Mark Robinson is officially the highest-ranking Republican official in state government. It’s expected that he will run for governor …

Beth McKee-Huger: Renters who are stuck in the middle need help

When her family first came to Greensboro, Irene found a job as a school bus driver and moved into an apartment with rent only slightly more th…

Lee Mortimer: Pennsylvania shows the way to fairness in redistricting

Legislators in Raleigh have kicked off another round in the never-ending battle over redistricting. There’s talk about making districts compac…

Todd Unzicker and Adam Clark: Christians must heed the call to welcome Afghan refugees and other vulnerable immigrants

More than 1,000 Afghans will resettle in North Carolina in the coming months after fleeing violence and oppression from the Taliban. When they…

RALEIGH — I’ve been spending a lot of time recently in conversation with right-leaning leaders, policy experts, donors and activists. My purpo…

No. 14 Coastal Carolina to visit Appalachian State on Wednesday night

People participating in the Houston Women’s March against the Texas abortion ban listen to speakers at City Hall in Houston on Oct. 2. 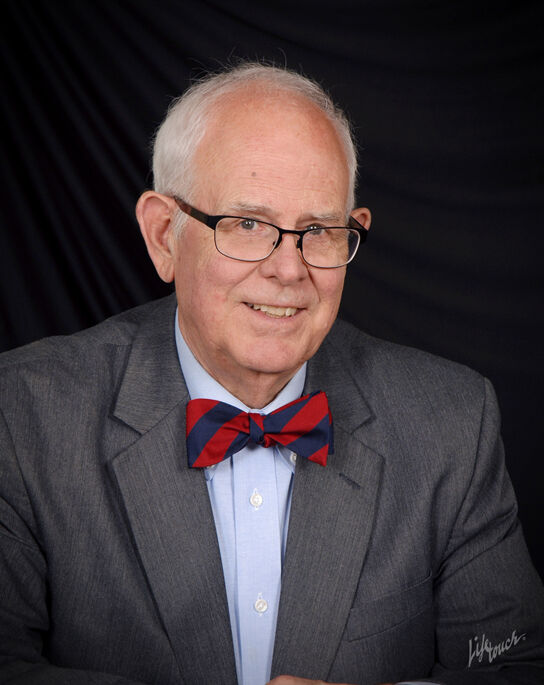