Paint and protest graffiti covers the Jefferson Davis Memorial June 7 in Richmond, Va., following a week of unrest in the U.S. against police brutality and racism in policing. Jefferson Davis was the president of the Confederate States of America during the Civil War.

A demonstrator protests July 10 in front of a Civil War statue at the State House in Columbia, S.C. Demonstrators on both sides gathered for the five-year anniversary after the Confederate battle flag was removed from the State House grounds after a two-thirds vote by the Legislature. 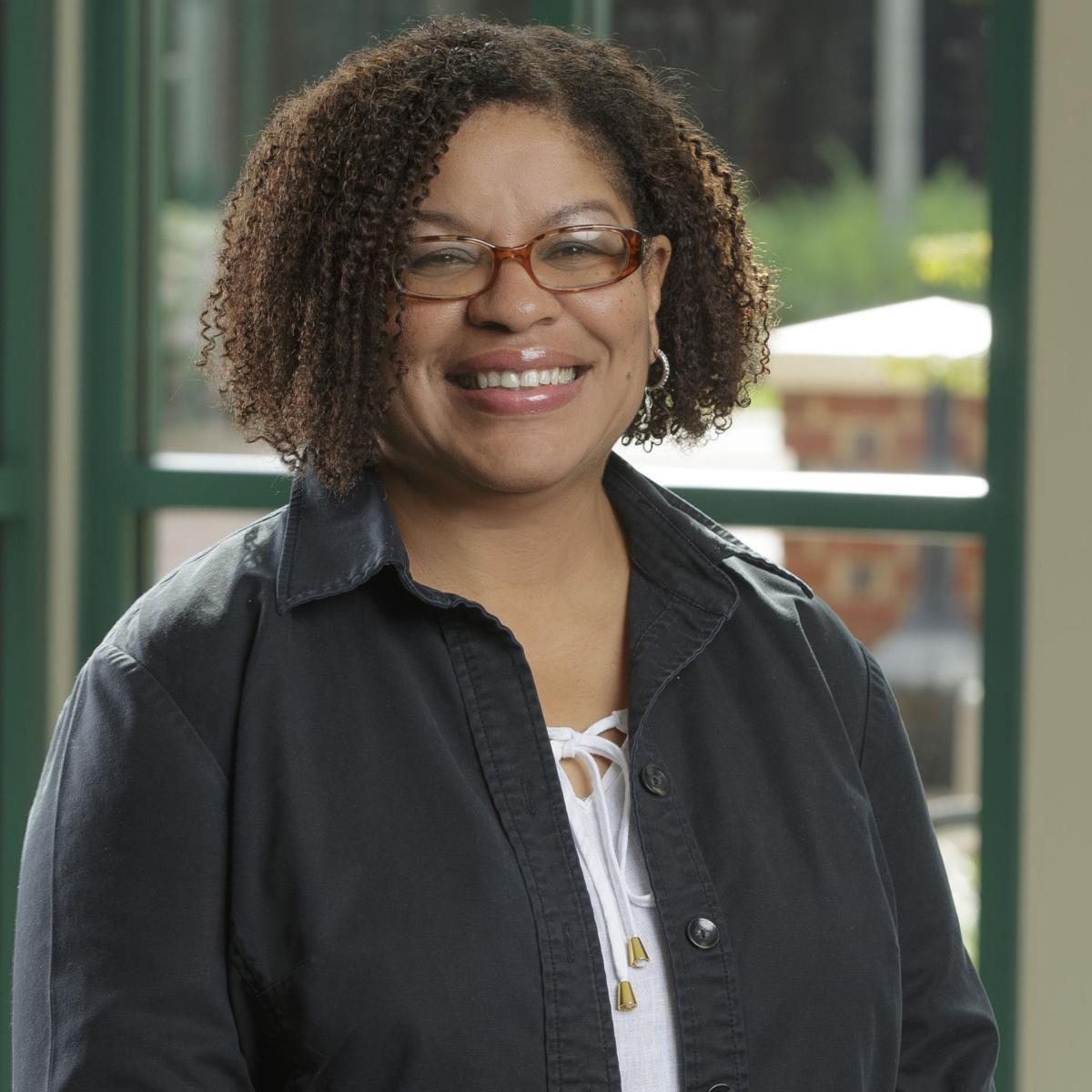 Paint and protest graffiti covers the Jefferson Davis Memorial June 7 in Richmond, Va., following a week of unrest in the U.S. against police brutality and racism in policing. Jefferson Davis was the president of the Confederate States of America during the Civil War.

A demonstrator protests July 10 in front of a Civil War statue at the State House in Columbia, S.C. Demonstrators on both sides gathered for the five-year anniversary after the Confederate battle flag was removed from the State House grounds after a two-thirds vote by the Legislature.

I am a child of the South. I was born in the Jim Crow era and attended segregated schools in Greenville and Spartanburg counties in South Carolina until 1969, when the Supreme Court finally told the South that “time was up.”

I then transferred out of my all-Black elementary school to an integrated district where the mascot for my high school, James F. Byrnes, is still the Rebel.

It was at this high school that I started to hear a strange discourse about heritage and “lost causes,” how a great society was stolen from Southern whites by Northern carpetbaggers and unintelligent, bestial Black men. This fictional narrative was promoted in history books, like those by Mary Sims Oliphant, that spoke of loyal and happy slaves better off in bondage than living free on that heathen continent of Africa.

In these reconstructed storylines, slave owners were benevolent Christians and white Southerners fought a just war.

The perniciousness of this heritage argument is that it’s entirely about what white people lost. In this retelling of history, my ancestors and their descendants lost nothing because we owned nothing. We did not have a heritage to fight for or to die for because, after all, we were only three-fifths human.

Because there’s no inclusion of Black people in the heritage story, we do not learn of people like my paternal grandmother, who was in a store with my uncle when he was a boy and accidentally stepped on a white woman’s foot. The woman responded by threatening to slap my uncle, to which my grandmother replied, “You didn’t have a Black child and if you slap mine I will run through you like a dose of salt.”

That night the Ku Klux Klan broke into my grandparents’ home intending to harm the family. Grandpa ran them off with a shotgun, which he, like many Black men, kept next to the bed. The next day he loaded his family into a horse-pulled buggy and headed to Welford, S.C., leaving his farm behind.

We also never hear of people like my maternal grandmother, who sent four of her seven children to college but was denied that privilege herself. She spent her entire life working minimum-wage jobs as a maid and a store clerk, yet was very literate for that day and owned her home.

We also never learn of people like my parents. My mother was the oldest of seven children who never finished high school; my father, the youngest of 11 children, did not get past the eighth grade because he needed to work. My parents worked low-wage and low-skilled jobs in school cafeterias and mills for most of their lives. They also started such businesses as a neighborhood store and a nightclub, where they worked nights and weekends to support their seven children. Because they stressed education to us, all of their children finished high school, six of their children went to school past high school and four finished with college degrees.

So, how did we get to a place where an argument of a positive heritage for white folks ignores the impact of their good life on Black people? Because that’s what those Confederate statues and that flag represent to me: an attempt to recast the history of white oppression that required the subjugation of Black, brown, yellow and red people in order to maintain a cheap labor pool and to ensure that elite whites enjoyed all of the benefits of citizenship (the right to vote, own land, determine guilt and innocence, and kill Black people without penalty). Obedience to this system of governance was assured by the state through segregationist laws, government violence, civil terrorism, poor education and dire poverty.

In clinging to this heritage argument, white Southerners who still insist there is something pure about their history are really clinging to notions of white supremacy — something they know, or should know, by now.

But history doesn’t work this way. Truth eventually wins out. Langston Hughes lamented in his poem “I, Too, Sing America,” that he is an American. I sing the South because I, too, am a Southerner. My ancestors tilled this land, died on this land and fought for a more just society for my brothers and sisters. We owe it to them to continue the fight to force America to keep the promises it made about equality, citizenship and the right to pursue happiness — promises that are yet to be fully realized.

Southern heritage is my inheritance, too! It is the birthright of all Black people, and for us, it is a damning gift of violence, malevolent intent and dehumanization. Black America is demanding a true historical reckoning that includes the telling of the full American story, all of it, because until these myths are torn down we will never get to a true reckoning.

Teresa Cosby, J.D., is a professor in the Department of Politics and International Affairs at Furman University, specializing in constitutional law and racial and ethnic politics.

Ed Hardin: Sedgefield becomes a test as the Wyndham heads to the weekend