RALEIGH — A Greensboro native went from factory worker to viral video sensation to North Carolina's next lieutenant governor in less than three years.

And Mark Robinson's win against his opponent, Democratic state Rep. Yvonne Holley, on Tuesday was historic.

He became the state's first Black lieutenant governor, the second African American elected to North Carolina's Council of State and the first African American Republican to win a major seat since the 1800s.

Robinson, 52, said his family never spoke about politics growing up. But his mother talked about her faith, the Bible and morality often with her children. He said it was those discussions growing up that led him to the Republican Party in the 1990s.

Robinson's beliefs, platform and message seemed to appeal to voters.

In April 2018, a video of Robinson calling on Greensboro's City Council to protect his gun rights went viral after it was posted on YouTube.

Robinson said he felt compelled to speak to the council after learning that there was discussion of banning the annual gun show at the Greensboro Coliseum Complex in response to the Parkland High School shooting in Florida.

It was at a time when gang violence and fatal shootings were also on the rise in Greensboro.

"I am the majority," Robinson said in the video, his voice booming into the microphone.

By "majority" he meant law-abiding citizens who own guns. He said he thinks those people are the first to be punished whenever someone is killed.

"It seems like every time we have one of these shootings nobody wants to put the blame where it goes, which is at the shooter's feet," Robinson said. "You want to put it at my feet."

Robinson accused the council of violating his Second Amendment rights.

"You want to restrict my right to buy a firearm and protect myself from some of the very people you're talking about in here tonight," Robinson said.

He said if the law banned guns he would listen, but he wouldn't let them take away his rights without a fight.

"The bottom line is when that Second Amendment was written, whether the framers liked it or not, they wrote it for everybody, and I'm everybody and the law-abiding citizens of this city are everybody and we want our rights and we want to keep our rights," Robinson said. "And by God, we're going to keep them, come hell or high water."

The four-minute video has been seen more than 150 million times, according to Robinson's campaign website.

The video also caught the attention of the National Rifle Association. He became an NRA member that year and part of the organization's National Outreach Board.

The organization made a commercial based on his speech.

Robinson was virtually unknown before the video went public. He said he grew up poor in Greensboro as the ninth youngest of 10 children.

Robinson said he is the product of domestic violence and an abusive, alcoholic father. Eventually he and his siblings found themselves in foster care. The children were eventually allowed to move back home with their mother, who had become a devout Christian.

Near the end of high school, Robinson joined the Army Reserves and served three years as a medical specialist. He worked at a pizza chain and at several furniture factories around the Triad as an upholsterer, a material handler and  supervisor.

Robinson said he began teaching and that led him back to college to study history, with plans to become a college professor.

Robinson had no political experience when he decided to run for lieutenant governor. He was one of 15 people vying for the nomination in the primaries after current Lt. Gov. Dan Forest, a Republican, announced he was running for governor. Forest lost that race.

A position on the Council of State comes with a $136,699 annual salary. The lieutenant governor position offers little real power. The position oversees the state Senate but only has voting power in a tie.

Unlike Robinson, Holley had been in politics and served on the N.C. House of Representatives for four terms.

Political scientist Chris Cooper, who teaches at Western Carolina University, said there are three components that may have led voters to choose Robinson over Holley.

"Obviously there was a Democratic governor and Republican lieutenant governor before the election," Cooper said. "There is some sense in North Carolina that maybe there's, you know, some folks that might want some balance, particularly for an office like lieutenant governor where they just simply don't know a lot about the position."

Cooper also speculates that the different campaign strategies from Robinson and Holley may have played a factor as well.

Robinson and his fellow Republicans didn't shy away from holding gatherings around the state, despite warnings from health officials that it was unsafe to do so in the middle of a pandemic.

The News & Observer previously reported that he had made derogatory comments about the transgender community, Muslims, a Jewish filmmaker and others.

Robinson told The News & Observer last week that he does not think anything he posted on social media should "raise an eyebrow," nor are they controversial.

"The fact that people were making a big deal out of that while we had major cities on fire and I had to say whether or not I would defend the beliefs, I think, quite frankly, was sad," Robinson said.

Cooper said that controversy has been part of Robinson's brand. Unlike U.S. Senate candidate Cal Cunningham, who painted himself as a family man before he was caught in a scandal involving affairs, Robinson never drifted from how he characterized himself, Cooper said.

Robinson said that regardless of his own views, he has spent his entire career putting those opinions aside for the good of his work. He said he will continue to do that in office.

"In anything that you do you have to have a sense of maturity," Robinson said. "I'm a person who has very strong opinions about a myriad of things — social opinions, political opinions — but those opinions are gonna be secondary when it comes to serving the people of North Carolina."

Behavioral Health Urgent Care at 931 Third St. in Greensboro saw its first patients on Monday. The care center will provide acute behavioral health care 24 hours a day, seven days a week for both adults and adolescents, officials said in a news release.

From poison ivy to elderberry: A guide to some of N.C.'s most dangerous plants

Some of the plants are native, and some are invasive, having infiltrated the landscape from cultivated specimens. And many of those plants can be quite dangerous — even fatal — to humans and animals (both pets and livestock).

Adrian Martinca, founder and chairman of the nonprofit Technology for the Future, said he and his younger sister have been working with a Winston-Salem-based immigration attorney to try to halt their deportation.

The man was located on the Big Loop Trail at Bur-Mil Park, police said.

Greensboro officer directing traffic after a crash is hit by van, police say. She has serious, but not life-threatening injuries.

Sgt. CD Vaughn was directing traffic about 5:45 a.m. on West Wendover Avenue near South Edwardia Drive when she and her police SUV were struck by a Dodge van, police said in a news release. She was taken to the hospital with serious injuries that are not considered life-threatening, police said.

According to NASA, the scientists' research "may help enable the growth and long-term survival of thick three-dimensional tissues for research and therapeutic applications, and eventually organ bandages and replacements."NASA said Wednesday that the prize competition "aims to accelerate tissue engineering innovations to benefit people on Earth today and space explorers in the future."

Armani McKellar just graduated from Andrews High. If she can afford it, college is next. It's what her mom wished for her.

She wants to go to High Point University, and she’s got some scholarship money. But she needs more funds to make it to HPU, and everyone from a school counselor to the principal at Andrews High is working to make that possibility become a reality for Armani, who was 13 when her mom died.

A police spokesman identified the hiker as Howard Huey Shepherd, 64, of Greensboro.

Bicyclist killed after being hit by vehicle early Saturday in Burlington, police say

Police, fire and EMS responded about 5:30 a.m. Saturday to the 2500 block of South Church Street and found that Stormy Lundy, 25, no address given, was riding a bicycle in the westbound lane of the street when a 64-year-old woman traveling west hit him with her vehicle, police said in a news release. 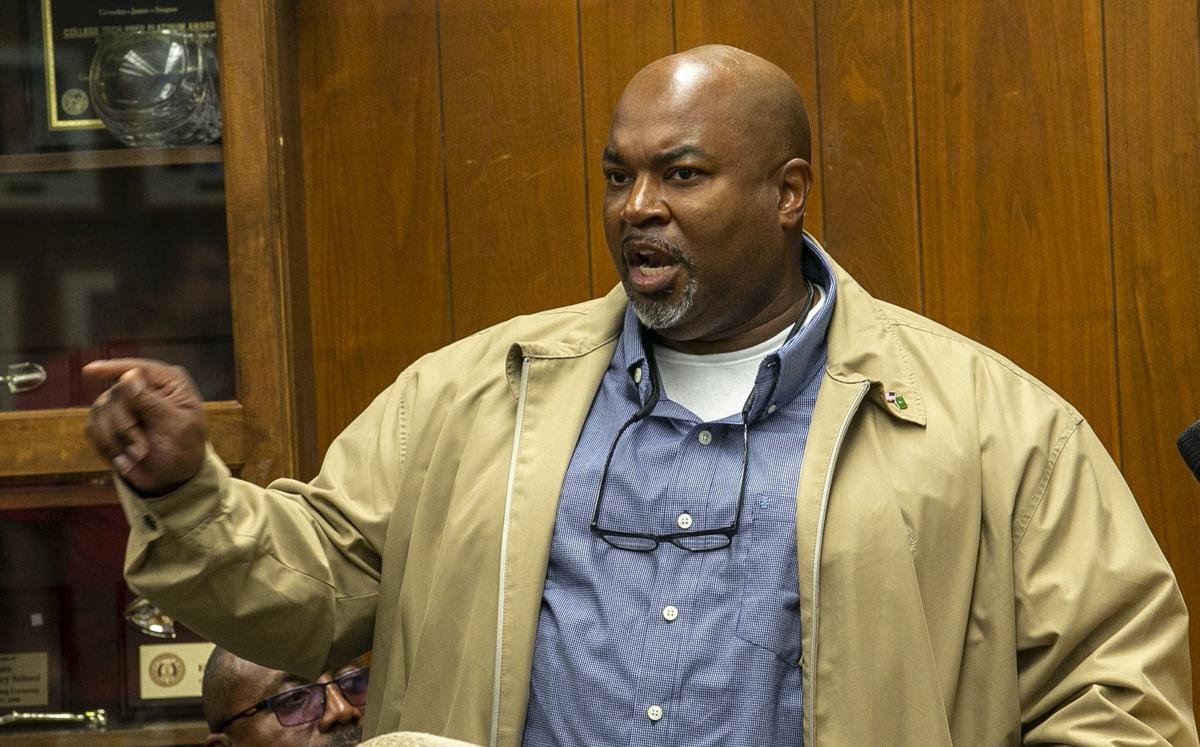 Mark Robinson of Greensboro speaks to the Guilford County school board in 2019. His gun rights speech at a Greensboro City Council meeting in 2018 drew the attention of conservatives. 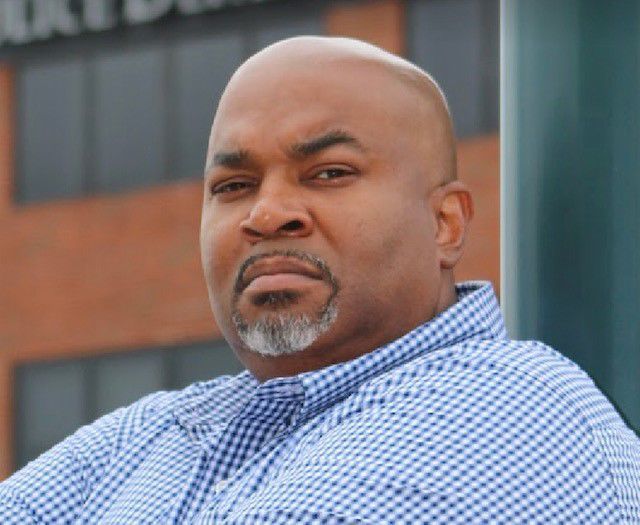