This picture of the cab company, taken in 1950, hangs in the Settle Street office. 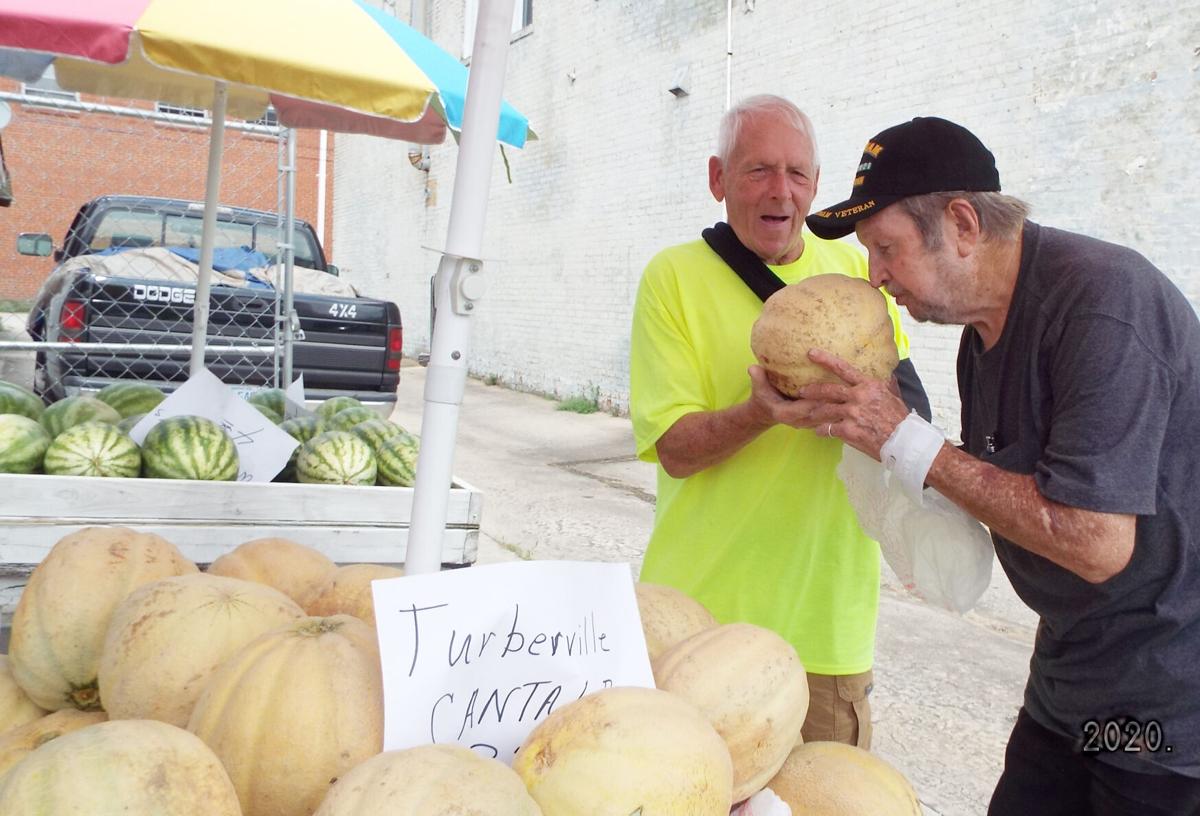 A faded picture hanging in the office shows Ed Meeks Sr. beside the 1945 Ford cab he used to start Central Cab Service on Aug. 13, 1945. 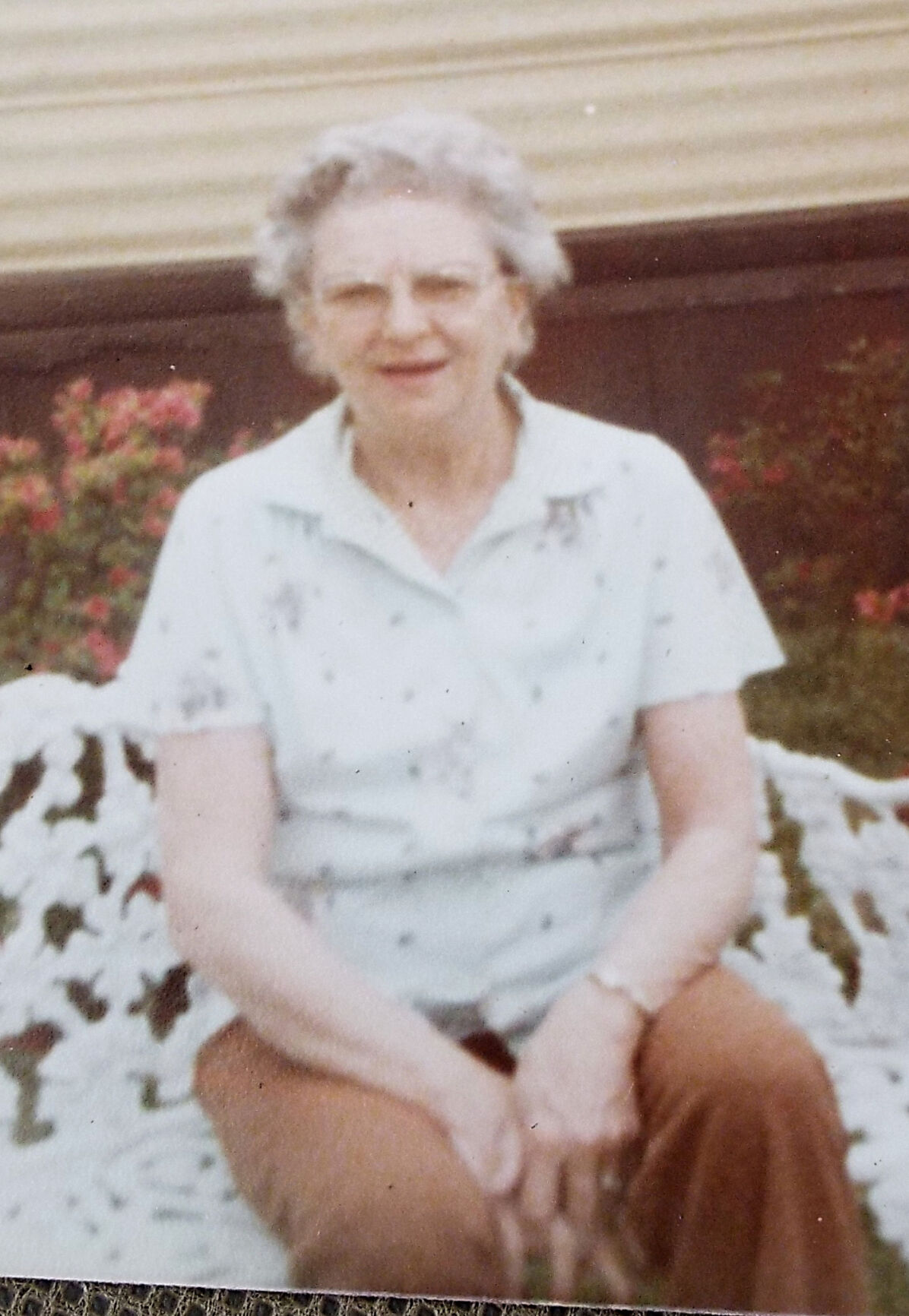 REIDSVILLE – Ed Meeks Sr. had only one 1945 Ford taxi cab when he opened Central Cab Service on Aug. 13, 1945 in an old service station across from The American Tobacco Co. on North Scales Street.

He charged 35 cents for trips within Reidsville city limits.

At one time, the enterprising Meeks and his wife, Ruby, had six businesses. The others were Main Street Produce, Western Union, Reidsville Trailer, S&S Bonding Co. and Carolina Motel.

At the height of their taxi business, they had 20 cabs, operating 24 hours a day, seven days a week, Ed said recently.

In the early 1950s, they ran about 10 trips each morning, picking up tobacco company employees at their homes and dropping them off at the factory, then taking them home again each afternoon, he said. The trips were scheduled so employees who lived near each other shared their rides to work.

In its heyday, Central Cab delivered prescriptions and other medical supplies for Carolina Apothecary, Belmont Pharmacy, Davis Pharmacy and Link Brothers Pharmacy, but like most modern pharmacies, they now have their own drivers.

Their trips often ranged outside of Reidsville, including some as far as Myrtle Beach and Columbia, S.C., Alexandria, Va., and Boston, Mass. Many trips were made to the airports in Greensboro and Raleigh. The longest trip was to Miami in the 1970s.

Of course, they delivered the Western Union telegraphs.

In the late 1940s through the mid-1950s, Central Cab had two limousines that carried members of minor league baseball’s Reidsville Luckies to games they played throughout the area, including Burlington, Greensboro, High Point, Fayetteville and Durham where they faced off with the famed Durham Bulls of the movie fame. In 1954 and 1955, Ed Jr. was the team’s bat boy.

The business has had several homes. Shortly after opening, the company moved to a small building between the old Sears building and the bus station on North Scales Street. In 1958, they relocated to 301 South Main St., where Carter Bank is now. But since 1976, they have been based at 230 Settle St. and are sometimes listed online under the name Central Taxi.

From the time they were small, all six Meeks children helped in the business. Ed said he “spent a lot of days and nights taking phone calls and dispatching taxis all over the city and sometimes, county.”

“I started driving a cab the day I turned 18,” Mark said. “Mama put me behind the wheel in 1978 when I was old enough to get my chauffer’s license.”

Back then, many families did not have cars and depended on the taxis for all of their transportation needs that couldn't be met by walking.

“I used to take kids back and forth to schools back in the ’80s,” Mark said.

In those early years, school buses only transported students who lived outside the city limits. Although Central Cab took some children to their schools daily, most times, those services were only required when it was raining or very cold.

Often, someone might call a taxi to pick up several family members, drop them off at a store downtown and then pick them up at another store when they finished shopping. These customers did all of their shopping at once because taxi service was their only means of transportation.

Since the A&P was next door to the Settle Street cab stand, many customers depended on Meeks’ cabs to get their groceries home, Ed said.

Johnny started helping with produce and dispatching when he was 14, but began driving the cab when he turned 18. At that time, in the mid-1960s, it cost 50 cents a person to hire a taxi.

In the 1980s, Central Cab contracted with the Rockingham County school system to transport special needs children to school each day. That ended when the system purchased small buses equipped with wheelchair ramps.

Between 2005 and 2017, Mark transported Goodwill Industries workers to the store’s Freeway Drive location where Goodwill vans took them to work five days a week in Greensboro. In 2017, the Greensboro site closed.

“I’d go get them and bring them out there (on Freeway Drive) and they’d get on the van and go to Greensboro, and then they’d bring them back out there and I’d take them back home,” Mark said.

“When the city buses started operating back in 2014, that really hurt our business,” Mark said.

“You see a lot of different things,” said Ed, a 1960 Reidsville High School graduate. “You picked up all different kinds of people.”

But throughout the years, the brothers said they never had any threats or problems.

“Safety has never been a problem,” Mark said, “It’s been pretty good.”

Just in case, though, Ed admits, “I kept my stick pretty close by.”

Although all the businesses except the cab stand have closed, Ed still operates the produce stand on Settle Street. He sells seasonal produce acquired from Pinehurst, Winston-Salem and Turbeville, Va. Many produce customers are regulars.

Because most people now have cars, the cab stand only has two vans for services. Johnny works Mondays and Tuesdays, and Ed works on Wednesdays through Saturdays while Mark is there on Sundays.

“Always at the first of the month, when the checks come out, we are busy,” said Ed, who also sells produce on weekends at the Eden Flea Market on Van Buren Road in Eden.

In 1972, Ed went to work at P. Lorillard Tobacco Co. in Greensboro. Shortly after Miller Brewing Co. opened in Eden in 1978, he took a job there but was laid off in 1986. He worked for Carolina Commercial Heat Treating for 18 years.

A 1969 Reidsville High School graduate, Johnny worked at MacField as a laboratory manager for 13 years before enrolling in RCC’s welding course. He earned his American Welding Society certification, then “hit the road,” he said. He was a union welder for 28 years and traveled throughout the East Coast and states along the Gulf of Mexico.

After retiring, Johnny welded locally until he retired 2015. Three years ago, he started running calls and dispatching. On weekends, he played bass guitar for the Crosswinds Band and recently joined another group, Tunes, performing classic rock and blues throughout the southeast.

Neither Ed nor Mark are considering retiring.

“I’ve been driving 41 years,” Mark said, noting he will continue working “as long as the business is there.”

When he was asked about retiring, Ed laughed.

“I haven’t officially retired yet,” he said. “If you drop everything, you probably wouldn’t last long.”

This picture of the cab company, taken in 1950, hangs in the Settle Street office.

A faded picture hanging in the office shows Ed Meeks Sr. beside the 1945 Ford cab he used to start Central Cab Service on Aug. 13, 1945.