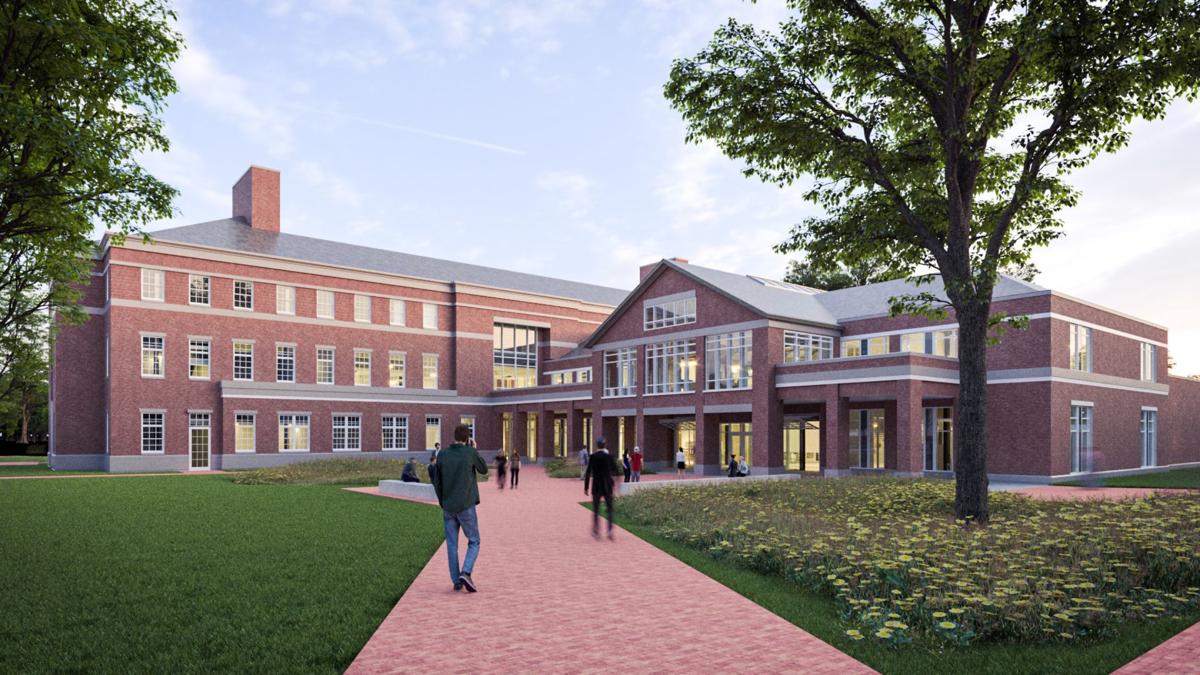 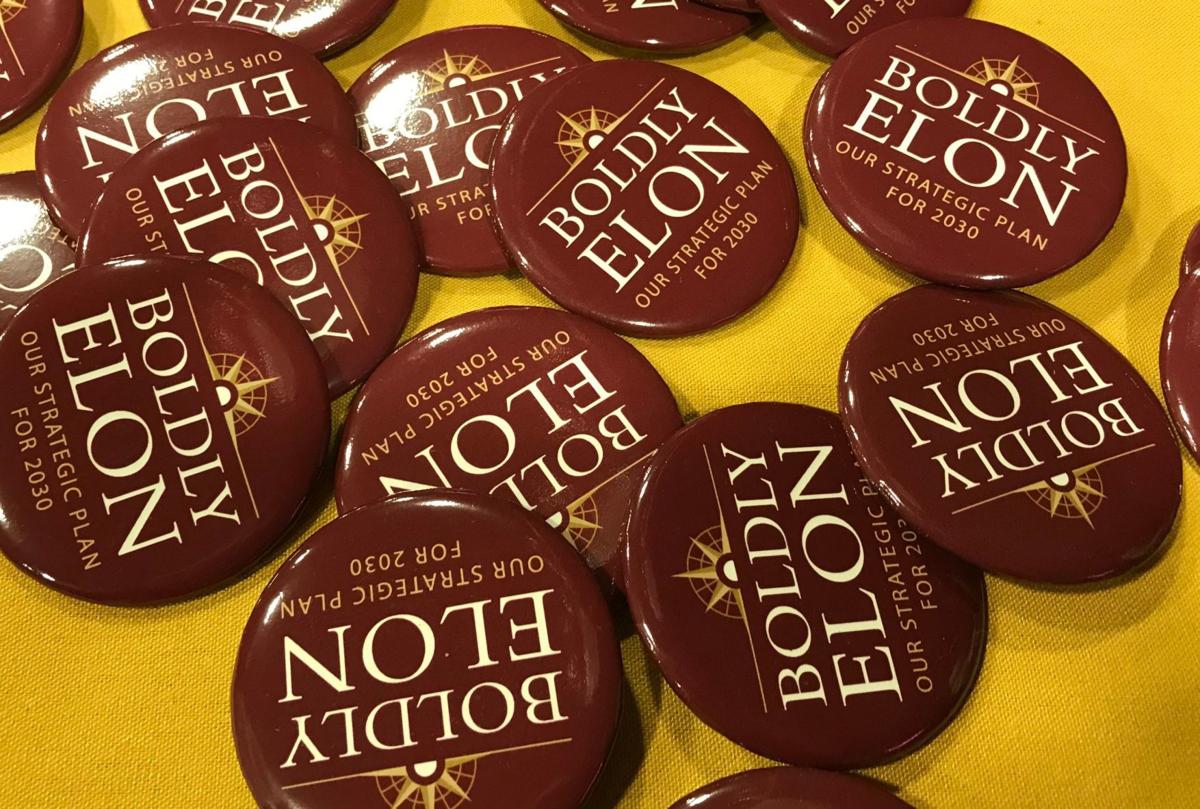 ELON — A pair of new engineering buildings, a new nursing program, more than 1,000 new dorm beds and much more could come to Elon University over the next decade.

Elon on Tuesday rolled out an ambitious 10-year plan that will take the private university to 2030. Also included in the "Boldly Elon" plan: a lot more money for financial aid, renovations to several major campus buildings and a higher graduation rate.

"We have set a bold course for the next decade," Elon President Connie Ledoux Book told an audience of Elon students and employees inside the Alumni Gym. "It will be an exciting 10 years and a busy 10 years."

Among the highlights of Elon's new plan:

• The Innovation Quad: Elon will create what it's calling an Innovation Quad, a new STEM-focused part of campus that will include as many as 10 academic and residential buildings. Elon expects to start construction on two adjoining buildings — 60,000 square feet of space estimated to cost $50 million — in the fall. The larger of the two buildings will have classrooms, labs and faculty offices for Elon's engineering and physics departments. The smaller building will have a virtual reality classroom, an astrophysics lab and labs that will let students design, make and test their creations.

These two connected buildings will go up north of the McMichael Science Center, which opened in 1998 and is Elon's newest science facility. The rest of the Innovation Quad will be built to the east on the former site of Elon Elementary. The university didn't disclose timelines or costs for these future buildings.

• Engineering: Elon for years offered engineering classes, then established a four-year engineering-degree program in 2018. In addition to providing its engineering program a new home, Elon will seek accreditation for engineering in 2021 and then create a standalone School of Engineering. (Engineering is currently part of the university's arts and sciences college.) The university said it's promoting engineering and other STEM disciplines because K-12 schools are emphasizing math and science and STEM college graduates are in high demand in the workforce.

• Nursing: Nursing is another high-growth career field, and Book said nursing is among the majors requested most often by prospective Elon students. Elon is planning four tracks that will lead to work as a registered nurse: a traditional four-year undergraduate program; a pair of two-year programs for current registered nurses and associate's degree holders who want a bachelor's degree in nursing; and an accelerated 16-month program for people with a bachelor's degree in another field. Elon expects to enroll its first nursing students in 2021.

• Bricks and mortar: Elon's 10-year plan calls for adding 1,200 more residence hall beds, which will let the university house 80% of its undergraduates on campus. Book said new dorms likely will be built as part of the Innovation Quad and on the south side of campus. Elon's plan includes new spaces for theater, music and other performing arts programs and new practice, competition and academic spaces for Elon's athletic teams. Several key campus buildings could be renovated. That number includes Elon's student center, the student recreation center, the McMichael Science Center and older residence halls. The strategic plan didn't list cost or timetables for these projects.

• Scholarships: Over the next decade Elon wants to double its financial aid budget to be able to recruit students from a wider range of racial, ethnic and socioeconomic backgrounds from across the United States and around the world. To do that, Elon aims to more than double its endowment to $625 million and commit 80% of that fund to scholarships. First, though, Elon must complete its current fundraising campaign. The university so far has raised $181 million toward its $250 million goal.

• Graduation rates: Most universities would be thrilled with Elon's graduation rates: 80% of Elon students get their degrees in four years, and roughly 85% graduate in six years. But Elon thinks it can do better and will push for a four-year rate of 85% and a six-year rate of 90% by decade's end.

• The law school: The university wants to "achieve national recognition" for Elon University School of Law in downtown Greensboro but wasn't specific on how it plans to gain that acclaim.

• A greener campus: Elon pledged to be carbon-neutral by 2037, meaning that it wants its campus to have net carbon emissions of zero. The university plans to reduce energy usage, erect environmentally friendly buildings and invest in renewable energy.

• Enrollment: Book said Elon will continue its slow-growth approach and increase overall enrollment by about 100 students per year. At that rate, Elon's enrollment will reach about 8,000 students by 2030.

Elon announced its new path forward after it wrapped up its last 10-year plan that, according to a final report on the plan, ushered in "the most transformative decade in the university’s history."

The short list of Elon's milestones over the past decade includes the opening of a health sciences school, construction of a 5,100-seat basketball arena, creation of 20 new undergraduate majors, growth in campus square footage of 60% and enrollment of 25% and addition of financial aid and study abroad opportunities for its students.

The overarching goal of Elon's last strategic plan was to be recognized among the nation's top universities. Elon started the 2000s in the annual U.S. News & World Report college rankings as the second-ranked university in the South, then claimed the magazine's top spot among Southern regional universities for six straight years.

In September, Elon was ranked for the first time among the magazine's national universities, a list that includes all eight Ivy League institutions and well-known North Carolina schools such as Duke, Wake Forest, UNC-Chapel Hill and N.C. State University. Elon made its debut in the national university rankings at No. 84.

His daughter is expected to graduate from Elon University in May.

The Inn at Elon has 80 rooms, a restaurant and a multipurpose ballroom.

The Syllabus: More on law schools, and some thoughts from the Elon Law dean

When I looked in on law schools right before the holidays, I took the glass-half-full approach concerning the six in North Carolina: Applicati…