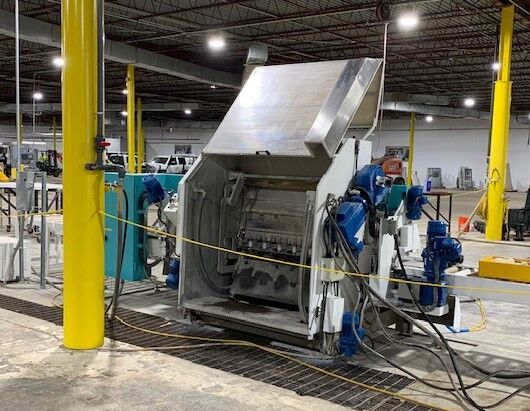 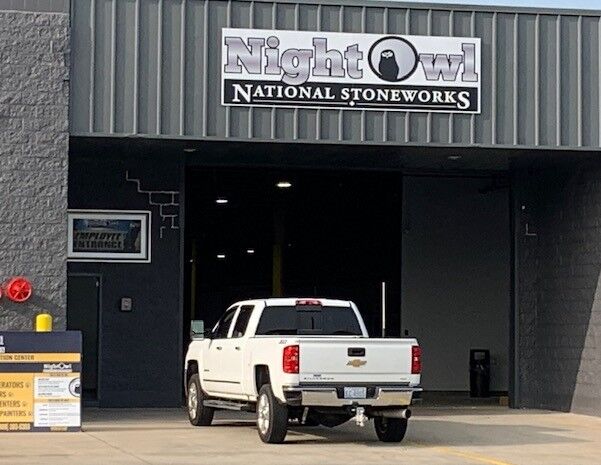 The new stone works operation will employ 60 workers from Eden and around Rockingham County. 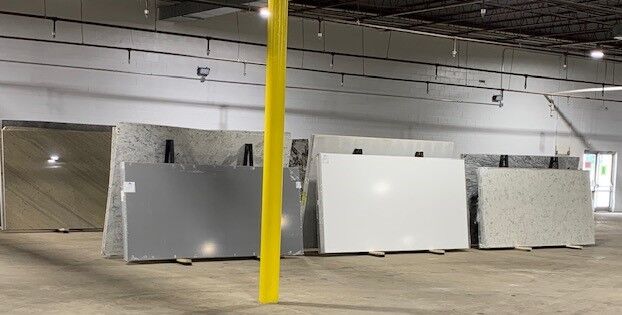 Granite and marble slabs, ready for transformation into countertops at Night Owl in Eden.

“I appreciate all the hard work that has been put into this project by our Night Owl team,’’ said Ron Hutchins, company president, via news release.

“It has been exciting to watch the transformation of this former retail space become the home to one of our company’s premier fabrication centers.’’

Known as NONSW, the company fabricates countertops for multi-family communities, motels, hotels, and commercial and residential properties throughout the Southeast, according to Eden's Director of Economic Development Mike Dougherty.

“We are very happy that Ron Hutchins has located his company into this facility,” said Eden Mayor Neville Hall.

“They took a building that was dormant for more than 25 years and transformed it into a vibrant facility that will employ Eden and Rockingham County citizens.”

The addition of NONSW to the list of manufacturers in Eden will “give the community a more diverse workforce and one with different skill sets,’’ Dougherty said of the city of some 16,000 where textiles, furniture, mattresses, military and police armor, aircraft carpeting and trucking are among the largest manufacturers and industries.

The investment in the community will “certainly improve the tax revenue coming from that structure since he is investing heavily in the facility,’’ Dougherty said. “It takes a formerly retail structure that is not viable any longer and turns it into a light industrial facility.

Hutchins, has also purchased the former Eden Mall, which he is calling the Eden Venture Business Park, Dougherty said Tuesday. Hutchins has plans to open a cabinet fabrication facility there and offers custom accommodations, or "up-fits,'' to professional businesses and light industrial tenants, Dougherty said.

No retail businesses are expected for the space, Dougherty said.

“This completely changes the facility and makes it vibrant and productive again. "So, he (Hutchins) has taken deteriorating structures and transformed them for the good of our community and to provide jobs.’’

The new stone works operation will employ 60 workers from Eden and around Rockingham County.

Granite and marble slabs, ready for transformation into countertops at Night Owl in Eden.