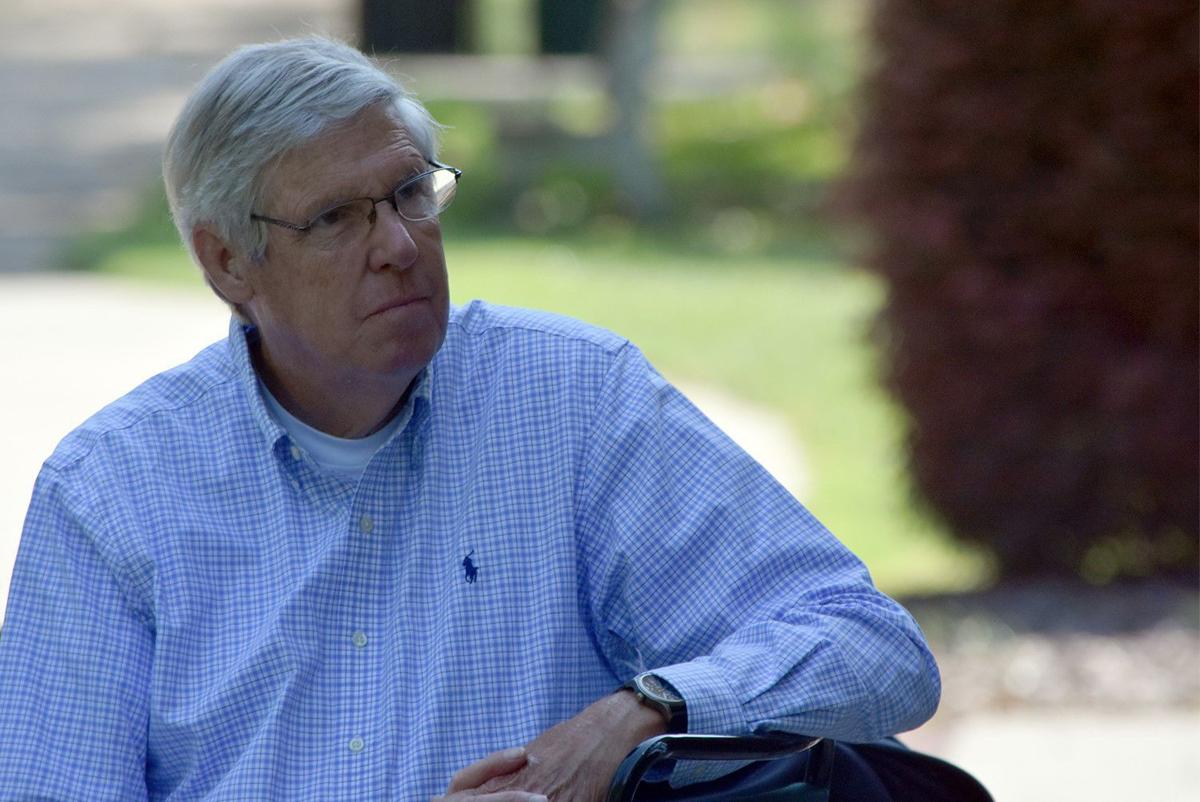 Bobby Wharton, recently elected president of the Rockingham Community College Foundation, listens to a financial report during a June board meeting held outside for social distancing.

Bobby Wharton, recently elected president of the Rockingham Community College Foundation, listens to a financial report during a June board meeting held outside for social distancing.

WENTWORTH — The Rockingham Community College Foundation has elected its new slate of officers to lead the organization into its new era following a restructuring and reorganization.

On June 18, the board of directors elected the following community leaders as the executive board:

Barham, who was one of a handful of RCC Board of Trustees who served as interim officers for the Foundation since December, turned over the presidency to Wharton.

“I’m very excited about the new board. We have a good group of leadership from across the county, with diverse talents,” Barham said. “Several have had experience with the Foundation in the past, so it’s always good to have people who have been involved to come back around and serve the community.”

Wharton served on the Foundation board from the 1970s until about three years ago, and was happy to return and help RCC.

“The College is about the only entity I know of that touches every foot of the county,” he said.

He echoed Barham’s observation that many board members previously served.

The Foundation board is now comprised of Kevin Berger, Micky Silvers, and The Honorable Christine Strader, all of Madison; Pam Cundiff, Tiffany Morris, and Richard Powell, all of Eden; and Alan Isley, Jonathan Jobe, Dr. Lafayette Judkins, and Tony Nichols, all of Reidsville.

Two weeks earlier on June 4, everyone gathered for their very first meeting as a new Foundation board. Practicing social distancing in light of COVID-19, they spread out at tables set up outside the Whitcomb Student Center on campus. Several members joined via Zoom.

“Of North Carolina’s 58 community colleges, RCC is second largest in asset size for investments,” he said. The Master Trust contains fundraising money from throughout the years.

The Endowed Funds Trust, which is restricted-use money for scholarships, has a $9.11 million balance.

Dr. Mark Kinlaw said he was astounded by the financials of the Foundation when he arrived in 2015 to take over as RCC president.

“When I got here, I couldn’t believe it when I saw the financial report. I came from a larger college, and we didn’t even have a million dollars in assets in the foundation,” Kinlaw said. “We can do a lot of things that other colleges cannot do because we have a foundation that can support students in ways a lot of rural colleges, in particular, can’t do.”

Kinlaw updated the board on campus happenings, including the shift to online instruction, distribution of $980,000 in CARES Act emergency funds, and enrollment.

He said summer enrollment is up 13.43 percent over last year. Spring was up 17 percent and fall was up 16 percent.

“We were fourth in the state in enrollment growth this past year,” Kinlaw said. “We’re having a great year, from an enrollment standpoint. I’m very pleased with that.”

He pointed out that most RCC scholarships are geared toward curriculum degree-seeking students.

“But we’ve got to get the message out: Not everybody has to have a degree to get a job. There are industry-recognized credentials, licensures, and certifications that get people employed,” Kinlaw said.

“We can offer those programs on the Continuing Education side of the house,” he continued. “We need to build Foundation support of that because that is what industry is telling us. Not everyone has to have a degree, and not everyone wants a degree or has the time or resources to put into one.”

The RCC Foundation is already working on a scholarship program for several of the College’s Workforce Development programs, and plans to roll it out this year.

During the June 4 meeting, the Foundation board approved 18 campus grants that total $144,000. One of the largest grants awarded was $24,000 for that Workforce Development scholarship program. Another $25,000 was awarded to help fund the operation of intercollegiate athletics.

For more information on the Foundation or to support RCC through a scholarship or other donation, visit www.rockinghamcc.edu/supportrcc/main or contact Executive Director Kim Pryor at 336-342-4261, ext. 2201 or pryork@rockinghamcc.edu.