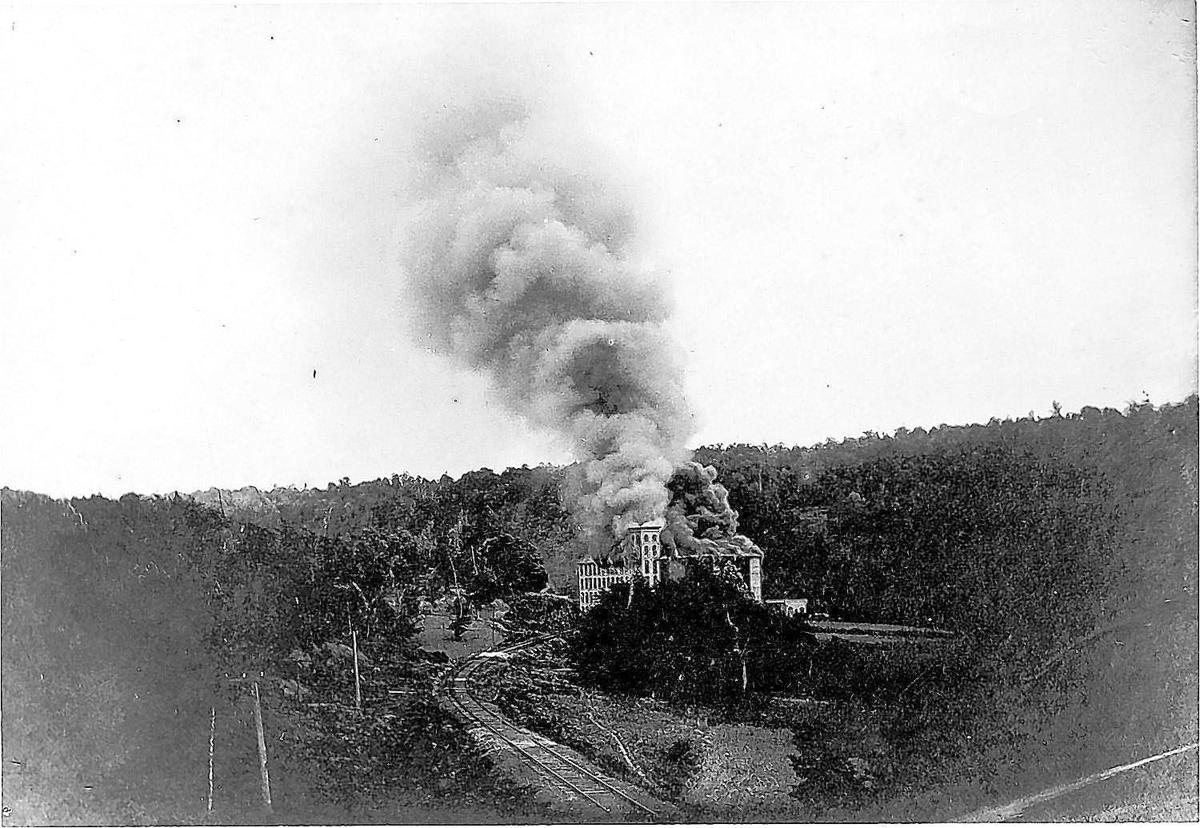 Avalon Mills was destroyed by a fire in a matter of minutes in June 15, 1911, destroying the heart and soul of the town of Avalon. Monday marks the 104th anniversary of that fire. 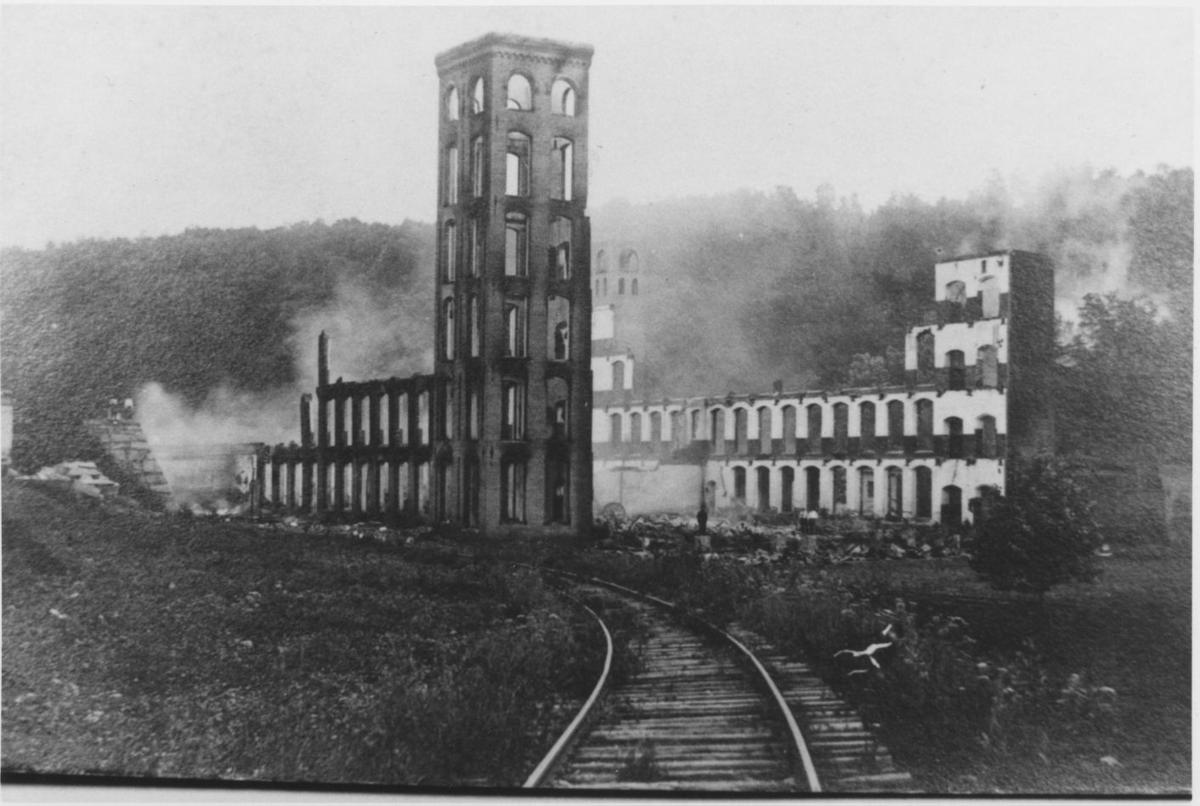 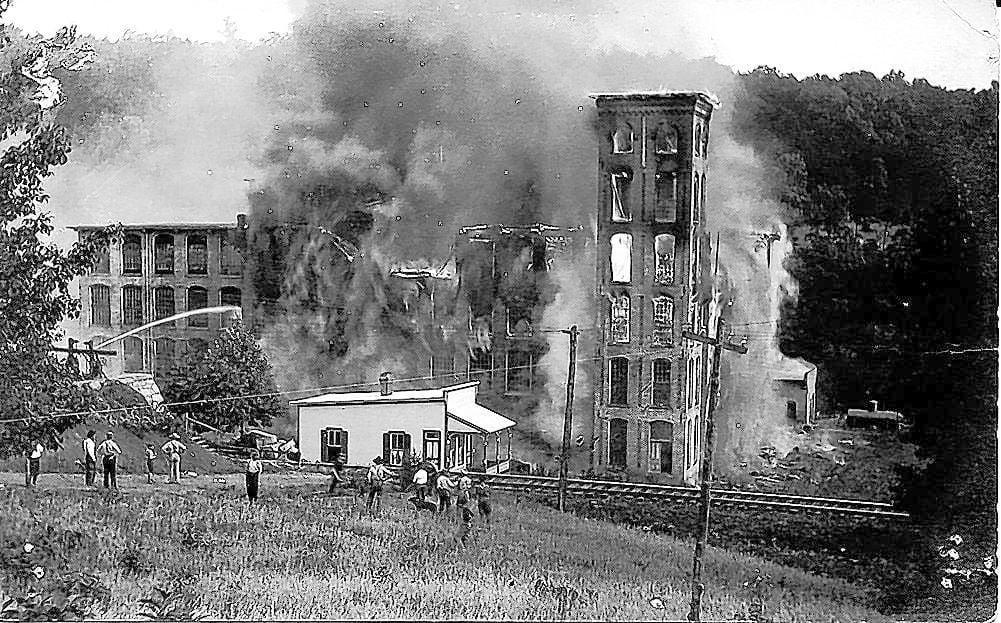 MAYODAN — Nestled off Highway 220, between Mayodan and Stoneville, was a small town built next to the Mayo River that began to flourish in the early 1900s.

But people traveling past this area today don’t see it.

Instead, overgrown woods hide train tracks, a dam and the few remnants of what was once Avalon, a mill town that once held promise.

It’s since been largely forgotten, except by those living in neighboring towns like Mayodan.

What we know about Avalon comes from stories that have been passed down, a few newspaper accounts and a couple of books devoted to the subject.

“Avalon is interesting,” said Mayodan Mayor Jeffrey Bullins, who has been collecting artifacts from the town for years. “People just don’t realize there was another town between Mayodan and Stoneville.”

That’s because in a matter of minutes, a fire destroyed the mill, which was the heart and soul of Avalon.

And Monday marks the 104th anniversary of that fire.

Avalon, named after a small town on Catalina Island off the coast of San Diego, was built in 1899.

The Mayo Mills in Mayodan couldn’t keep up with the demand for yarn and a second mill was needed nearby.

That’s how Avalon came to be.

“Avalon was started by the same people who started Mayodan,” Bullins said.

Industrialists wanted to connect Winston-Salem to Roanoke, Va., by rail and decided to build three mills along the train’s path. Mayodan and Avalon were two of those mills.

Avalon Mills, a four-story brick building, became one of the state’s largest mills.

It was built between a portion of the Mayo River and the railroad tracks.

The town didn’t have electricity so the mill ran with power generated from a water wheel.

A dam and canal was built on the Mayo River to control the flow of water to the mill. Both can still be seen today.

Avalon had a store, which doubled as a school.

A boarding house and 10-room hotel were home for some.

Others lived in the 60 homes owned by the mill.

For 12 years, the town flourished.

The townspeople gathered and watched their livelihoods go up in flames, fueled by the cotton and oils inside.

Without a fire department, all they could do was watch the mill burn.

The building was insured, but the mill’s owners decided not to rebuild.

Instead, they decided to move operations to Mayodan.

“The mills were only two miles apart so it kind of became a business decision,” Bullins said.

The townspeople moved to Mayodan to be near the mill.

A photographer happened to be near the town when the fire broke out, documenting the devastation it caused.

“You don’t find that many photos from over 100 years ago,” Bullins said. “It was a seminal moment in the town’s history.”

Avalon Mills was destroyed by a fire in a matter of minutes in June 15, 1911, destroying the heart and soul of the town of Avalon. Monday marks the 104th anniversary of that fire.