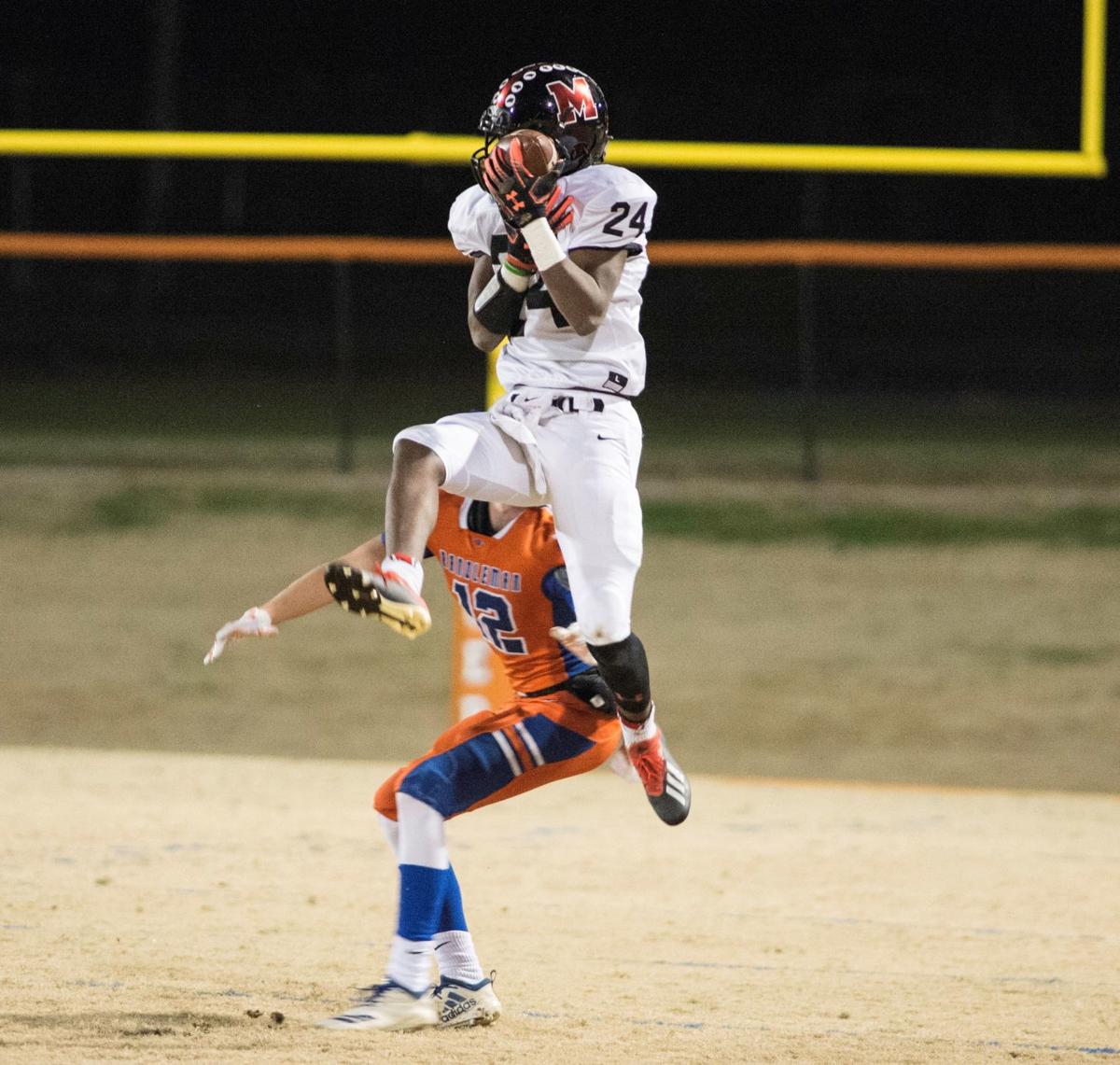 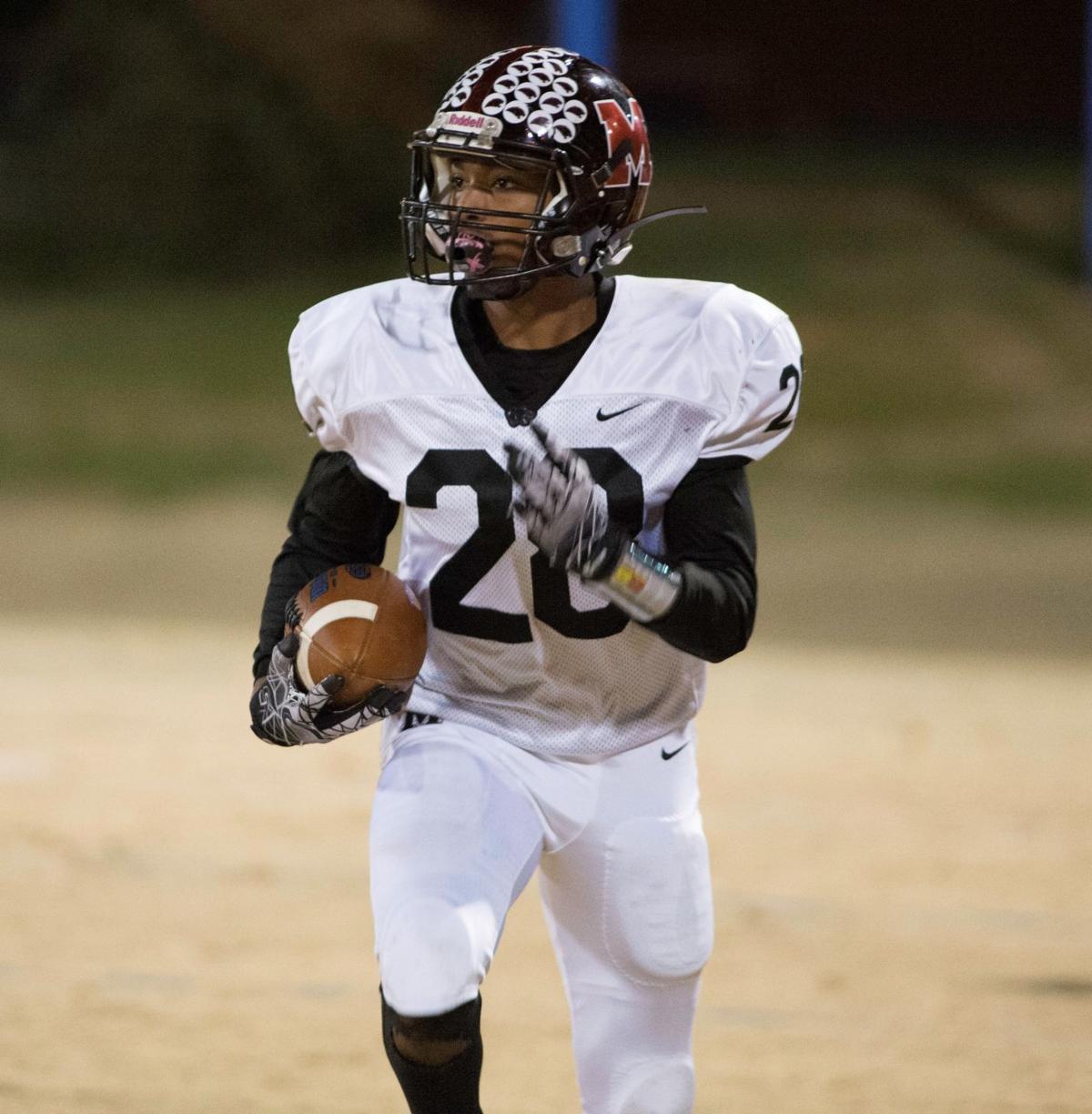 Morehead’s Mason Barham runs for a gain against the Randleman Tigers defense in the first-round playoff game on Friday. 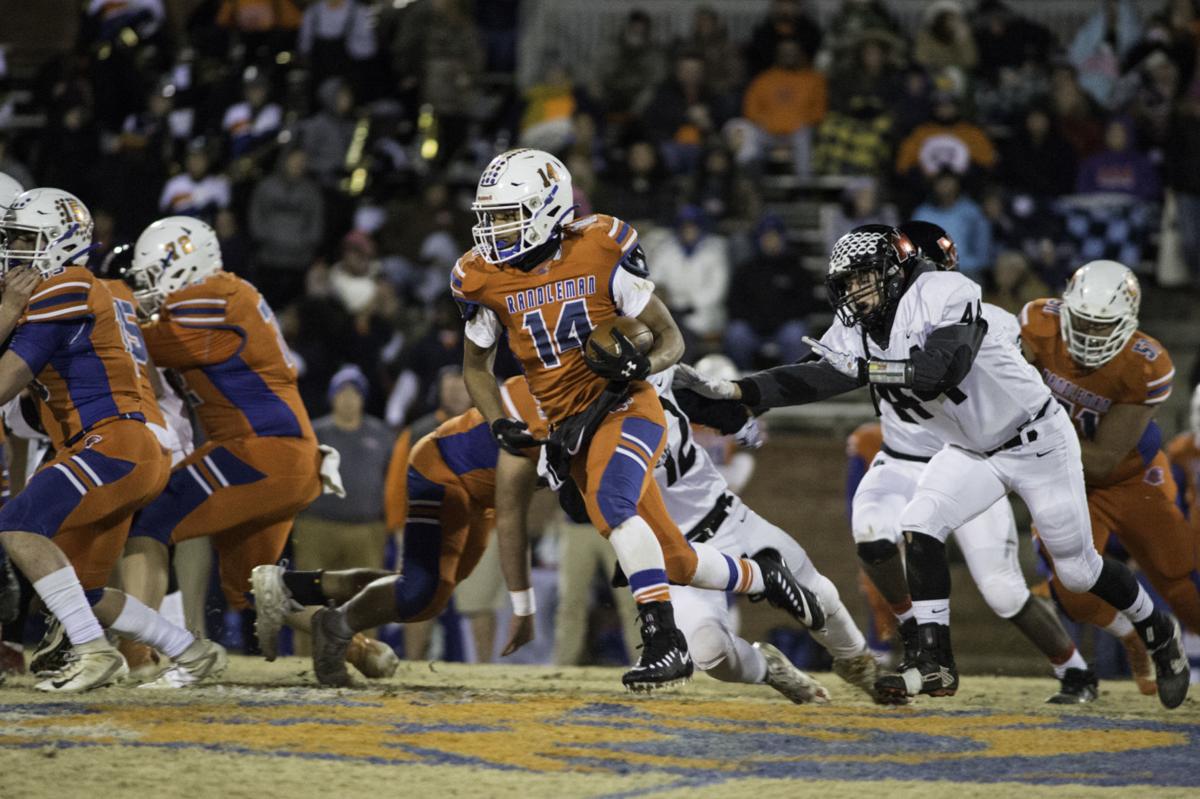 Randleman sophomore running back Nahiem Lilly hits the hole for a gain in the Tigers 42-0 shutout win over Morehead in the first round of the 2A 2019 state playoffs on Friday night.

Morehead’s Mason Barham runs for a gain against the Randleman Tigers defense in the first-round playoff game on Friday.

Randleman sophomore running back Nahiem Lilly hits the hole for a gain in the Tigers 42-0 shutout win over Morehead in the first round of the 2A 2019 state playoffs on Friday night.

Why the Tigers won

Randleman proved that their No. 1 seed in the 2019 2A state playoffs was no fluke as they put 28 points on the board in the first quarter. They had 322 total yards of offense, including 213 rushing on 38 carries. In addition, the Tigers were 7 of 10 passing for 109 yards. The defense set the tone, forcing two turnovers that led to a pair of trips to the end zone.

Why the Panthers lost

Morehead never could get their running game going with any consistency, and credit Randleman’s front four and linebackers for getting several tackles for loss. The Panthers had 91 yards of total offense and only six first downs on the night.

Randleman — Nahiem Lilly and Nathan Green each scored a pair of touchdowns to lead the charge offensively on a night when the Tigers had many key players out due to injury.

After the Tigers scored on their opening drive, a turnover in the red zone set up Lilly’s first touchdown of the night on the third play from scrimmage on their second possession to put the Panthers in an early 14-0 hole.

1. Randleman showed the ability to effectively run and pass the ball to keep the chains moving in a game where seven different Tiger players, including extra points, were a part of scores over the course of the game.

2. Tigers head coach Shane Handy said due to a plethora of injuries to key players in recent weeks, his team had to make multiple adjustments, experimenting with different players with multiple guys in various roles. But Handy said he was proud of the way everyone stepped up to help his team move on to the second round.

3. Randleman extended their winning streak to 11 games for a team that seems to be peaking at the right time considering they have a crucial second round home matchup coming up next week.

“That’s our agenda sure, because he’s a great coach (regarding MHS’s Lin Stadler and his staff). His kids are tough and they play hard. They play good defense, they fly around — so they concerned us for sure. It was very important that our kids came out and played good defense and did our thing on offense, so I thought we played with balance and did some good things.” — Handy

“They are good. No. 1 seeds are good teams and I think we are a good team, I just think we didn’t play well. Against good teams we haven’t played very well all season. We had too many mental mistakes early and I think they were a little bit better on defense than I gave them credit. I thought we could move the ball against them, but we had a couple of negative yardage plays early in the game and I think that just kind of set the tone and we never recovered from it.” — Stadler

Stadler said the toughest part of the season ending loss, was saying goodbye to his seniors.

“When I got to Morehead four years ago, these guys were freshmen, and nine of the 12 are four-year members and I’m really proud of them. Like every senior that I’ve coached, where ever they go in life, I’m going to be there for them. I love them. I don’t love them like their mama, but I love them. They bled, they’ve sweated, they’ve laughed, they’ve cried over the last four years. I’ve told a lot of people through the years, the best part of my school day is from about 3:30 until about 6 p.m. every day and they are a big reason why and I’m going to miss them. They are good kids and good people and they’ve done a lot to help bring this program back to a respectable level and now these underclassmen are going to have to step up and learn from what they’ve done.” — Stadler