“We are heartbroken by Fatimah’s passing,” A&T coach Hal Clifton said in a news release. “Nothing prepares you for moments like this. Fatimah was an amazing person once you got to know her. She was a fierce competitor on the court, but a very sweet person off the court. The passing of Fatimah is a great loss to us all and will leave a hole in our hearts. She will never be forgotten and will be missed dearly. I ask that you please continue to hold Fatimah, her mom and all of her family in your hearts, thoughts and prayers during this time of need.”

Shabazz, who was 22, earned her undergraduate degree in pre-physical therapy with a 3.71-grade point average and was a first-semester graduate student at the time of her death.

“Fatimah was a remarkable young woman, student-athlete and leader among our students whether on the court or in the classroom,” A&T Chancellor Harold Martin said in a statement released Tuesday night by the university. “We mourn her loss, a life taken too soon, and pray peace and comfort for her family members, many friends and fans. She will be sorely missed in Aggieland.”

Shabazz came to N.C. A&T from Cincinnati Northwest HS, where she was 2016 co-conference player of the year and earned third-team all-city honors. She arrived at A&T in 2017 and took a redshirt season.

Over the next four years, Shabazz developed into one of the best players in the Mid-Eastern Athletic Conference. She also became a part of one of the most successful classes in school history, along with two-time MEAC player of the Year Edie Brewer and three-time first-team All-MEAC selection Courteney Pitt.

Together the trio helped the Aggies volleyball program achieve heights never seen before in school history. Shabazz made huge contributions in the spring of 2021, when she led the MEAC in kills per set (3.69), ranked fifth in hitting percentage (.336) and ninth in blocks per set (0.64).

That translated into A&T winning its first conference tournament championship and advancing to the NCAA volleyball tournament for the first time. The Aggies also won their first-round game over Rice because of a COVID-19 forfeit. It was only the fifth time a team from N.C. A&T Athletics won an NCAA tournament postseason match or game.

Pitt and Brewer remembered their friend and the person who helped them hang so many banners in Moore Gymnasium.

“Fatimah, my sweet girl, could make anyone laugh at any time of the day,” Pitt said in the A&T news release. “She was the sweetest friend to me and so competitive on the court. I will always remember the joy she brought to me each and every day.”

“Fatimah was inspirational, and she cared about many people,” Brewer added. “She was the funniest person ever, and we will love her forever.”

Individually, she had two conference player of the week honors, earned first-team All-MEAC during the spring of 2021 and earned the team’s volleyball offensive player of the year award at the 2021 Aggie ESPYs.

When A&T moved to the Big South Conference in this year, Shabazz averaged 2.10 kills and 0.66 blocks per set during the 2021 fall season. She helped the Aggies earn their first 20-win season in 16 years as the Aggies went 20-10 overall and 11-5 in the Big South. The Aggies also recently received an at-large bid to the National Invitational Volleyball Championship (NIVC), the team’s second in three years.

Funeral arrangements have not been announced. A GoFundMe page has been set up to help the family with expenses.

These rare photos show Tom Brady from his baseball days

A recap of the N.C. A&T men’s basketball team’s 67-58 victory over Hampton on Wednesday night.

The Citadel uses second-half outburst to rally past UNCG

A recap of UNCG’s 74-69 men’s basketball loss to The Citadel on Thursday night in Charleston, S.C.

On top of the showdown between the men's basketball teams from Wake Forest and No. 8 Duke on Wednesday, the visit to Winston-Salem will be the last for Blue Devils head for Mike Krzyzewski.

A recap of No. 8 Duke's 76-64 men's basketball victory over Wake Forest on Wednesday night. 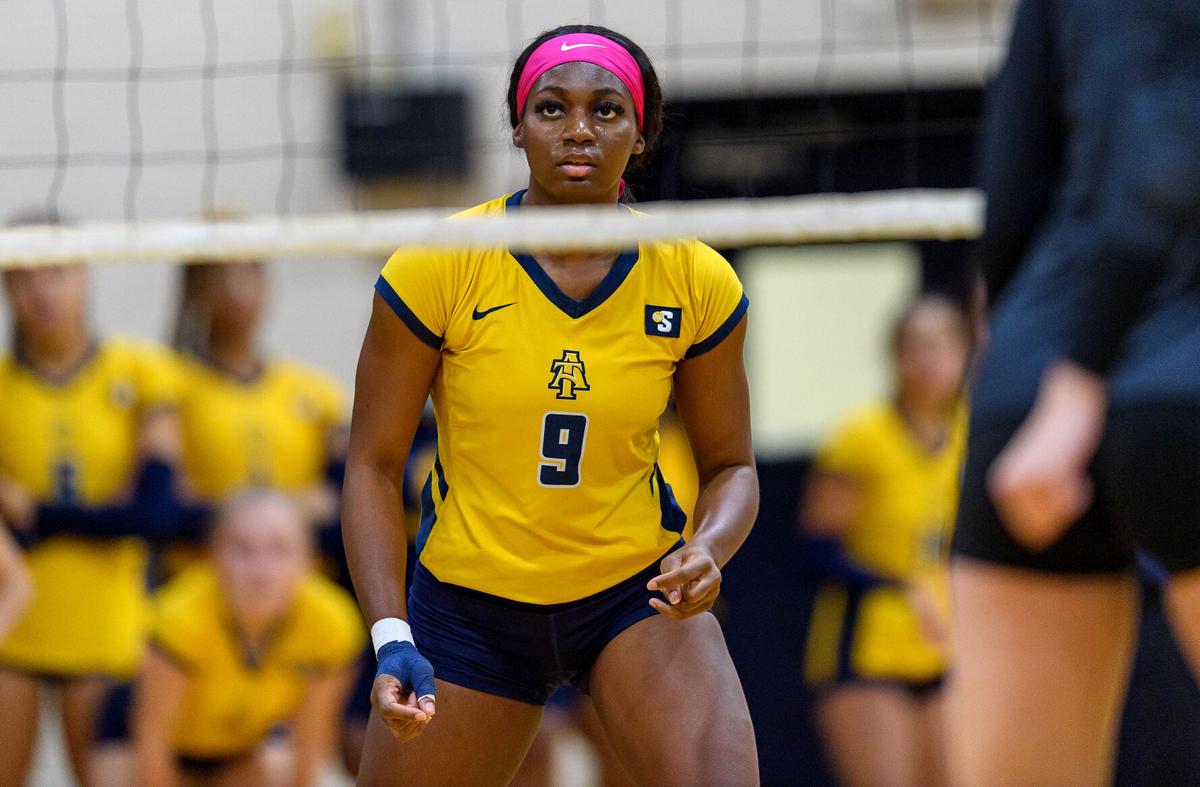 Fatimah Shabazz was a key player on the N.C. A&T volleyball team that reached the NCAA Tournament in the spring. 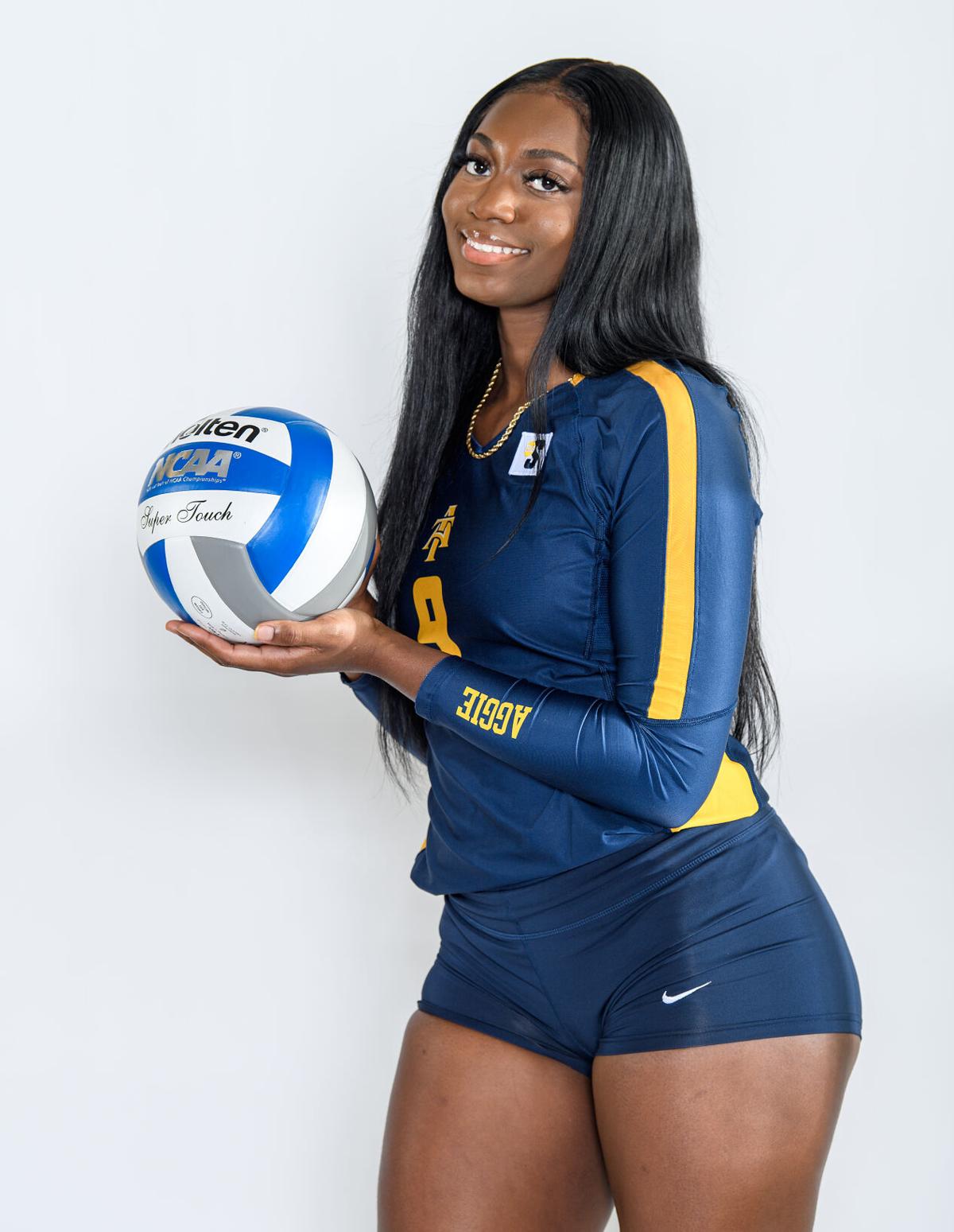 Fatimah Shabazz "was an amazing person once you got to know her," N.C. A&T volleyball coach Hal Clifton said. "She was a fierce competitor on the court, but a very sweet person off the court. The passing of Fatimah is a great loss to us all and will leave a hole in our hearts. She will never be forgotten and will be missed dearly."