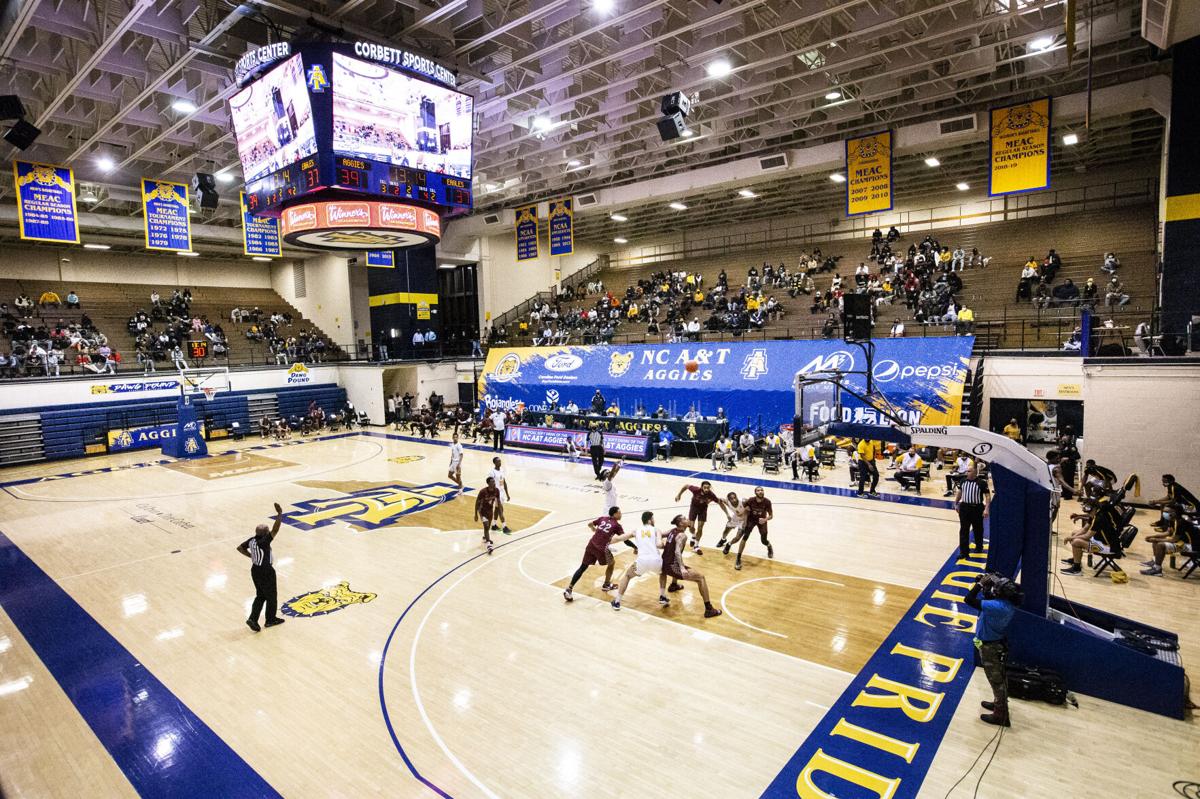 North Carolina AT had a little over 700 fans in Corbett Sports Center for the game with N.C. Central on Saturday. A&T won the game 55-53. 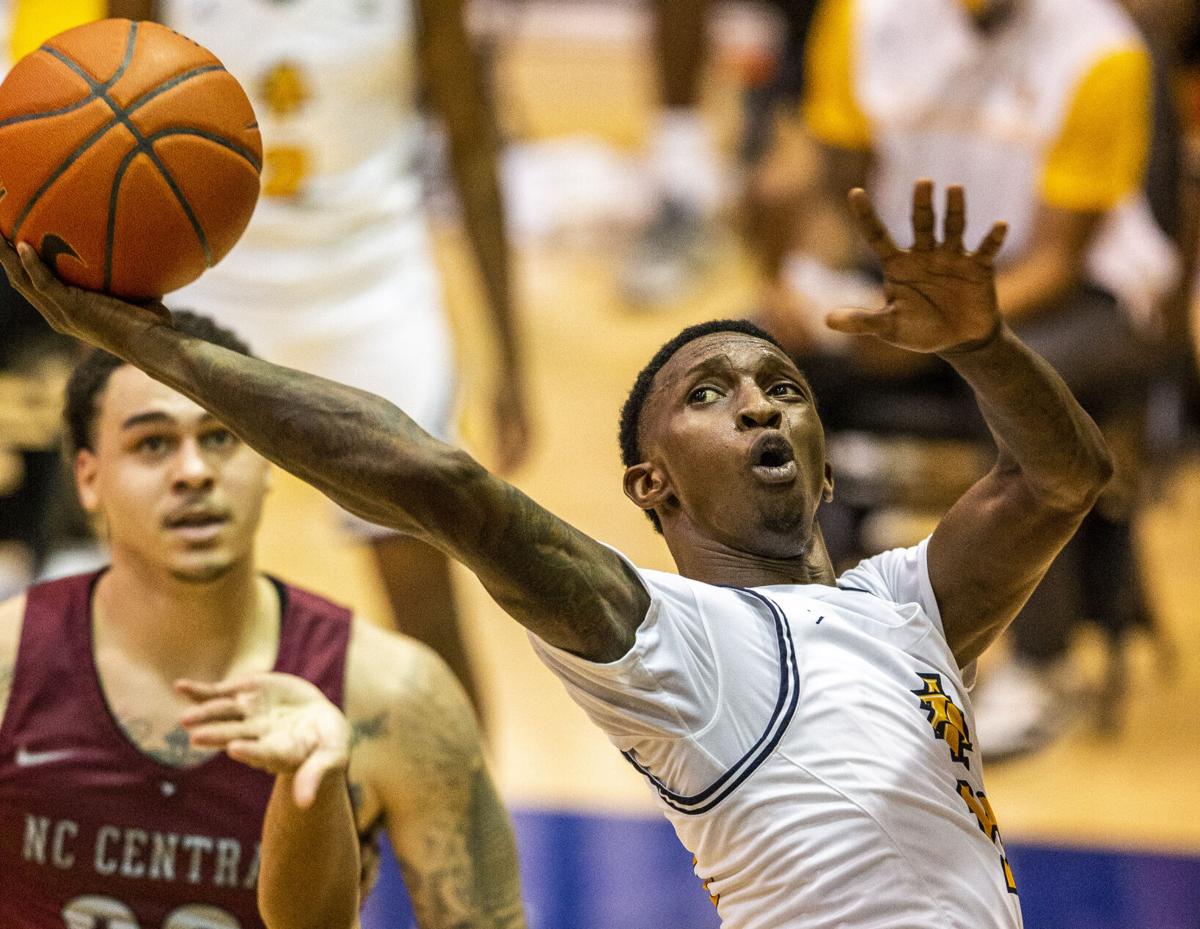 N.C. A&T’s Kwe Parker puts up a shot during the game. 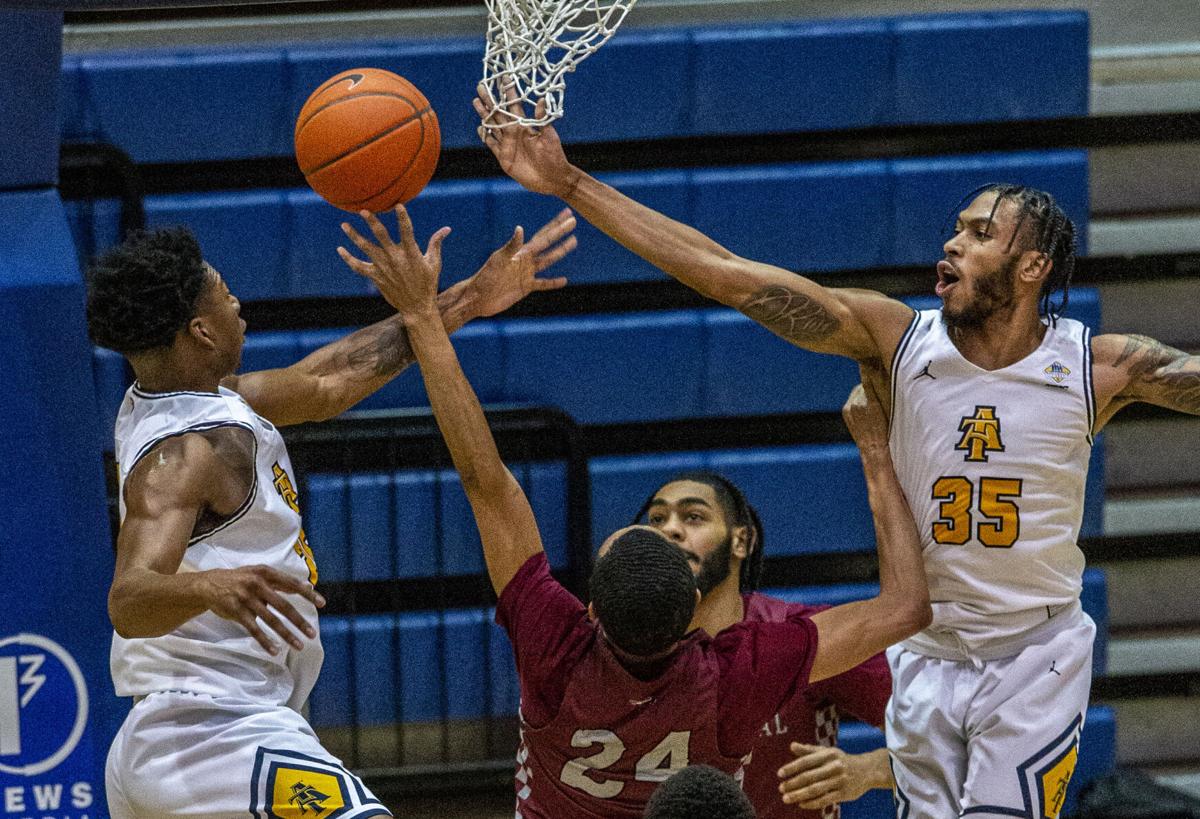 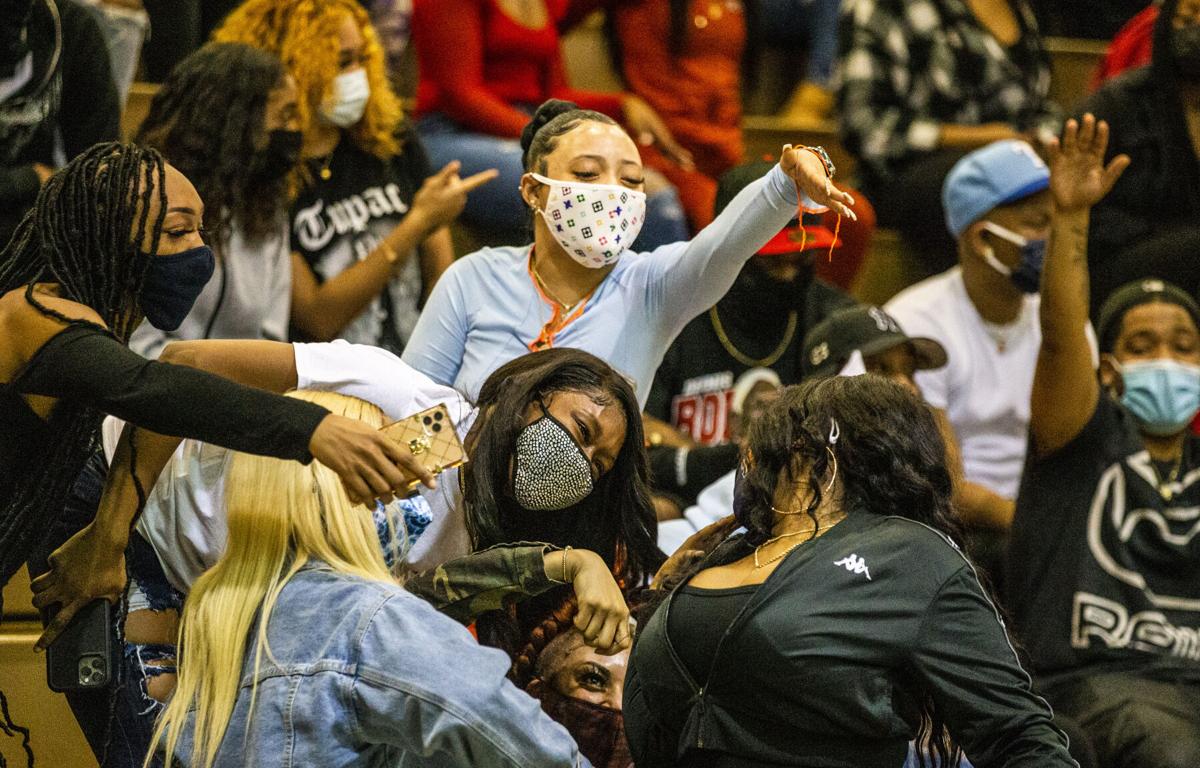 N.C. A&T fans dance during a timeout during the game Saturday.

A&T’s men’s basketball team has claimed a MEAC division championship with its 55-53 victory over N.C. Central on Saturday night at the Corbett Sports Center in Greensboro.

Why the Aggies won

Senior Kam Langley, who had a difficult shooting night along with his teammates, made two key plays in the final seconds of a tight game to help secure the victory.

The victory gives the Aggies the Southern Division championship and a No. 1 division seed and bye into the semifinals, at 8:30 p.m. March 12, at the MEAC Tournament at Norfolk, Va. That means they would need just two wins to claim the tournament championship and the league’s automatic bid to the NCAA Tournament.

Central’s C.J. Keyser missed a layup with two seconds remaining, and A&T’s Langley grabbed the rebound to clinch the victory.

A&T’s Langley drew a charge from Central’s Jahnathan Maxwell with 26.4 seconds remaining and the Aggies leading 54-53.

The win gives the Aggies a sweep of the Central series in its final season as a member of the MEAC.

The crowd of 776, permitted under eased capacity limits from Gov. Roy Cooper, was the largest to attend a sports event in Guilford County since the ACC Tournament in March 2020.

Neither team led by more than eight points, a margin A&T held inside the first two minutes of the second half.

Central had twice as many turnovers, 14, as it had made baskets, seven, in the first half. The Eagles finished with 24, although A&T could turn them into only 17 points.

“It was a tough game. I guess we had a lot of nerves. It was a gut-out, ugly type of game. You’ve got to win the pretty ones and the ugly ones.” – A&T coach Will Jones to broadcaster Spencer Turkin during the postgame interview.

“This was pure grit. We didn’t play well offensively. I don’t know if the guys, first time with the crowd, wanted to play really well. To be able to win this one, it’s a testament to how hard these guys have been working.” – Jones.

“I’m so proud. The first regular-season championship for A&T in over a decade.” – Jones.

Eddie Wooten is sports editor of the Winston-Salem Journal and the News & Record in Greensboro.Have something to say? Email Eddie at eddie.wooten@greensboro.com or ewooten@wsjournal.com. Follow him on Twitter at @EddieWootenNR.

Jones had been the head coach at Radford since the 2011-12 season, the same year that Miller became UNCG's head coach.

The A&T football program's 11-game schedule for its first season in the Big South Conference; conference games are denoted with -x:

North Carolina AT had a little over 700 fans in Corbett Sports Center for the game with N.C. Central on Saturday. A&T won the game 55-53.

N.C. A&T’s Kwe Parker puts up a shot during the game.

N.C. A&T fans dance during a timeout during the game Saturday.