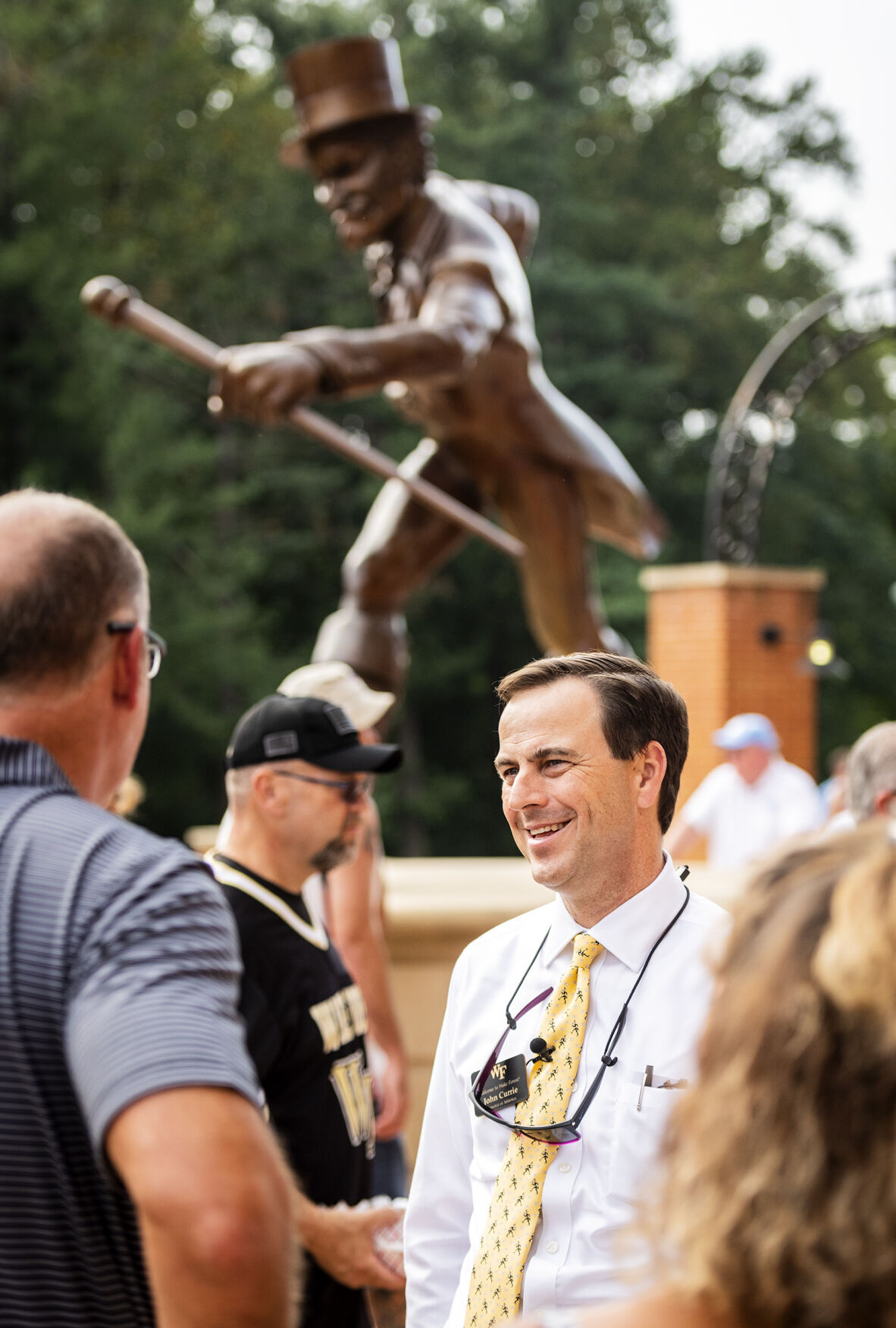 A return to the ACC's scheduling model, without Notre Dame, will greet the league's football teams in 2021.

Wake Forest and the other 14 football members will get dates Thursday for their 2021 games, with schedules being unveiled during the ACC Network's “Packer and Durham" show.

The Demon Deacons, who played in their fifth straight bowl game and could return 20 of their 22 starters, will play home ACC games against Duke, N.C. State, Florida State and Louisville, and they'll travel to Boston College, Clemson, Syracuse and Virginia.

After the league altered plans during 2020 and developed 10-game ACC schedules that included the Irish, the fall schedule will put the league back on the rotation created in 2013 and set through the 2024 season. And that means Notre Dame, which lost to Clemson in the championship game, will return to its independent football status.

In addition, the Demon Deacons will play a non-conference game at North Carolina, meaning that, with the Clemson game, they will face two highly ranked opponents away from Truist Field. Wake Forest is scheduled to open its season at home Sept. 3 against Old Dominion and also will host Norfolk State and visit Army.

The push for season ticket sales, in anticipation that COVID-19 will permit some return to normal attendance, will soon follow the official schedule release for Wake Forest. Wake Forest played only eight games, the fewest of any ACC school, last season, and will try to recapture ticket-office momentum developed during and after the 2019 season.

“We had an incredible groundswell of interest and blew away expectations with the opening night and the near-sellout of Utah State,” athletics director John Currie said of that season opener. “We really made huge advancements, and then in December of 2019 we had high interest (in season tickets) and then COVID hit (in March of 2020) and we had to change everything.”

The 2020 season meant limited attendance at Truist Field. Wake Forest offered some viewing parties to fans at drive-ins at the Winston-Salem Fairgrounds.

“Our (marketing and game day operation) team was incredibly creative,” Currie said. “But my belief is our fans are fired up and we know we are going to have an excellent, experienced team coming back, and we’ll start out with some homes games and I’m excited about it.”

Currie, though not disclosing figures, said Wake Forest took actions to reduce expenses with the loss of football ticket sales revenue in 2020. Wake Forest, in its report to the U.S. Department of Education for the 2018-19 fiscal year, listed football program revenue totaling $26.7 million and basketball revenue of $9.1 million, part of an athletics budget that showed $76.5 million in revenues and in expenses, though it's not clear how much of that revenue came from ticket sales.

“We were able to reduce our operation expenses by 50 percent in the first six months of the year versus the previous year,” Currie said. “That’s a very significant reduction in expenses. That basically offsets the lost revenue, or is pretty close, to the lost revenue of ticket sales from football in the fall.

“We did have significant costs for COVID safety measures with the testing and PPE equipment, but I’m really proud of our staff and our coaches pulling together to be as fiscally responsible as possible.”

Currie, like all athletics directors, is eager to see spectators in the university's sports venues. That includes a student average he cited of about 3,000, or 60 percent of Wake's enrollment, for 2019 football games.

“People are telling me that once they get vaccines and people are continuing to wear their masks, they will be ready to come to our games again."

A recap of the North Carolina men's basketball team's 99-54 victory over Louisville on Saturday night.

A recap of Duke's men's basketball game against Virginia on Saturday night in Durham.

Steve Forbes on his ejection: 'I'm always going to fight for my team and my players and Wake Forest University'

Wake Forest's halftime procedure against Duke was no different than any other basketball game this season.

Mike Wilbon thought he knew a lot about NBA superstar Chris Paul, but he had no idea about one trait until they started working on book together.

Wake Forest falls behind early in a loss to N.C. State

Christie Lomax wrote on Twitter less than an hour after the UNC athletics department issued two statements regarding a video showing players partying without masks after UNC's win over Duke.

In a week's time, Wake Forest follows a high with two lows

Wake Forest learned last week that improvement could come in a hurry.

After following up a strong performance with a disappointing one, the Wake Forest men's basketball team will try to move on against N.C. State on Saturday at Joel Coliseum.

Party wasn't 'like we charged the Capitol,' UNC coach Roy Williams says of players and managers

The coach, whose team will play at Virginia on Saturday night, says discipline has been handled inside the program.