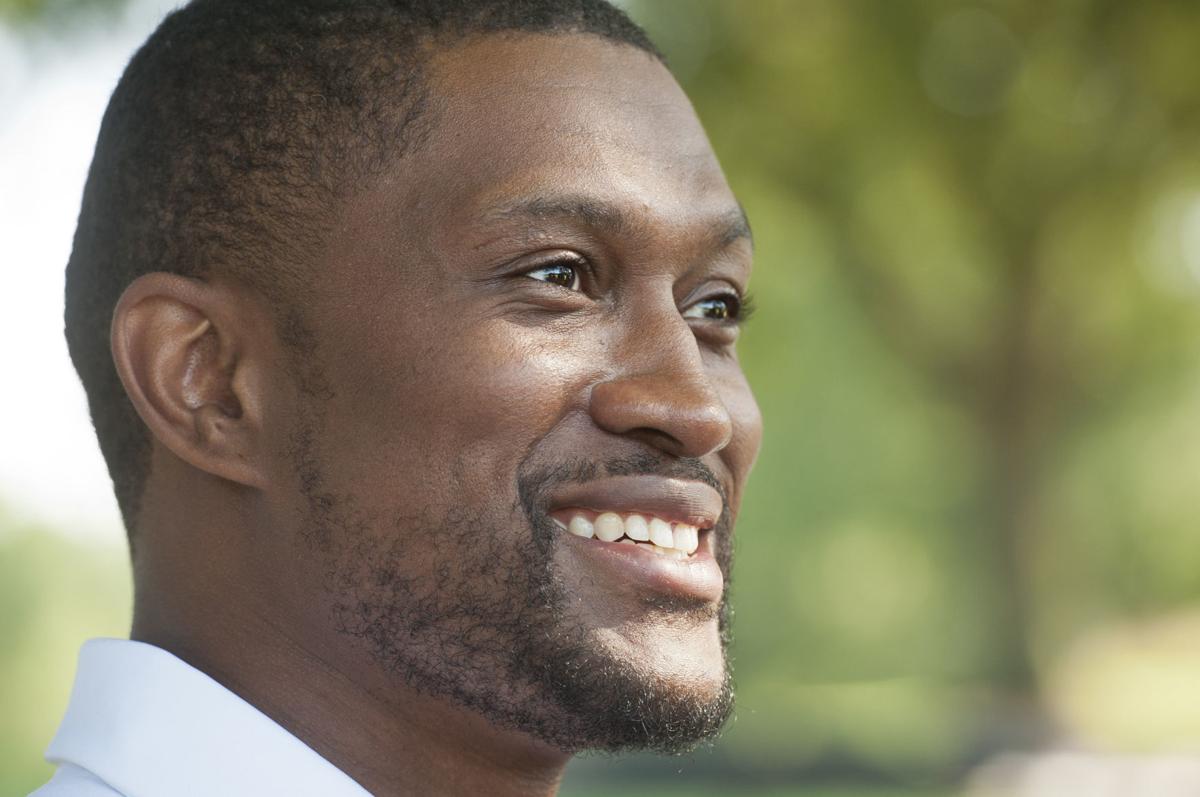 Gray was officially named the head coach at Western Carolina on April 20.

The Wake Forest web in which Justin Gray found himself tangled still gives him a chuckle.

Kelsey was hired by College of Charleston, replaced at Winthrop by his former assistant and son of Skip, Mark Prosser. Then Gray became the pick to replace Prosser at Western Carolina. The former Wake Forest guard became a first-time head coach officially on April 20.

Gray has a target circled. On top of making WCU a consistent threat in the Southern Conference, he brings up a significant date: 1996. That’s the last time the Catamounts made the NCAA Tournament. Those long-term goals are the pitch he is making to players, both the ones on his team and the others he’ll recruit.

“I tell them I won at every level. I don’t plan on losing,” Gray said. “And I know it starts with the culture. I need really, really good students. I love basketball guys and I love kids that are about the right thing.”

Before starting his coaching career, he had a one-year stint as director of basketball development with Wake Forest. A 12-year professional career preceded that. And his time as a player at Wake Forest came while the Deacons began their crest of national relevance in the 2000s.

The first three seasons of Gray’s career featured NCAA Tournament appearances. It was a stretch of five straight berths for the Deacons. The good parts stick out to him — playing for Prosser, his teammates — for sure. But his mind often goes to the what-ifs when thinking about his alma mater.

“This will let you know how big of a competitor I am: It’s the West Virginia game (in 2005). It’s like a thorn in my side,” Gray said. “We had something that was so special and we were excited to make it to the Sweet Sixteen (in 2004), but it just wasn’t enough.

“A lot of people talk about the games that we won, the memories they had and that’s great. I really do enjoy those moments. … but for me personally, it’s the games that we lost. It’s the opportunity that I feel like we let slip through our fingers that really, really drive me to be the person that I am and the competitive edge.”

The whirlwind of the last couple of weeks have fortified a lesson Prosser tried to cement in his players’ understanding: the basketball career eventually ends, but the relationships are never-ending.

A perfect example of that is Kelsey. Gray laughed about the fact that Kelsey was the do-it-all coach for the Deacons in the background. Gray said Kelsey operated the spotlight on his visit and opening doors for his mother. He was changing oil in the cars of coaches.

Later, it was Kelsey giving Gray the opportunity to pursue a new calling.

“He was running and doing all these things at Wake, but then 20 years later he gave me a job,” Gray said. “It helps me now. So getting kids to understand that: that it’s bigger than basketball. Don’t let basketball use you, you use basketball.”

It was also Kelsey who allowed Gray to handle in-game responsibilities on offense for the Eagles, who made the NCAA Tournament this season and would have last year also had the tournament gone on.

“I truly believe the job of a head coach is to give confidence to his players,” Gray said. “But little did he know it gave me confidence as being a part of his staff and helped me grow and just put me in a position to really be a head coach. That’s truly when I knew, oh, I could do it.”

That’s the same thing that Gray wants to do for his new players. He said his coaching staff would be announced this week, and the recruiting aspect started right after his introductory news conference. He’s hopeful that Western Carolina could make an appearance in Winston-Salem and he’d get the chance to be in Joel Coliseum again. He mentioned getting a kind text message from Wake Forest coach Steve Forbes when Gray became the Catamounts’ choice.

Whatever he accomplishes in Cullowhee, he realizes none of it is possible without his time at Wake Forest.

“I think a lot of my teammates from Wake, we learned that lesson from Coach Prosser, he always drove it in our heads,” Gray said. “And now I’m giving it back. My time at Wake was special. It will always be special. I’ll always be a Deac. And I’ll always want them to be successful as well. Unless they’re playing Western. “

Gray was officially named the head coach at Western Carolina on April 20.