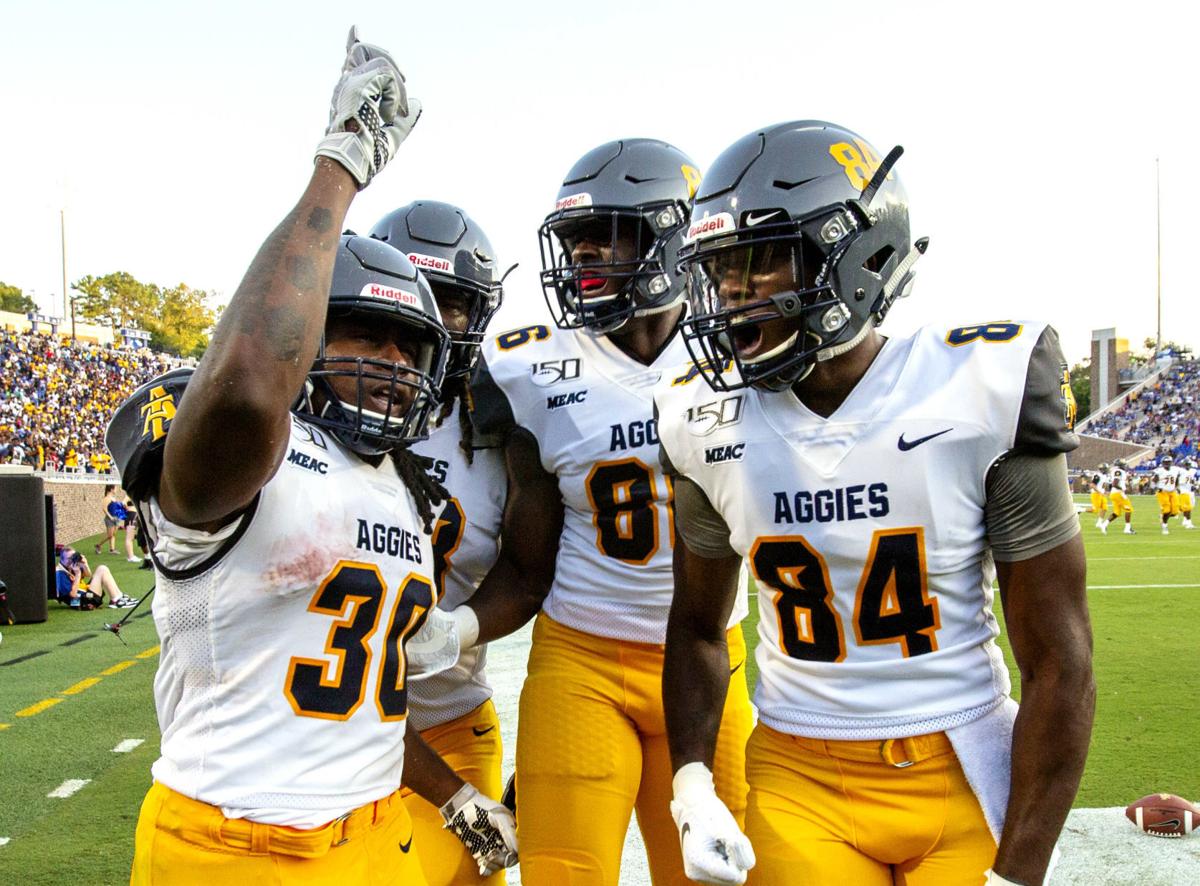 N.C. A&T’s Jah-Maine Martin (from left) with teammates Marcus Pettiford, Jordan McDaniel and Quinzell Lockhart. Martin is A&T’s ninth 1,000-yard rusher in the past 10 years, and a game even when he doesn’t have the ball in his hands. 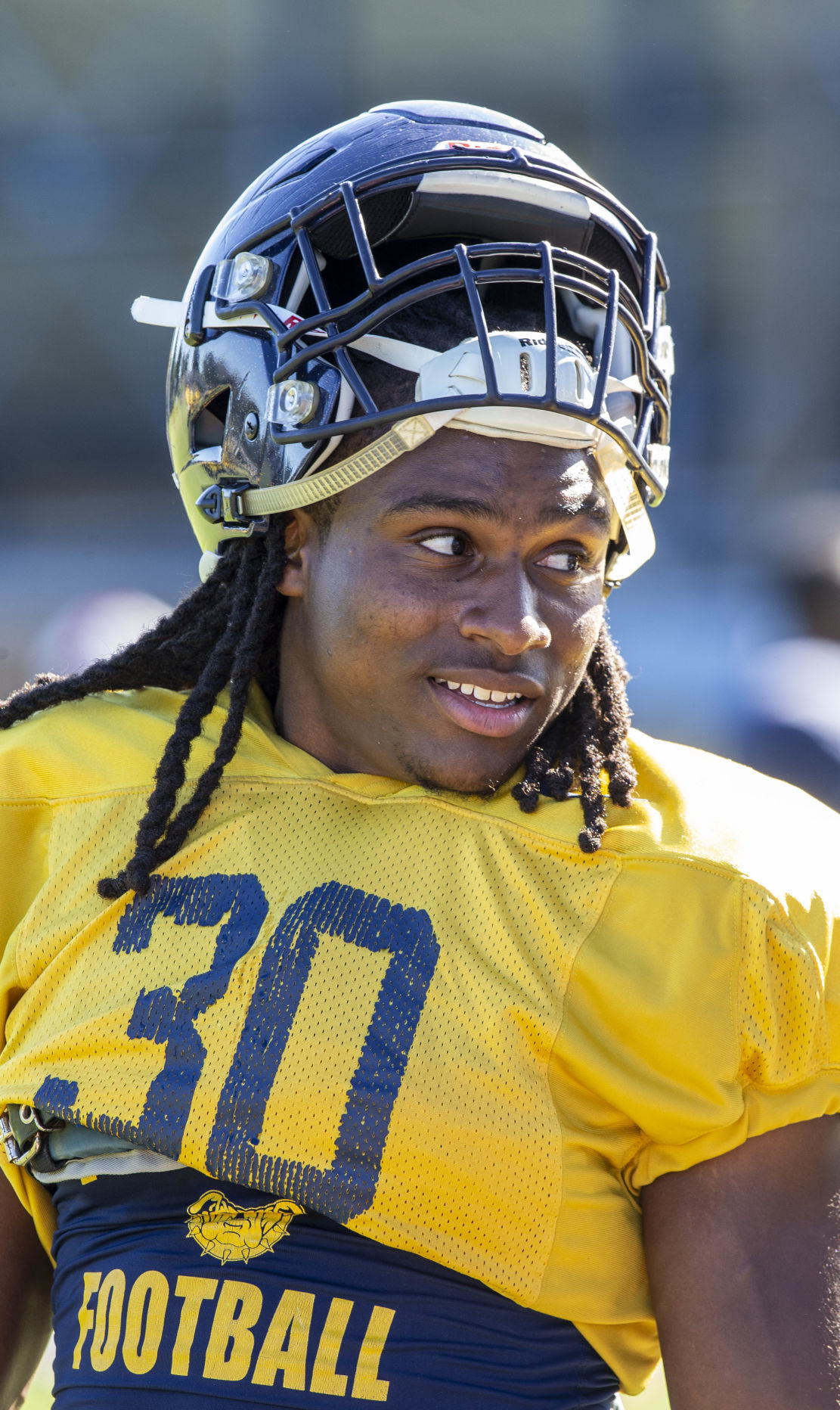 N.C. A&T’s Jah-Maine Martin (from left) with teammates Marcus Pettiford, Jordan McDaniel and Quinzell Lockhart. Martin is A&T’s ninth 1,000-yard rusher in the past 10 years, and a game even when he doesn’t have the ball in his hands.

And so the same defensive scheme that never allowed Tarik Cohen a 100-yard game in his record-setting career sold out against current N.C. A&T running back Jah-Maine Martin.

Martin beat S.C. State anyway. Although the 5-foot-10, 203-pound junior did it with a well-rounded game instead of eye-popping statistics.

Martin finished Saturday's game with 16 carries for 63 yards and a touchdown in A&T’s critical 22-20 victory at S.C. State. That’s half his MEAC-leading average of 127 yards per game.

But what the running back did without the football in his hands was impressive.

Quarterback Kylil Carter had the best statistical day of his career, completing 21 of 38 passes for 267 yards and a touchdown and rushing for a team-high 73 yards.

And a lot of that was made possible by Martin. The running back was a key blocker at times in pass protection. Carter also completed several play-action passes, faking a handoff to Martin to fool the defense and buy extra time in the pocket.

“It was based on what they gave us,” A&T coach Sam Washington said. “… They were stacking the box. They were bent on stopping Jah-Maine and forcing us to throw the football. And Kylil did a fabulous job with play-action, sucking those linebackers up and throwing that slant (pass route) behind them.

“Jah-Maine did a wonderful job hitting the hole hard and making it look like a run play. It was well-executed.”

“I knew they were keying in on me,” Martin said, “so I figured if I carried the fakes out a little extra hard then they would keep their eyes on me. And that would give Kylil bigger windows to throw the ball down the field.”

It did. Senior wide receiver Elijah Bell — already A&T’s all-time leader in catches and receiving yards — made a career-high 11 catches. Receivers Korey Banks, Zach Leslie and Quinzell Lockhart all had big games, too.

“I take pride in pass pro,” Martin said. “My high school coach was big on pass protection, so I learned it early. And you know what? The receivers block hard for me down the field, allowing me to get big runs and touchdowns. It’s only right for me to block for them, to give the quarterback a little extra time to throw the ball to them.”

Regardless, Martin has proven his value already as a hybrid of A&T’s last two lead backs, the speedy, shifty Cohen and the power-running, physical Marquell Cartwright.

“Jah-Maine’s a football player,” Washington said. “And it’s very important how well you play without the ball. That’s going to determine what kind of player you really are. When you can still play hard without the ball in your hands, when you still give that max effort, then you’re a complete player. That’s one of the reasons why he’s special.”