He excelled there as a student of math and music. He morphed from a walk-on defensive tackle into an All-America. He performed the national anthem at a men’s basketball game and sang on stage with Ronald Crutcher, the Richmond president at the time.

But Turner wanted more. He wanted to test himself at college football’s highest level, pursue a Power Five conference championship and elevate his NFL stock.

So after four-plus years at Richmond, Turner transferred in January to Wake Forest, where the elite academics and winning football checked all his boxes.

“It was,” Turner said, “a business decision.”

For the Deacons as well.

Wake Forest went 11-3 last season, earning the program’s second ACC Atlantic Division title and highest finish, 15th, in the Associated Press poll. But the Deacons ranked 10th among 14 conference teams in scoring defense, and improvement is essential if they’re to fend off the likes of division rivals Clemson and N.C. State in 2022.

“I’m just looking for some [defensive] consistency,” said Wake Forest coach Dave Clawson, who led Richmond’s program from 2004 to ‘07. “... We need to have a better feeling week in week out what we’re going to get.”

With accomplished returnees such as quarterback Sam Hartman and receivers A.T. Perry and Donavan Greene headlining the offense, the Deacons appear destined for a sixth consecutive season of averaging 30-plus points per game under coordinator Warren Ruggiero. But can the defense avoid the dam breaks that allowed opponents to score 40-plus points five times in last year’s final eight games?

The answer will be yes if Turner meshes well with veterans such as defensive end Rondell Bothroyd to embrace new coordinator Brad Lambert’s schemes and nomenclature. Lambert served as Purdue’s DC last season, and the Boilermakers ranked 34th among 130 Bowl Subdivision teams in scoring defense, 54 spots north of Wake Forest.

“It gives us a little chip on our shoulder having our defense be viewed the way that it is,” Turner said. “We know what we can be, and with all of our pieces put together what we should be. We’re looking forward to going out and proving that come Saturdays in the fall.”

At 6 feet 3, 290 pounds, Turner has the size, skills and smarts to fill the void left by second-team All-ACC tackle Miles Fox. Turner was first-team all-Colonial Athletic Association in the 2021 spring and fall seasons and finished his Spiders career with 33½ tackles for loss and 15 sacks.

Bothroyd called Turner “a natural leader” with relentless energy. Clawson said Turner “never has a bad day,” appreciates the opportunities Wake Forest presents and “wants nothing handed to him.”

Twice Turner has played piano at Clawson’s home, a Bonnie Raitt tune during his recruiting visit and classical during a subsequent dinner. Whatever music is playing in the Deacons’ locker room, Turner sings along.

But Turner’s principal focus at Wake Forest is football, not music.

“First and foremost,” he said, “all the credit goes to the team for having such a welcoming environment where I can come in and just have the chance to be myself. I don’t have to pretend to be anybody else. And it’s an environment where everybody’s trying to get better. ...

The program’s stability — Clawson has guided the Deacons to a bowl in each of the past six seasons — is a primary reason Turner chose Wake Forest instead of Virginia Tech. A Northern Virginia native, Turner was drawn to the Hokies, but Tech is transitioning to new head coach Brent Pry after three losing records in the past four years.

Clawson’s Richmond ties also were a factor as Turner consulted with Spiders coach Russ Huesman and defensive coordinator Justin Wood on his future. Huesman was Clawson’s DC at Richmond, and the two remain close.

Indeed, Clawson would not have recruited Turner or cornerback Malik Mustapha, a 2021 transfer from Richmond to Wake Forest, without Huesman’s blessing. Once it was clear to Huesman that Mustapha and Turner were intent on transferring to an FBS program, Huesman steered them toward Clawson.

“Even though I was leaving that institution, they valued me ... and helped me figure out which spot would be the best,” Turner said of Huesman and Wood. “That connection Coach Huesman and Coach Clawson have definitely helped me.”

Turner returned last month to Richmond, where he reunited with friends such as Aidan Murray, Ray Eldridge and Xavier Marshall. His Twitter posts still have an occasional Spiders flavor.

But now life revolves around Wake Forest football. Training camp started Monday, and the season will begin Sept. 1 against VMI.

The Deacons’ ACC opener is Sept. 24 at home versus heavyweight Clemson, and what better way for Turner to announce himself to the league than against an opponent that has defeated Wake Forest in each of the past 13 years?

“I know what I have,” Turner said. “I’m excited to be able to show that on a bigger stage.”

The Colonial Athletic Association’s announcement Wednesday that Campbell would become a league member in 2023 adds to its presence in North Carolina.

GREENSBORO — Holding its first practice at the Smith Soccer Complex wasn’t a big deal for the N.C. A&T football team.

WINSTON-SALEM — Wake Forest had the highest-scoring football team in its history last season, but it may be even better this year thanks to th…

CHARLOTTE — Being picked to win a league championship is nothing new for the N.C. A&T football team and Coach Sam Washington.

Evolving college basketball landscape is forcing coaches to adapt ... or ‘get out’

Mark Turgeon and Chris Mack had the kind of college basketball jobs at Maryland and Louisville, respectively, that you don’t walk away from. 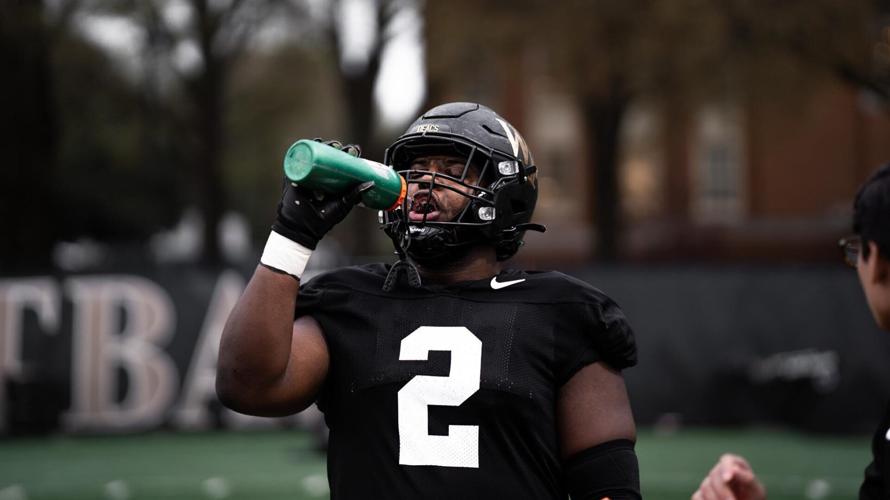 Defensive tackle Kobie Turner, a transfer from the University of Richmond, has impressed his new teammates and coaches at Wake Forest. 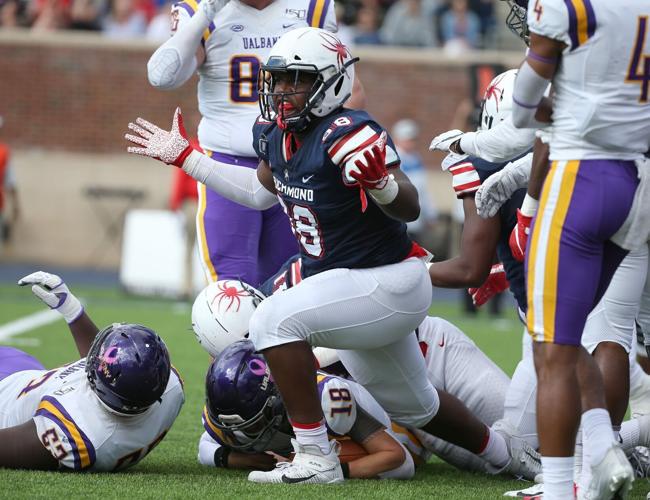 Kobie Turner was a standout on Richmond’s defense for four years, but he transferred to Wake Forest for the chance to shine at a Power Five school and make a push for the NFL. 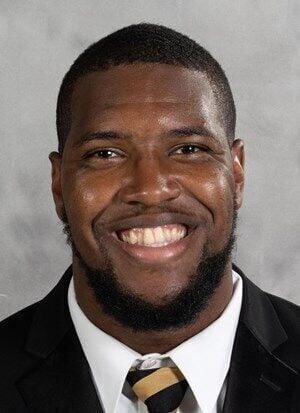 Winston-Salem Journal Kobie Turner was an FCS All-America with Richmond, recording 33½ tackles for loss and 15 sacks in his tenure.