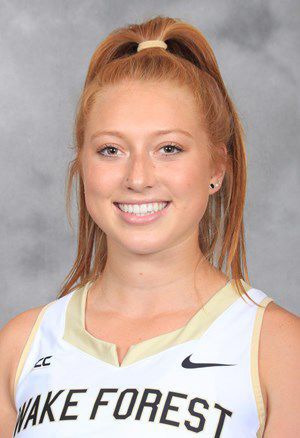 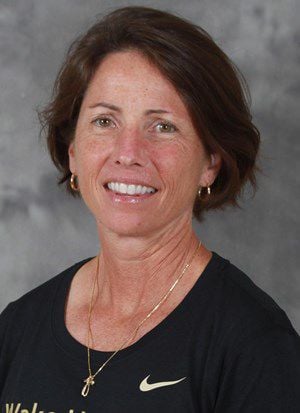 Running 8.46 miles for the 8 minutes, 46 seconds that Derek Chauvin’s knee was on George Floyd’s neck.

“I just really wanted to actually put it into action because I think that’s really important, along with educating ourselves and fighting for what’s right,” said Eleanor Winants, a rising junior on the Deacons’ field hockey team. “I think putting it into action and actually making a difference is what we need.

“And I know everyone on my team has been looking for ways to put it into action, not just speak out about it.”

Winants and her teammates on the field hockey team were challenged by coach Jen Averill to find a way to do more than craft a tweet or Instagram post about the social injustices that have come into focus.

“I told them in an email last week, I said, ‘I want to look back a year from now and I want us to be able to be proud of the measures and the steps and the way that we tried to contribute to this cause in a productive and safe manner,’” Averill said. “For example, the protests that are in Winston-Salem, I’m so proud of our community. Don’t let it die down, keep it going.”

Winants saw an Instagram post about Monday’s event. Student-athletes from universities across the nation vowed to run, bike, swim — or any combination of those — 8.46 miles in memory of Floyd, the black man who was killed in Minneapolis by Chauvin, who has been charged with second-degree murder.

On Saturday, Winants sent the idea to a team group chat. The response was immediate.

“I thought it would be a great way for our team to stand by everything that’s going on and help with the movement,” Winants said. “And so I sent it to my team, and everybody was all in for it, they really wanted to do it.”

As of 3:30 p.m. Monday, the GoFundMe page for the event had raised $40,928. Donations to the fund will go directly to Black Lives Matter.

Winants, who’s from Hamilton, Va., ran with her sister in the late morning. Averill knocked out her run earlier in the morning.

“As the director of this program, I’m just enamored, I’m in awe of our students wanting to be a part of something, wanting to better themselves, but also better the environment and the community that they’re engaged in,” Averill said.

There's also another step for the field hockey team; incoming freshman Hannah Maxwell has encouraged the team to download online lectures from Yale University, available in a 25-part lecture series on the school's website.

“… I really wanted to join something that’s going on out there and making a difference, honoring George Floyd.”