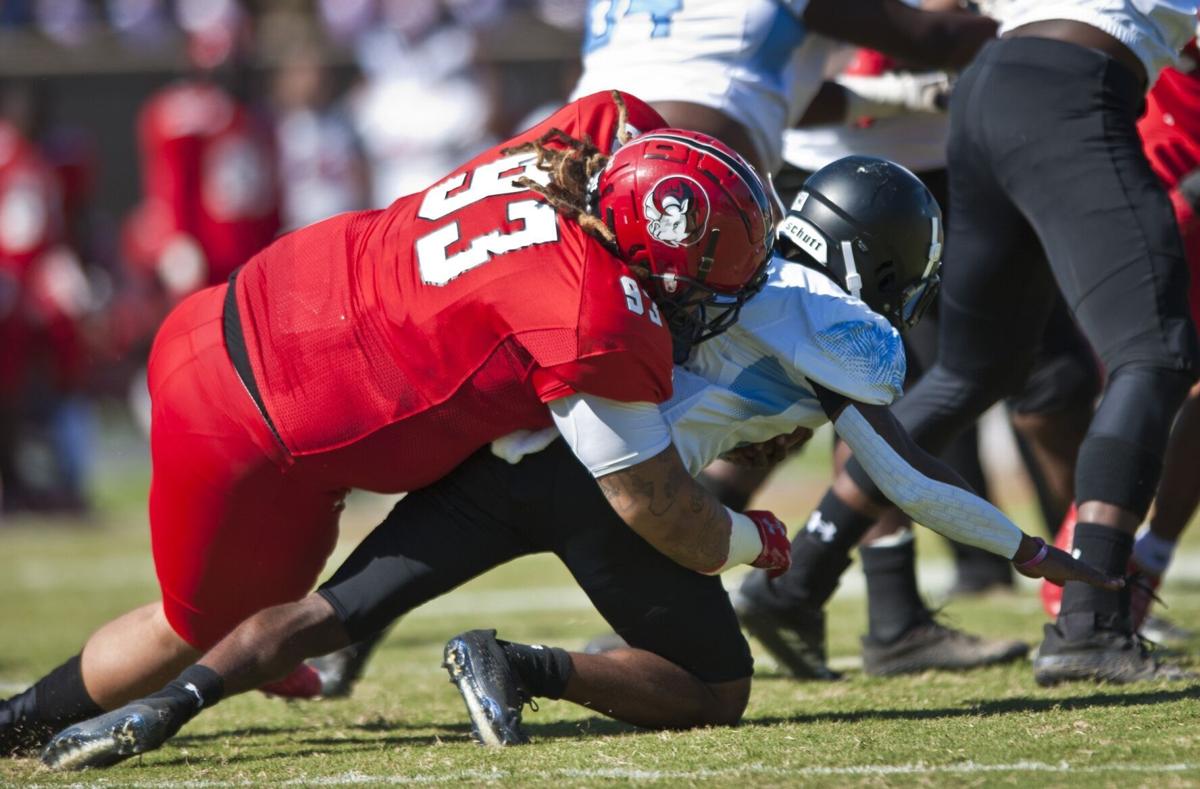 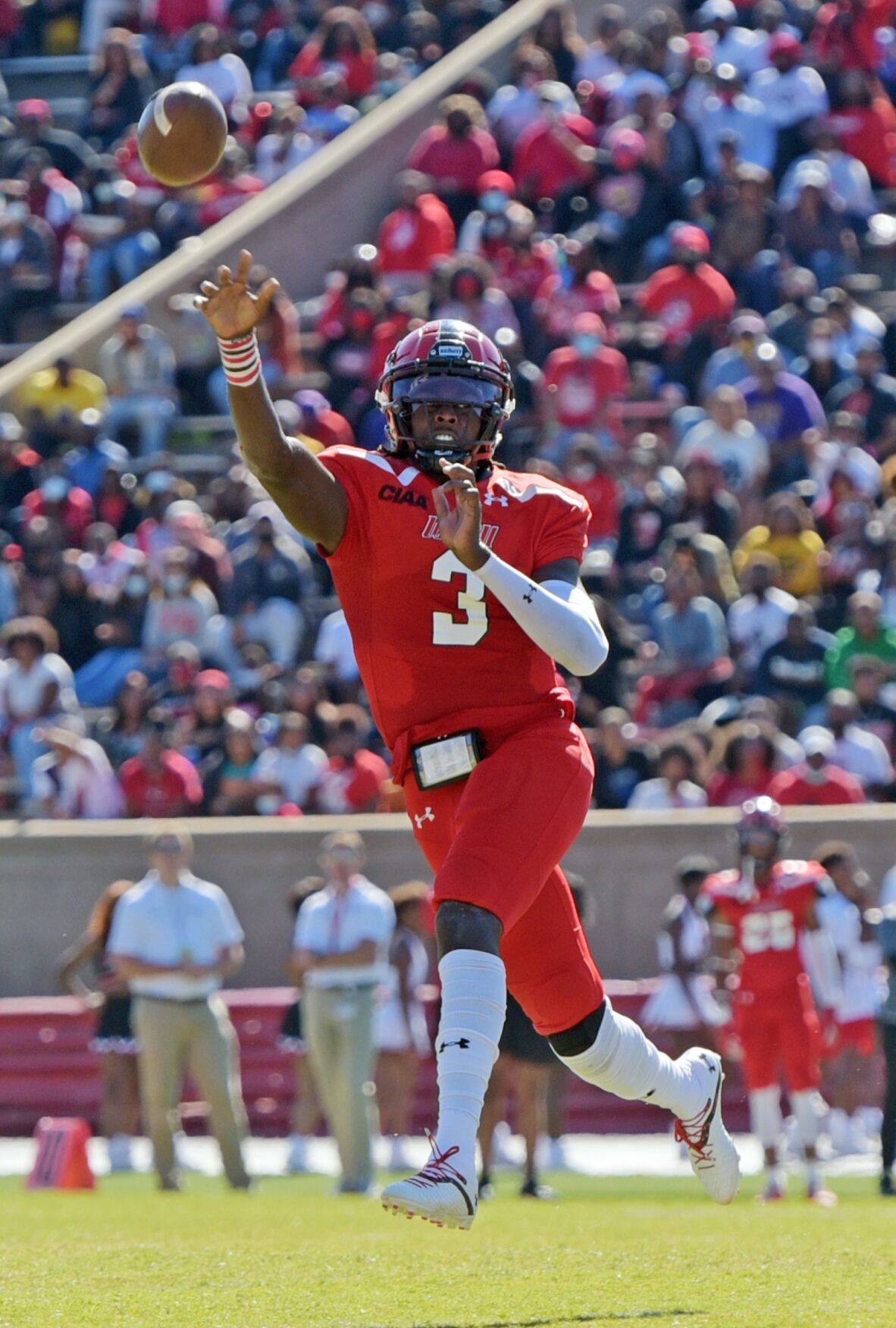 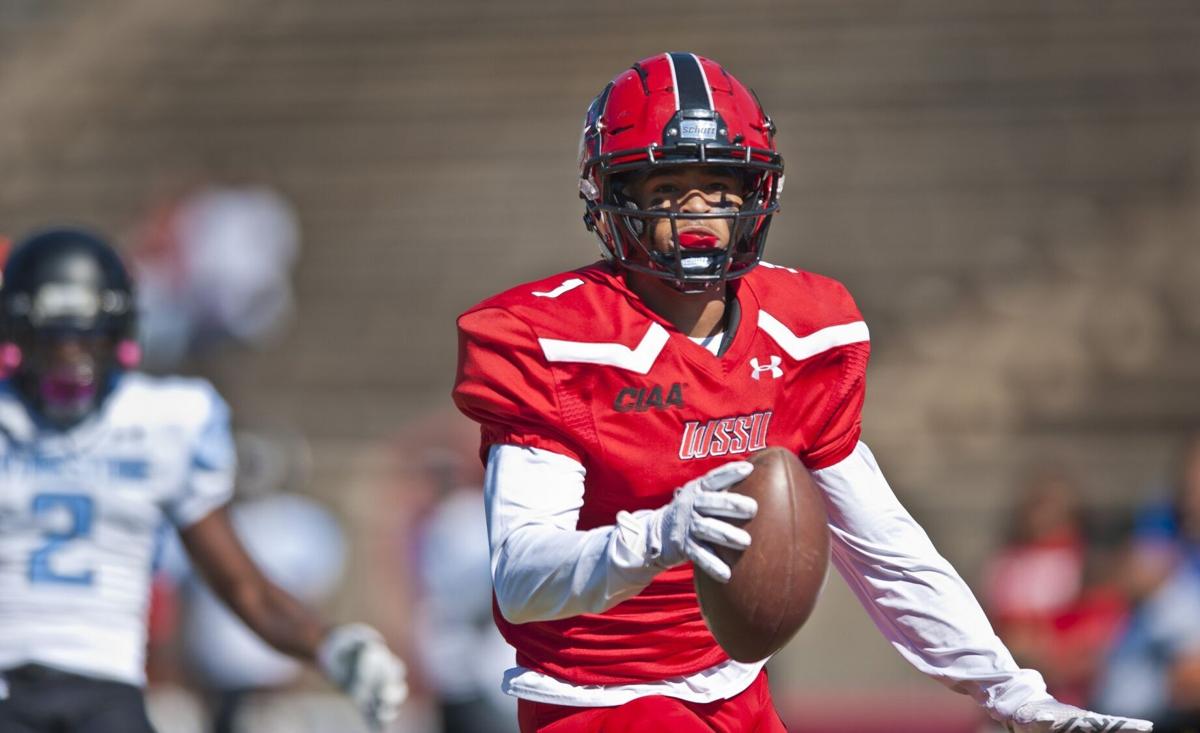 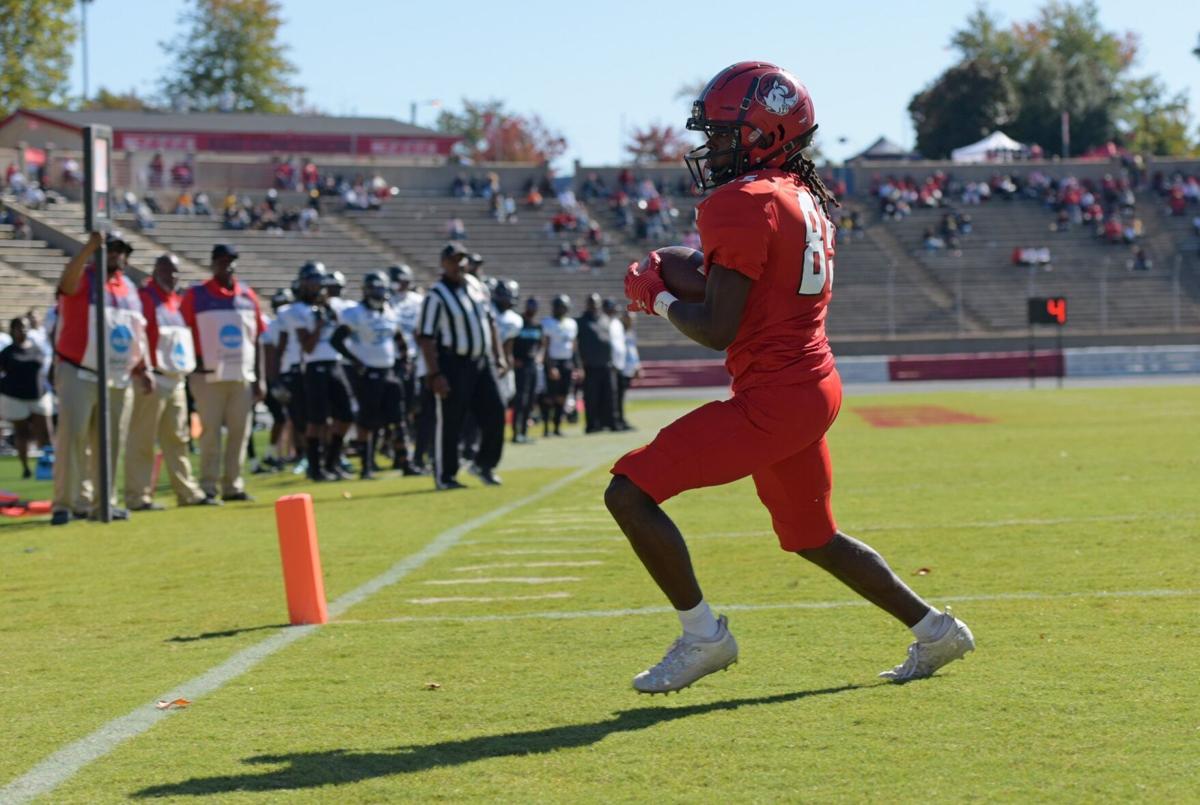 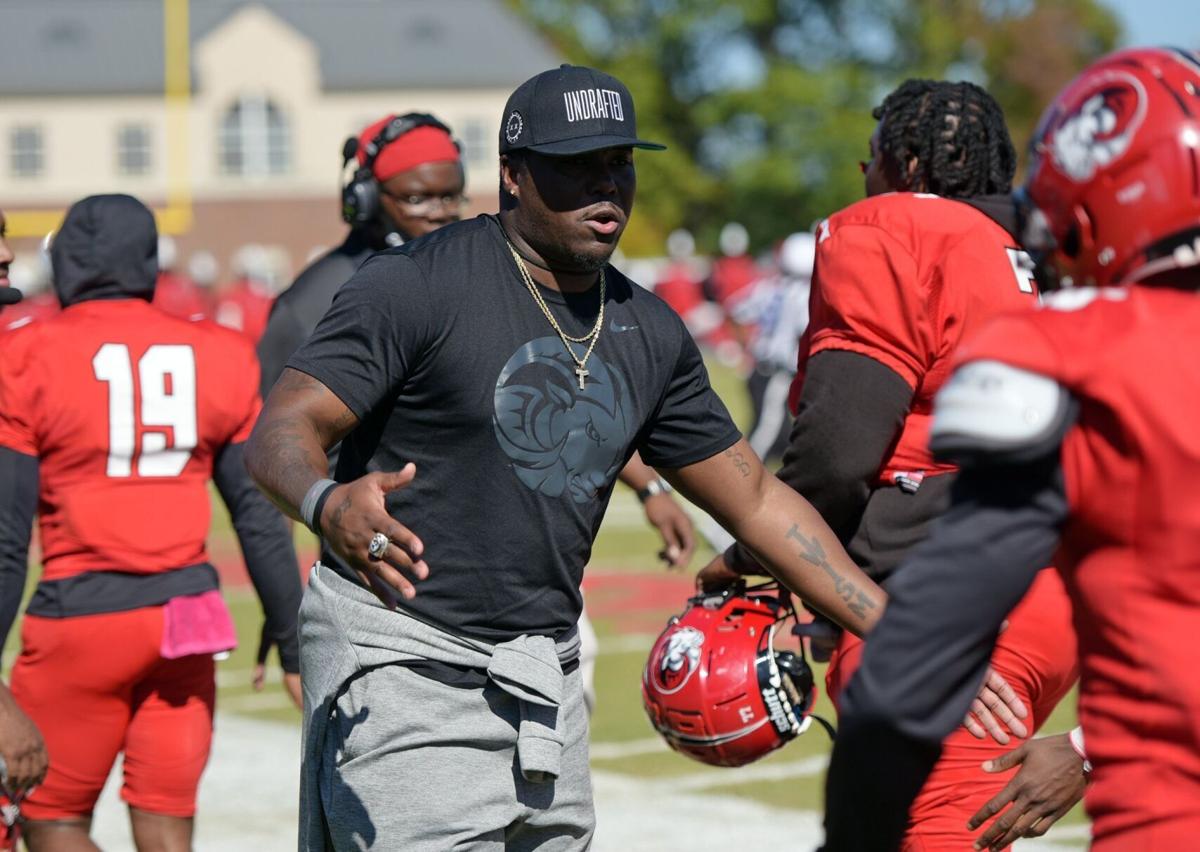 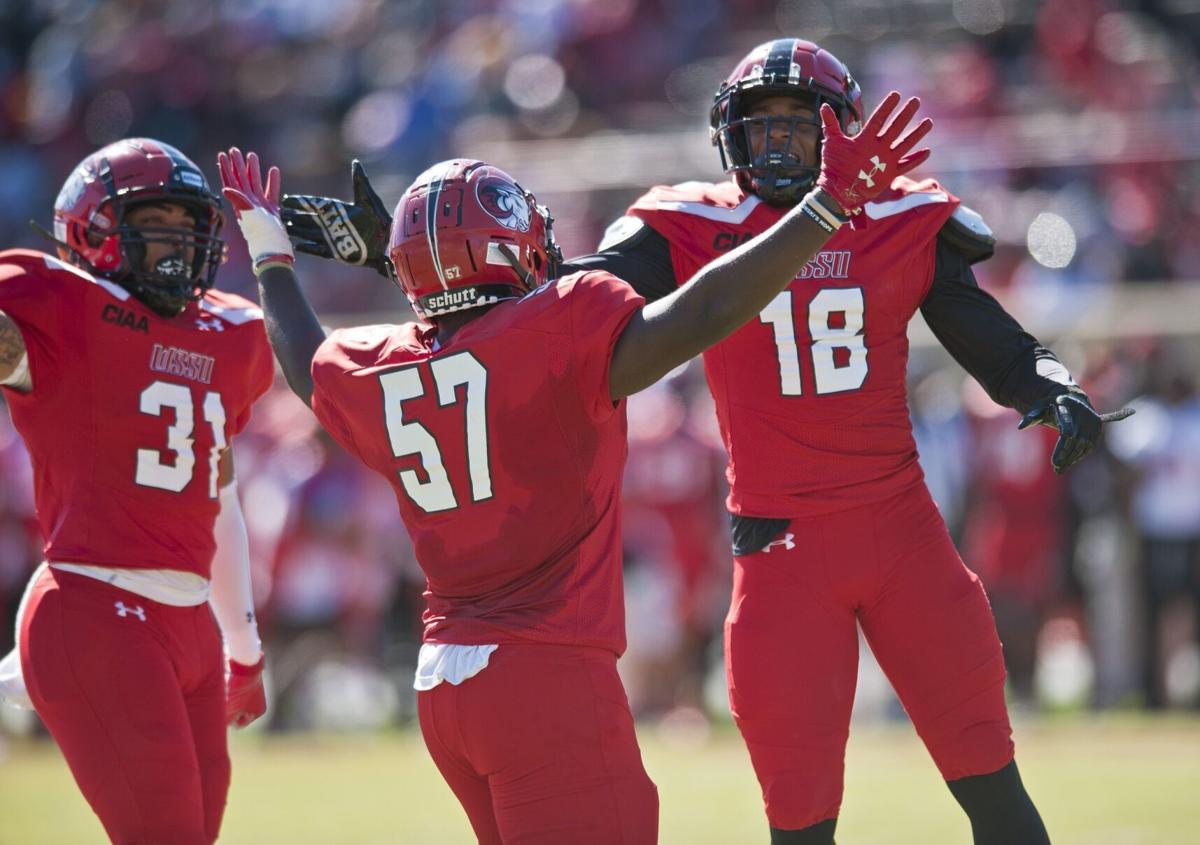 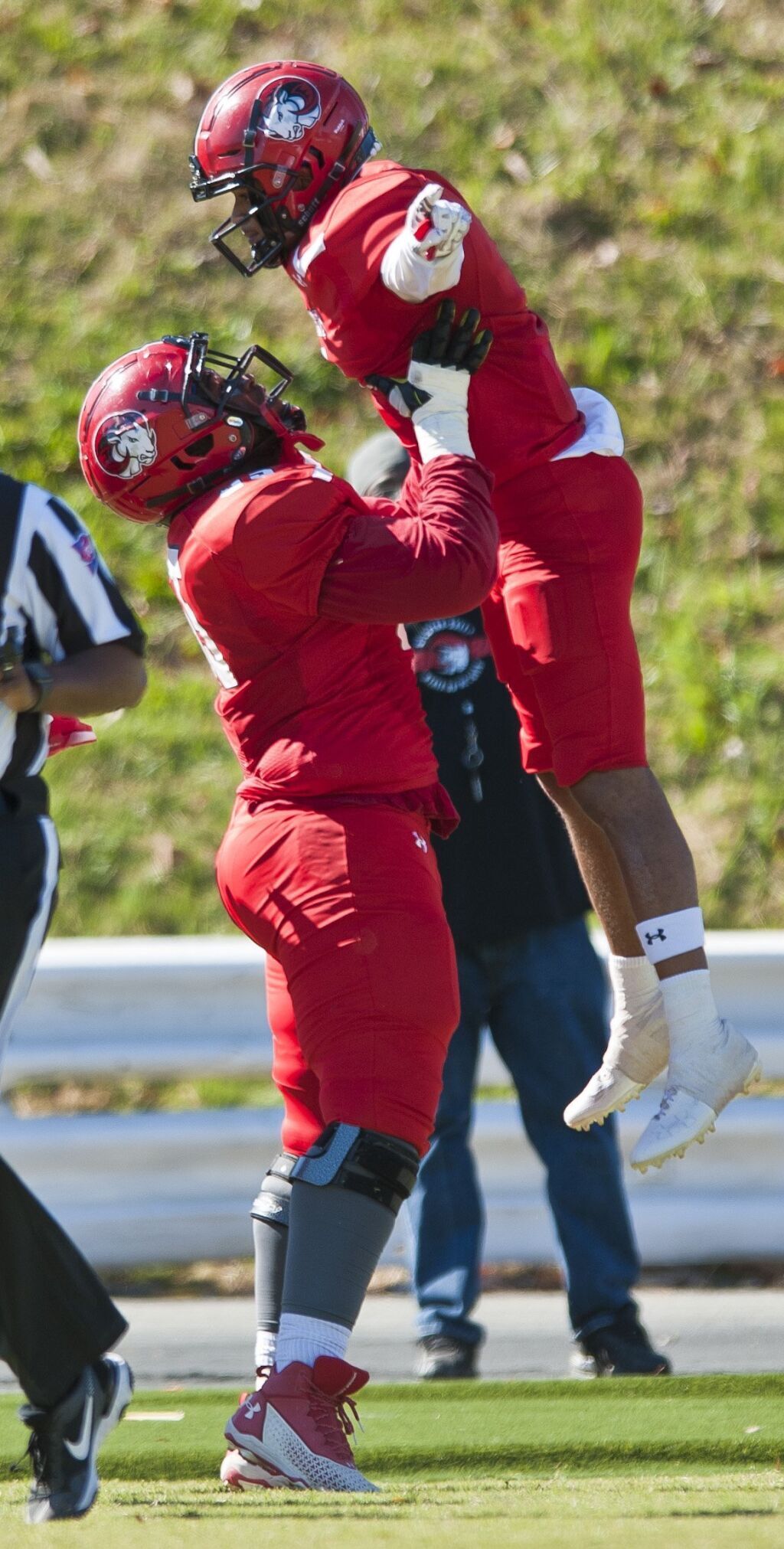 The Rams rolled to a 21-0 win over Livingstone, thanks to a defense that didn’t bend or break but dominated for four quarters.

The Red Sea of Sound never sounded better, and public-address announcer B Daht was entertaining as usual as the nearly 6,000 fans enjoyed a sun-splashed afternoon watching the Rams’ third straight victory.

“This is the game you have to win, and I thought our guys came out with that swagger you need,” said Robert Massey, the interim head coach of the Rams. “To do this in front of these fans in our final home game of the season means something.”

The homecoming crowd drew some of the biggest names from the glorious past of the program, including Hayes, the legendary former coach and athletics director, Connell Maynor, Tory Woodbury, Yancey Thigpen, Carlos Fields and several others.

They didn’t leave disappointed as the Rams (3-2 CIAA, 3-4 overall) posted their second straight shutout. The Blue Bears (1-4, 1-7) lost to the Rams for the 17th straight time; they had no answer for the Rams’ defense.

One of the seniors, defensive back Josh Flowers, reached down as he walked off the field for the final game in a Rams uniform and grabbed some of the grass from the turf. It was a way of paying homage to his career at WSSU.

“The big thing since the Chowan game was, we have banded together because we knew we could make a run if we started playing better,” said linebacker Ta’Shaun Taylor, referring to the 73-7 beatdown at the hands of Chowan a month ago. It was the second-worst loss in school history.

Marvin Bohannon Jr., the feisty defensive coordinator, didn’t do anything drastic to his defense other than a short speech he gave the Monday after the loss to Chowan.

“We had one bad game,” Bohannon said of what he told his defense. “So I told my kids: Either you are all in or not, there’s nothing in between. And since then they’ve been dominant.”

For defensive back Justin Fleming, a freshman playing in his first homecoming game, the excitement level and the atmosphere around the game was all new to him.

“This is amazing,” he said afterwards. “This was my first homecoming since high school and I appreciate my family coming out because this isn’t like a regular-season game, especially when you see all these fans here.”

In the first half, the Rams’ defense held the Blue Bears to 90 yards on 30 plays as they got past midfield once and that was on a penalty.

On offense, the Rams scored three times in the first half on eight possessions, with quarterback Cam Lewis throwing three touchdown passes. Two of them were to Alex Cabrera and the other was a 10-yard pass for a score to Antjuan Collins for a 21-0 lead at halftime.

The Blue Bears never could establish anything on offense. Defensive back Elijah Banks of the Rams continued his outstanding play with his third interception of the season in the first half.

Lewis ended up 12-of-25 passing for 196 yards and an interception to go with his three touchdown passes. He was also sacked six times as the Rams were forced to punt eight times, but because their defense was playing so well it hardly mattered.

Cabrera, a senior transfer from Eastern Kentucky, was also playing in his first homecoming game at WSSU. He had his breakout game (3 catches for 88 yards) at the right time as he got behind the defense on both of his touchdown catches, with one from 35 yards and the other from midfield.

“This atmosphere is crazy,” Cabrera said. “I’ve been to four other college homecomings before this and there’s nothing like this one.”

The Rams will end their season with two road games starting with Shaw on Saturday.

“Right now we need to lean heavily on our defense and they’ve been there for us,” Massey said. “We now got Shaw and they have a good team and a good coaching staff, but now we have to do our part at their place.”