We might think we fully understand the mascot controversy sweeping the country right now. And we might assume that every Native American on every reservation in the United States feels the same way about it.

But that’s just not true.

Here in North Carolina, where the Cherokee live on the Qualla Boundary on land they’ve always owned, they don’t see themselves as living on a reservation. They have their own nation.

And they have their own opinions about things we can never fully understand. One of those is the mascot controversy.

And while they don’t all agree on everything about the movement to end mascots associated with Native Americans, they do have some strong opinions. Just maybe not the opinions you would think they’d have.

“First and foremost, in no way shape or form do I represent the entire community of Cherokee, but I have always felt that most Native American mascots are very prideful,” said Skooter McCoy, the former football coach at Cherokee High School. “I can’t imagine someone picking a nickname or a mascot that they aren’t proud of. I see them as being bold, strong, fierce, brave and tough, and a lot of school systems and schools want to be represented by something strong.”

McCoy was the first full-blooded Cherokee to coach the football team, and he has experiences that he carries with him through the years. Some good and some bad.

Like many who live on the boundary, he’s a little uncomfortable about where this all could lead. But make no mistake about it, he’s ready for the name “Redskins” to go away forever.

Many in Cherokee, some of them lifelong fans of the Washington football franchise, want it gone because of the history associated with it.

“Personally I’m opposed to the name Redskins,” he said. “It comes from some pretty horrendous origins. But once you change it, everybody else is going to want other teams, like the Chiefs or the Braves or the Indians, to change. I’ve never really been a huge advocate for those other teams to change.”

Nationally, the argument has begun. From the Cherokee boundary, they look at it not with wild-eyed zeal but with curiosity. And they’re mostly interested in those outside the culture understand where the term came from.

“The term red skin isn’t what people think,” McCoy said. “A lot of people make the assumption that redskin refers to skin color. That term was used differently throughout different times. But our history taught us that there was a bounty-hunting term that referred to us as red skins. The bodies were brought in covered in blood. That’s why it’s so derogatory to native people.”

The story in the One Feather this week about the controversy in Washington and nationally began with a history lesson:

“A notice in the Daily Republican newspaper, in Winona, Minn., on Sept. 24, 1863, reads, ‘The state reward for dead Indians has been increased to $200 for every red-skin sent to Purgatory. This sum is more than the dead bodies of all the Indians east of the Red River are worth.’”

Gregg McGaha, a history teacher at the high school in Cherokee, said his students know their history well, some to the point of getting tired of hearing it over and over.

“They’re teenagers,” McGaha said. “They’re opinionated and it’s a mixed bag. Some are deeply offended by the stereotypes that are out there. Some just want to be represented. Native Americans are the forgotten minority, and they want to be remembered.”

He said there are those who see the removal of statues across the country and worry that history is being erased. Cherokee students want their history to be taught and recognized.

He said most of his students are more keenly aware of the debate over what’s going on in Atlanta instead of Washington. The high school mascot in Cherokee is the Braves.

“They see the tomahawk chop, and they don’t like it,” McGaha said. “That’s the conversation that comes up a lot here.”

The argument rages outside of the boundary. Indian groups and support groups and anti-mascot groups across the country know there’s blood in the water now. Nothing is sacred, from the troubling traditions of war paint and headdresses at Florida State and in Kansas City and D.C. to the war chants and fight songs and the flaming spears in college football stadiums.

It’s a black-and-white argument across the nation. You’re either for it or against it.

On the Qualla Boundary, where the waters run clear and cold, it’s neither black nor white, but red. Proud red.

You won’t get a consensus in Cherokee.

McCoy said the people there are like people everywhere. They're different, and yet they’re the same.

“We have a huge following of the Redskins fans in Cherokee,” he said. “It’s a huge fan base. Ironically I’m a Dallas Cowboys fan. Personally, I feel that Native American mascots are something to be very proud of, if all the intentions are good. It’s a tough topic, but we’re a tough people. We’re the Cherokee Braves.”

"This process allows the team to take into account not only the proud tradition and history of the franchise but also input from our alumni, the organization, sponsors, the National Football League and the local community it is proud to represent on and off the field." – Dan Snyder, Redskins owner, in a statement.

"It's good it's being changed. It just took me being an adult, stepping back and looking at it from another view. ... If it's offensive to some, some is too many." – Rodney Shortt, to the Washington Post.

"It's like taking out a general in a war. When you take out the main proponent of institutional racism off the field, you give yourself a better chance. I just think the bough is about ready to break. All of this stuff is so obviously wrong, but it's institutionalized so people believe that this is the way things are." – Louis Gray, member of the Osage Nation and former president of the Tulsa Indian Coaltion Against Racism, to the Washington Post.

"Even at my age, you don't want to be too old to learn or to realize that, maybe I've been ignorant of some things, and to be ashamed of it, and to try to be better. I'm glad that we're going to be open to listening, because I think that's probably the most important thing right now, is being willing to listen, not necessarily just talk." – Cleveland Indians manager Terry Francona.

The Atlanta Braves nickname "honors, supports, and values the Native American community. That will never change." The Braves have "created an even stronger bond with various Native American tribes, both regionally and nationally, on matters related to the Braves and Native American culture. We have also held meetings with our Native American Working Group which will collaborate with us on cultural issues, education and community outreach to amplify their voices and show our fans they are still proudly here." – Atlanta Braves statement.

"They name teams out of STRENGTH, not weakness, but now the Washington Redskins & Cleveland Indians, two fabled sports franchises, look like they are going to be changing their names in order to be politically correct. Indians, like Elizabeth Warren, must be very angry right now!" – President Trump on Twitter.

Some props to look at tonight between the Lightning and Islanders

Some props to look at tonight between the Lightning and Islanders

Look for the under when it comes to Giannis's points prop

Look for the under when it comes to Giannis's points prop

A&T's Randolph Ross and Trevor Stewart are going to the Tokyo Olympics.

The suicides of Northern Guilford's Mitch Lasley and Glenn's Sterling Fair bring the community together for a cause.

Thanks to the quick response from a doctor who was nearby at Greensboro County Club's Farm Course, Goodes is back home after a week in the hospital

The Wolfpack, which will play again Friday, needs three more wins to earn a national championship.

The 26-year-old Rahm became the first Spaniard to win the U.S. Open. His victory also returned him to No. 1 in the world. 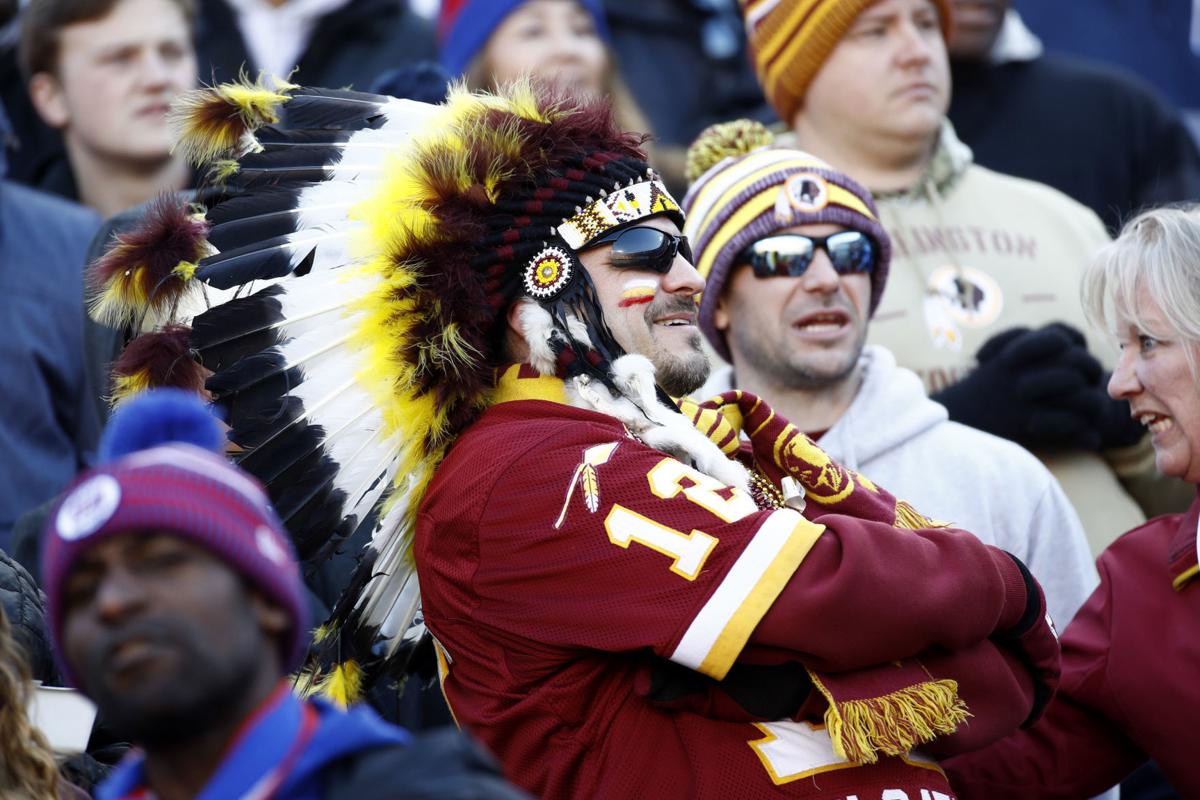 The NFL's Washington franchise is putting its Redskins nickname and imagery under review, but a change is expected. 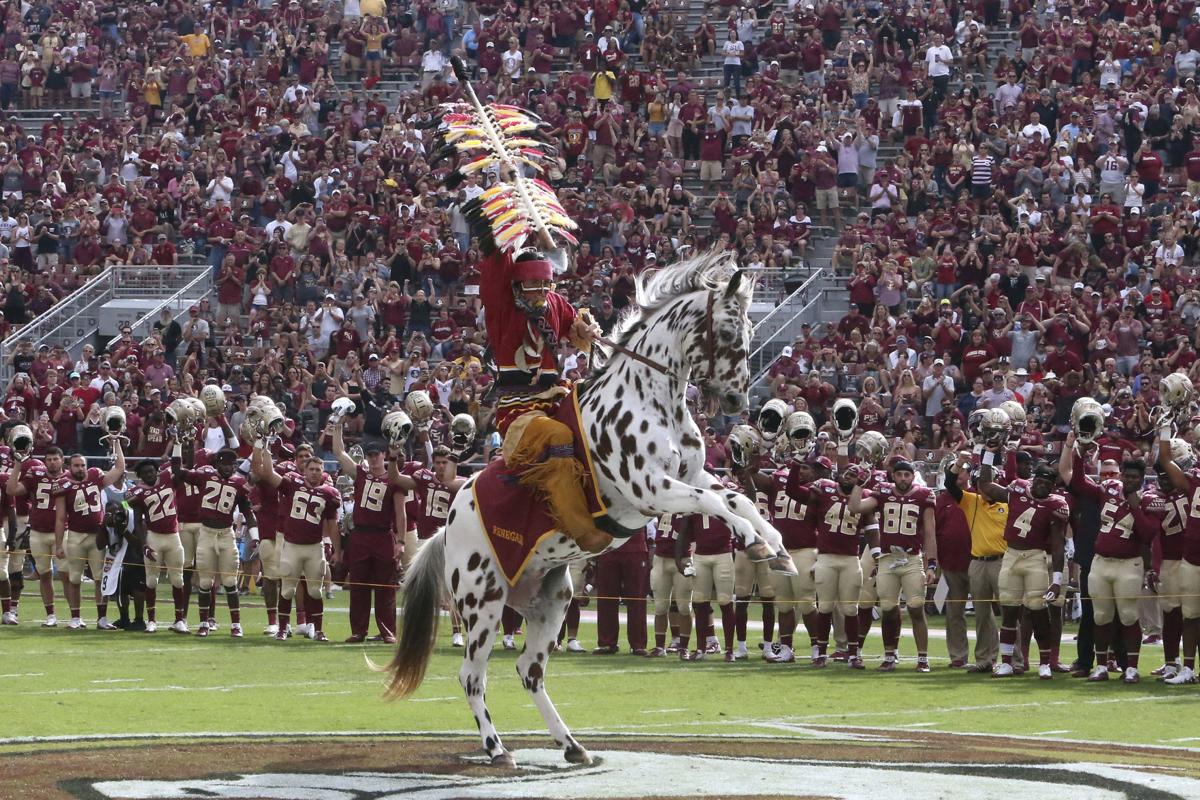