GREENSBORO — Eddie Bridges dedicated his life to the outdoors, wildlife and land conservation. He helped raise millions of dollars for those causes and for his university, Elon.

But that work was about the people, too.

“It’s about the thousands of people who are members of my foundation and other interested folk who have embraced my cause,” Bridges told the News & Record’s Jeff Mills in 2019. “It’s about the 1 million men, women and children who hunt and fish in North Carolina, people who have generated $2.3 billion a year for our state’s economy. No other sport has done that.”

A celebration of life service will be from 3 to 5 p.m. June 23 at the Grandover Resort. The family requests RSVPs to be sent to eddiebridges001@gmail.com. The family also would welcome any photos of Bridges or messages to the family.

Bridges, who grew up near Morganton and is a 1957 graduate of Elon, pitched the idea to the state Wildlife Resources Commission that selling lifetime hunting and fishing licenses would help provide for the enforcement of hunting regulations and for habitat for animals.

In 1992 he founded the nonprofit North Carolina Wildlife Habitat Foundation, an organization that has helped preserve land, fund studies and even restore an old barn that became the Frank A. Sharpe Jr. Wildlife Education Center at Greensboro’s Bur-Mil Park.

Two years ago, Bridges estimated that he had raised more than $200 million for endowments for nonprofits, state programs and Elon.

“If I go to a deer stand or a duck blind and stay there all day and don’t shoot my gun, it’s worth it,” Bridges told the News & Record’s Richard M. Barron in 2015. “Nobody sees it but me and the Lord. It’s private.

“I have turkeys walk past me, bobcats, bears. It bothers me that mankind is destroying all that.”

“It’s also crucial to keep kids interested,” he told Field & Stream in 2012. “I’ve been hunting and fishing since I was 6 years old, and I’m still kind of addicted to it. ... I just turned 79, I don’t wear glasses and I don’t need a walker or false teeth, so I think it’s done me some good.”

Bridges was chosen for the state sports hall in 2019, and the former college football and baseball player who found fame in the outdoors was inducted with a class that included former N.C. A&T football coach Rod Broadway, former ACC commissioner Gene Corrigan, the PGA Tour’s Davis Love and NASCAR’s Dale Earnhardt Jr.

“It’s something I never expected to be part of my life’s journey,” he said in 2019. “I’ve gotten a lot of awards from a lot of places over the years, a lot of publicity. But going into the North Carolina Sports Hall of Fame is about a lot more than Eddie Bridges.”

Bridges won admiration from those he touched. Among them:

NASCAR’s Richard Childress, in 2015: “I’ve watched him with what he’s done and use him as a role model for the great outdoors, not only for me but for many, many people.”

The artist Bob Timberlake, in 2015: “I try to emulate him all the time. I’ve never seen him upset or tired of talking to someone or go hide in a corner. I feed off his energy and excitement. Everybody around him does.”

And News & Record editorial page editor Allen Johnson, in a 2018 column about his heroes: “At a very youngish 85, the executive director of the N.C. Wildlife Habitat Foundation will outhustle people half his age. He also is an alchemist of sorts ... every cause he touches seems to turn to gold, including a recent funding drive to build oyster reefs in the polluted New River in Onslow County. I still think his idea to mint commemorative coins to benefit the International Civil Rights Center & Museum was brilliant; too bad it bogged down in red tape and politics.”

He leaves behind a large legacy, one that will be long-lasting, for sure. His truck is emblazoned with not only Wildlife Habitat Foundation branding but a sign reading, “Don’t Let the Dream Die.” Upon being selected by the News & Record for its inaugural 7 Over Seventy Awards in August 2020, he explained what his life had given him.

“Divine order has taken care of a lot of stuff for me,” he said. “The Lord has blessed me in a multitude of ways. Lots of great things have happened to me, including the North Carolina Sports Hall of Fame. I feel really honored and grateful, and to be 87 years old and still get those nice blessings is pretty remarkable.”

In lieu of flowers, memorial contributions can be made to NCWHF (Eddie C. Bridges Legacy Memorial), P.O. Box 29187, Greensboro, NC 27429 or the Sid Varney Scholarship at Elon University.

Dudley runs over Kings Mountain in second half, wins 36-10

The Panthers run for 184 yards in the third quarter and 242 after halftime to break open a 7-7 game.

With one game remaining in the football regular season, the scenarios for the three teams in contention to win the Atlantic Division and clinc…

Smith holds off Page, 57-52, and Grimsley edges Dudley, 72-71 in overtime, on the second night of the four-team season-opening high school basketball event.

GREENSBORO - When it was over, when the darkness and chill of late autumn descended on the dormant brown grass of Truist Stadium, the proud Ag…

Wake Forest's football team lost at Clemson on Saturday 48-27, leaving the search ongoing for a spot in the ACC championship game.

This week's players in the spotlight are Shelby's Malaki Hamrick, Santana Hopper and Daylin Lee and Statesville's Zamari Stevenson.

Smith and Dudley open the season with wins in the four-team event. The Golden Eagles beat Page 66-59 and the Panthers defeat Grimsley 58-48. 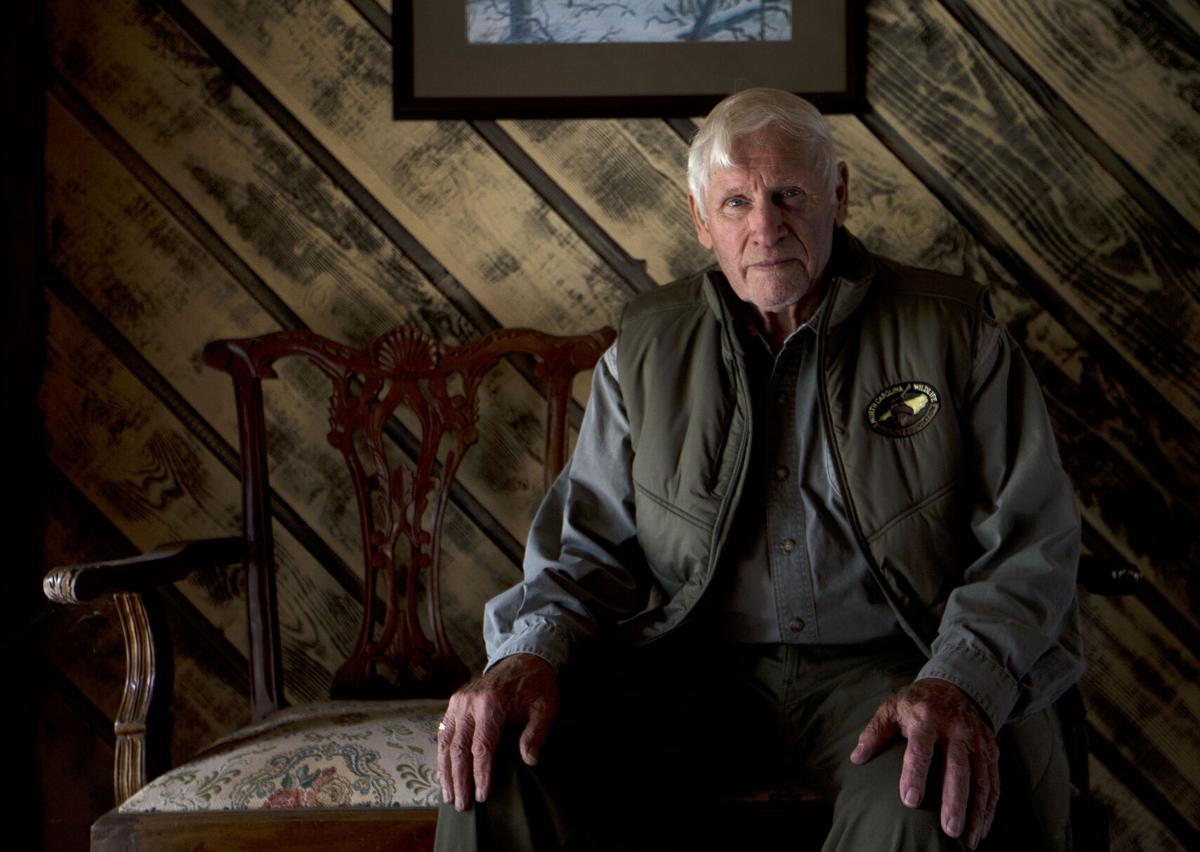 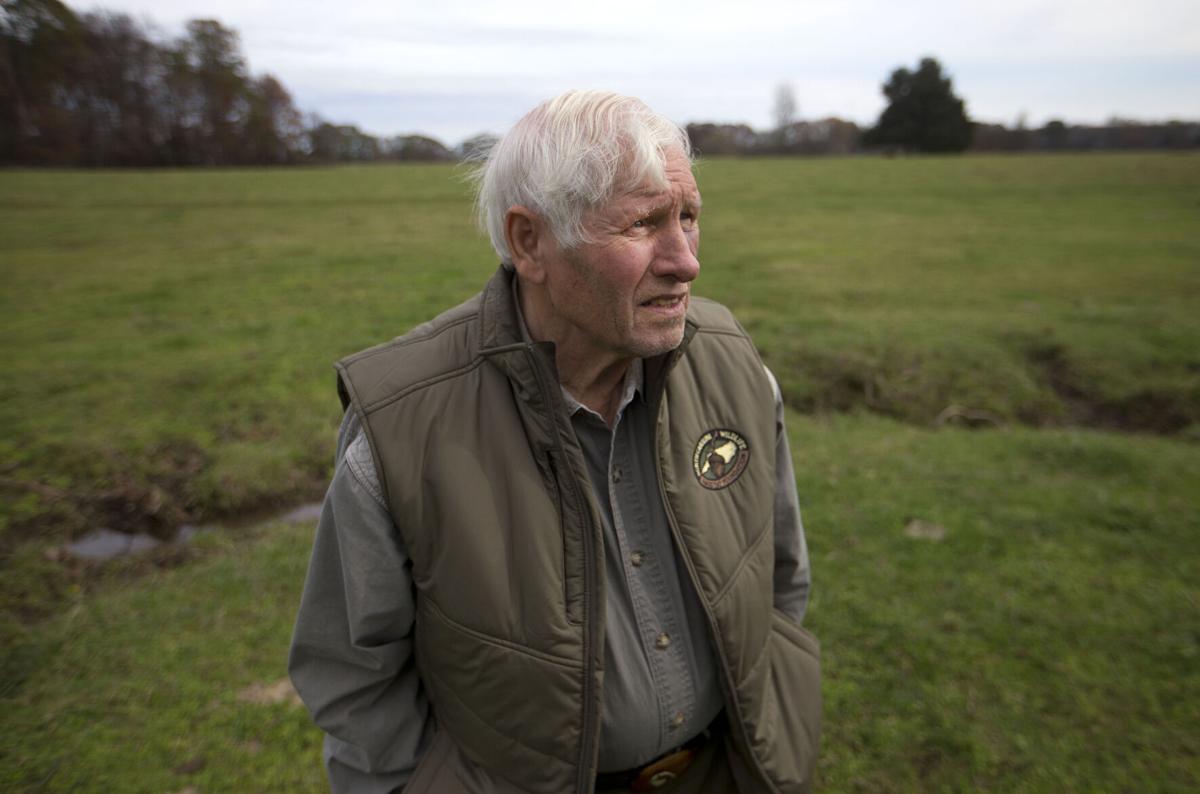