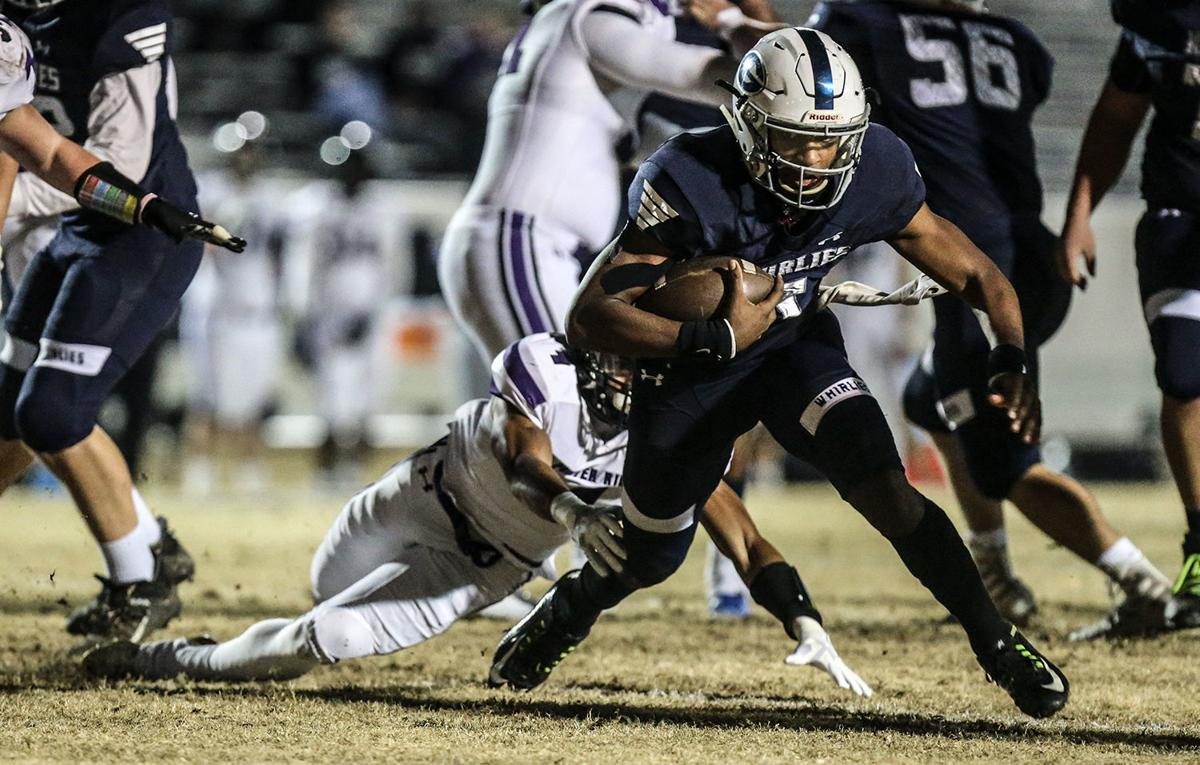 Grimsley quarterback Christofer Zellous escapes a tackle by Porter Ridge's Alex Chapman during the Whirlies' 22-17 win Friday night at Jamieson Stadium. Zellous finished with 69 yards rushing and passed for 124 yards and a touchdown. 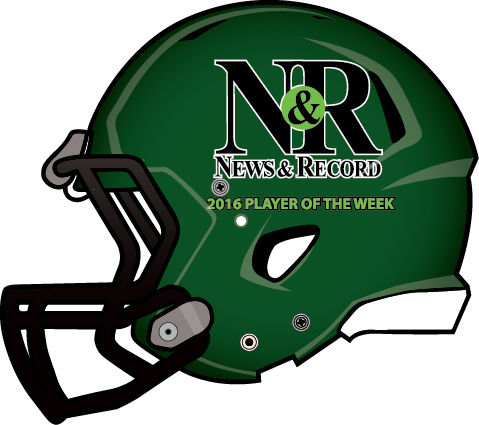 • CLASS 4-A WEST, NO. 3 RAGSDALE (6-6) at NO. 2 EAST FORSYTH (10-2): Ragsdale has won four of its last five games, with the loss coming at top-seeded Grimsley, 33-25 on Nov. 1. Injuries to the Tigers' running backs could make a trip to Kernersville a real challenge for coach Johnny Boykin's team. His son, senior WR/DB Devan, filled in admirably with 200-plus yards tonight, but he also had 32 bruising carries. East Forsyth is much healthier than Ragsdale and has a huge edge in experience after winning the 2018 NCHSAA Class 4-A championship.

• CLASS 4-A WEST, NO. 5 GLENN (9-4) at NO. 1 GRIMSLEY (11-1): Neither of these teams had an easy path to the regional semifinal. Glenn beat Harrisburg Hickory Ridge by the unlikely score of 12-11, while Grimsley outlasted Indian Trail Porter Ridge 22-17. Based on those scores and the way these teams like to play, expect a low-scoring game dictated by the team that can run the ball more effectively and avoid turnovers.

• CLASS 2-A WEST, NO. 3 BREVARD (11-2) at NO. 2 REIDSVILLE (12-1): Reidsville edged Brevard 24-21 in last year's regional final and faces the Blue Devils at Community Stadium once again. This Reidsville team might be even more explosive than last year's squad on offense, but isn't quite as stingy defensively. Brevard, on the other hand, is as stout defensively as any team the Rams have seen this season. The Blue Devils' only losses were bookends: 22-13 at No. 1 seed Burnsville Mountain Heritage in their opener and 12-7 at Pisgah to close the regular season.

• DEVAN BOYKIN, senior, RB/DB, Ragsdale: With the Tigers' backfield decimated by injuries, Boykin — who also has played quarterback and wide receiver during his Ragsdale career — carried the football 32 times in a 30-14 win over Mooresville. Boykin finished with 208 yards and two touchdowns in what likely was his final home football game for the Tigers.

• LIONEL LONG, senior, RB, Reidsville: One of the unsung heroes of last year's NCHSAA Class 2-A championship game, Long rushed for four of his five touchdowns and 121 yards in the first half of the Rams' 49-13 win over Newton Conover. Junior WR/DB/KR Breon Pass added three touchdowns — a reception, a run and a punt return — for Reidsville.

• JIMMY TEAGUE, Reidsville coach: Teague doesn't wear a helmet, so maybe we give him a patch for his shirt or his hat, but the legendary Rams coach reached a milestone tonight. Reidsville's 49-13 win over Newton Conver was No. 300 for Teague in two stints with the Rams. That's with just 55 losses as Reidsville's coach and an overall record of 341-118.