Subscribe
Read Today's E-Edition
Share This
NASCAR's King, Richard Petty, visits the Wyndham Championship. Here's one of his memories of the other King, Arnold Palmer.
0 Comments
Share this

GREENSBORO — Golf has its King, the late Arnold Palmer. And North Carolina and NASCAR has its King, Level Cross resident Richard Petty, who visited the PGA Tour's Wyndham Championship on Saturday.

Petty, 85, toured Sedgefield Country Club, where Palmer played in all 13 of his Greater Greensboro Opens, as a brand ambassador for Wyndham Worldwide.

But instead of driving the golf cart, Petty rode shotgun. And let's just the cart's horsepower fell just a bit short of the power of the famous 43.

Despite his interest in the tournament, make no mistake: Petty is no golfer.

Our King looked good and sounded strong as he mingled with spectators and even walked in his jeans and boots onto the Club Wyndham Beach at the 15th hole. Petty, challenged by the heat and humidity like all spectators, often took sips from a bottle of water in the middle of an 89-degree afternoon and even removed his trademark black cowboy hat to wipe his brow.

Despite playing in such different sports, they shared a friendship. A Kingship, if you will.

"Arnold came along about the same time as I did," said Petty, whose first NASCAR win game in 1960 in Charlotte. "He was very successful in his business; I was halfway successful in mine. So it made us kind of a twin deal, just in a different business."

The two appeared together at the 2008 Wyndham, marking the tournament's return to Sedgefield after having been at Forest Oaks Country Club since 1977.

"I gave him a cowboy hat," Petty said, "and he gave me a golf club. I think he wore the hat; I never used the club."

An update on the PGA Tour’s Wyndham Championship. 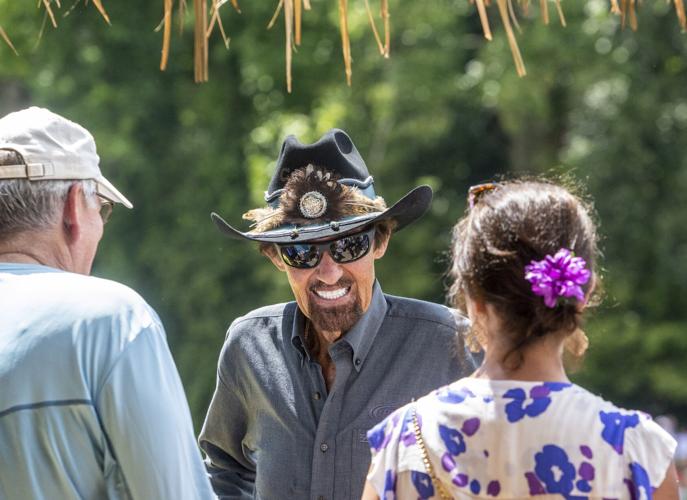 Richard Petty visiting with spectators at the Club Wyndham Beach during the third round of the Wyndham Championship. 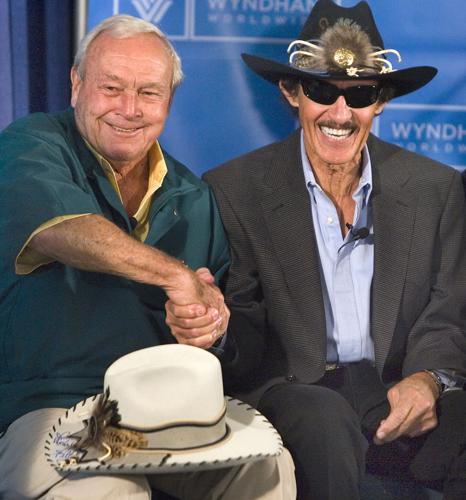