TOKYO (AP) — Simone Biles came to Tokyo as the star of the U.S. Olympic movement and perhaps the games themselves.

It all came to a stunning halt in the women’s gymnastics final on Tuesday night. A wonky vault to start the competition left her huddling with the U.S. team doctor before heading backstage for a few moments.

When she re-emerged, she hugged her teammates, took off her bar grips and put on a sweatsuit while dealing with what USA Gymnastics described as a “medical issue.”

Her day was over. A short time later, despite a valiant effort from Grace McCallum, Sunisa Lee and Jordan Chiles, so was the U.S.'s long run atop the sport.

The team representing the Russian Olympic Committee surged past the U.S. to gold, posting a score of 169.528 to capture the country's first Olympic title since Barcelona in 1992.

The Americans drew within eight-tenths of a point through three rotations even with Biles serving as head cheerleader. ROC, however, never wavered on floor. And they erupted when 21-year-old Angelina Melnikova's floor exercise score assured them of the top spot on the podium.

The victory came a day after ROC men’s team edged Japan for the top spot in the men’s final.

The Russian athletes collapsed in joy after Angelina Melnikova's floor routine score assured them of the top spot.

The Americans hung in there for silver even without Biles.

Is Sean Payton an early frontrunner for Coach of the Year?

Get the latest in your inbox!

We're delivering updates and highlights on the Summer Olympics daily to your inbox, including What to Watch, live coverage, schedules and medal counts.

One AP photographer who lost his leg in Afghanistan crossed the U.S. to talk with five Paralympians about the capabilities they have come to possess despite their disabilities. 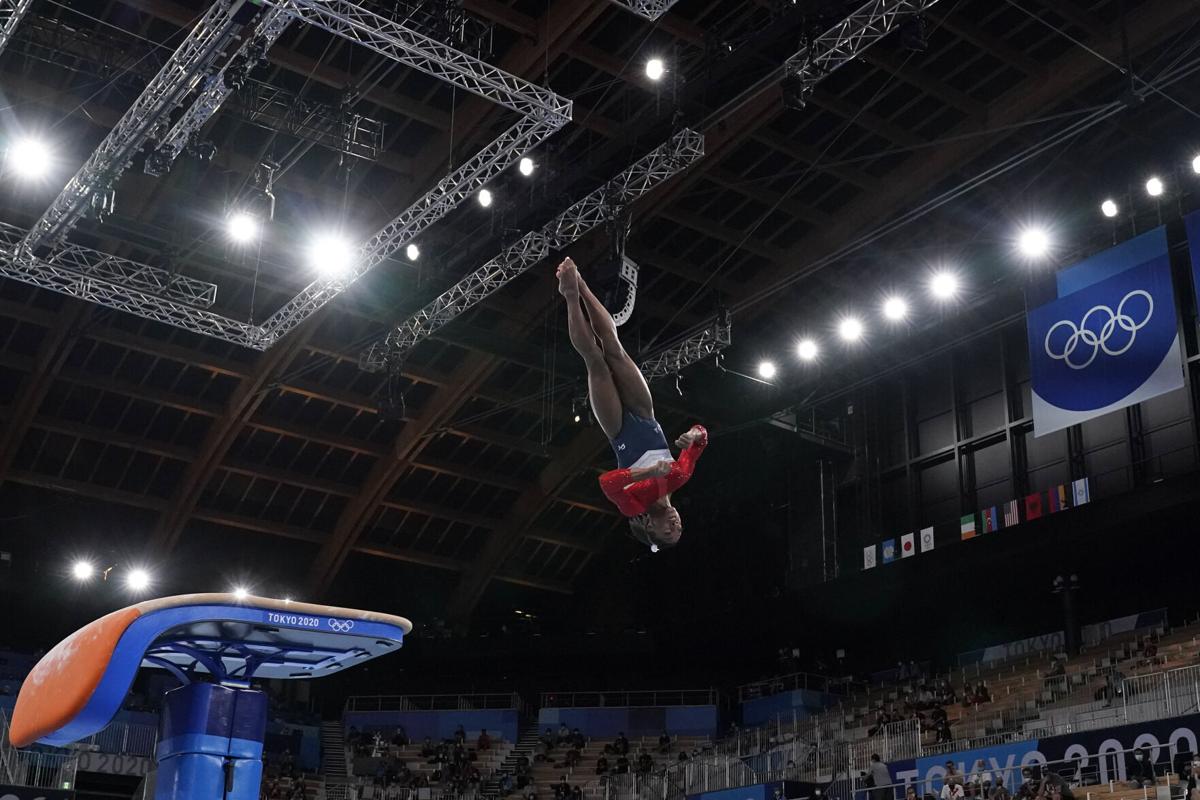 Simone Biles, of the United States, performs on the vault during the artistic gymnastics women's final at the 2020 Summer Olympics, Tuesday, July 27, 2021, in Tokyo. (AP Photo/Ashley Landis)

Simone Biles, of the United States, waits for her turn to perform during the artistic gymnastics women's final at the 2020 Summer Olympics, Tuesday, July 27, 2021, in Tokyo. (AP Photo/Gregory Bull)