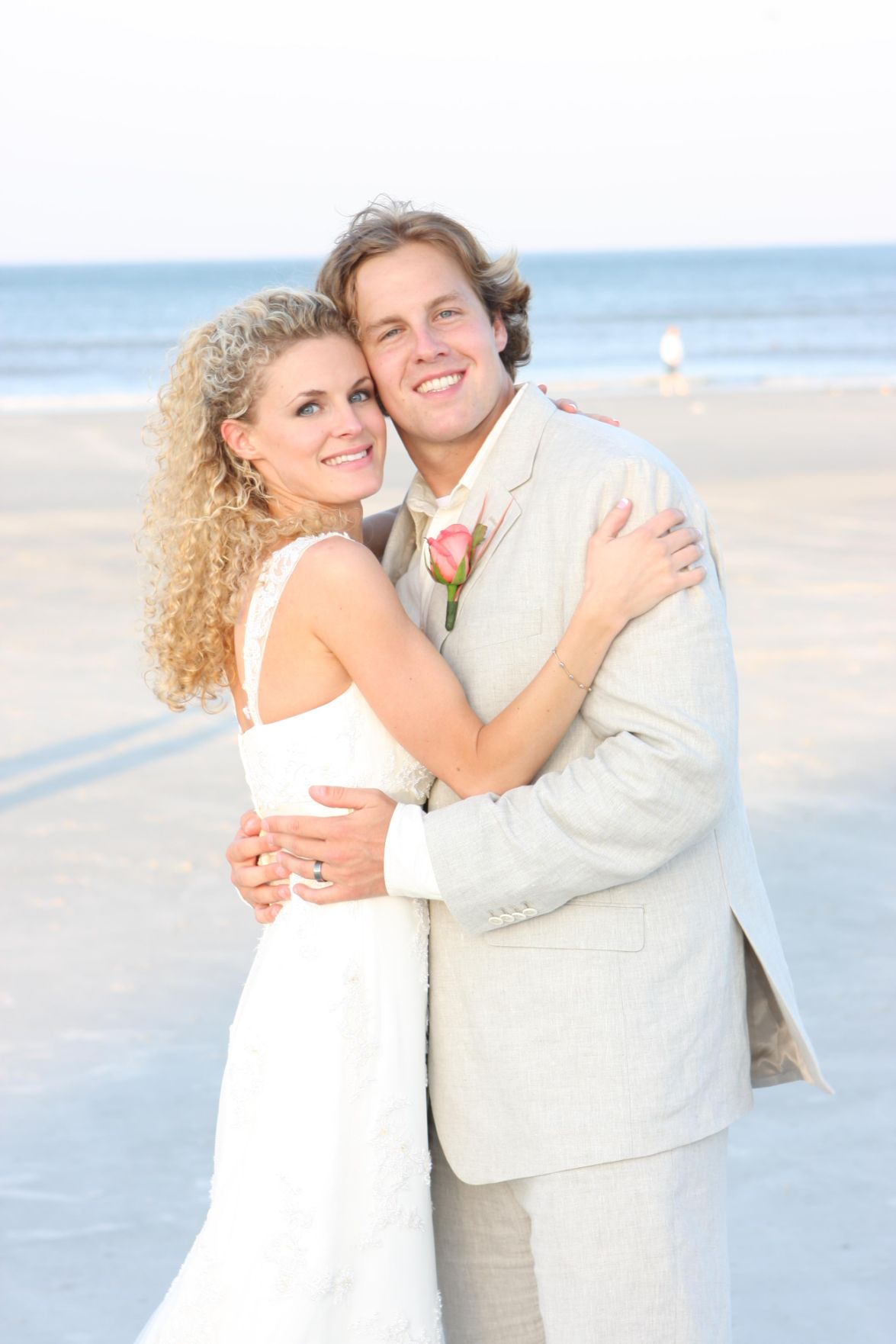 Three months ago, Michelle and Sam were united in a ceremony at a hotel on Jacksonville Beach. They admit theirs wasn’t the conventional high school romance. He was about to enter his senior year. She was about to start her junior year — at the University of Florida. He and two siblings had taken science classes from her mom. Photo courtesy of the Swanks 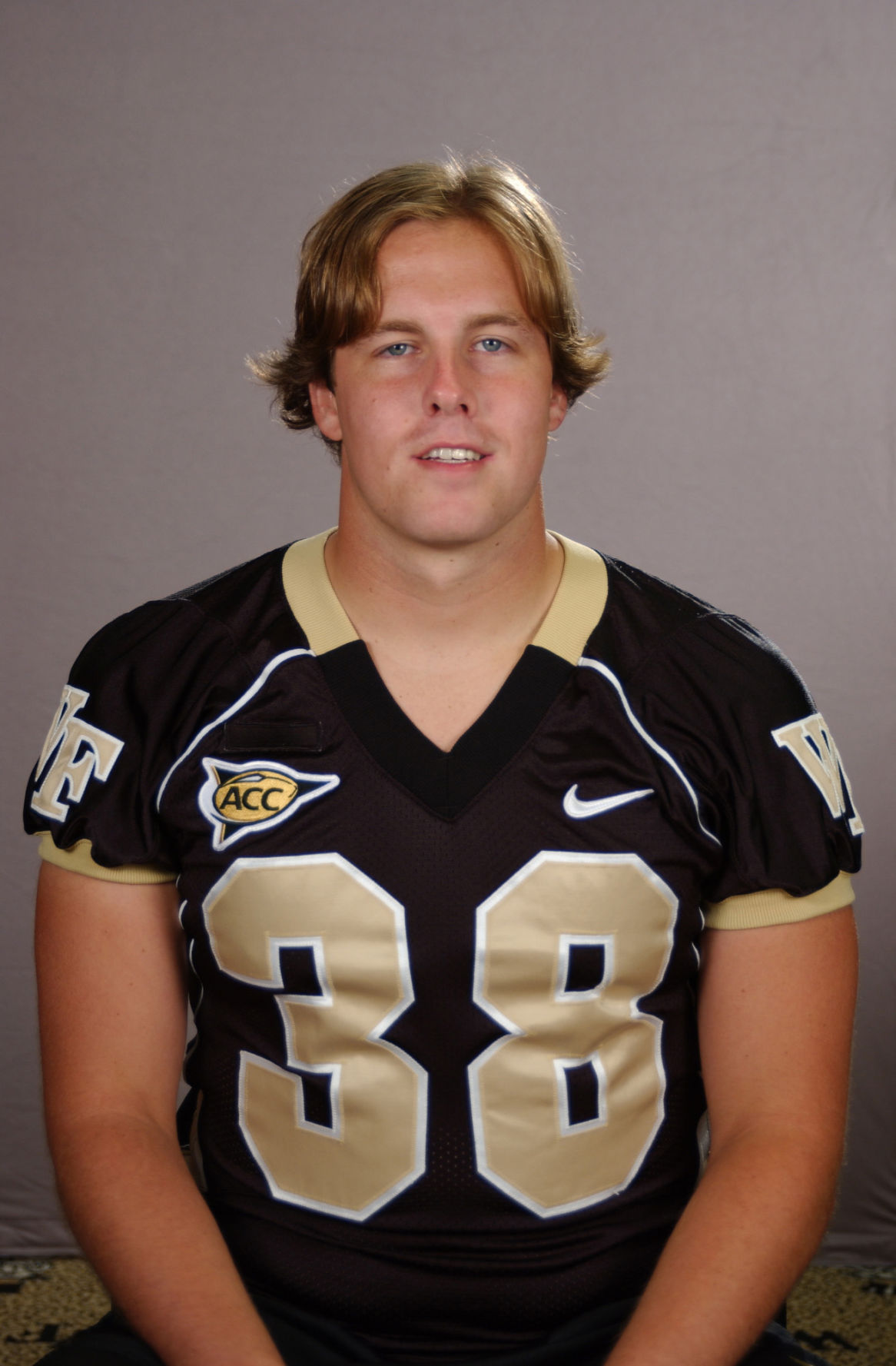 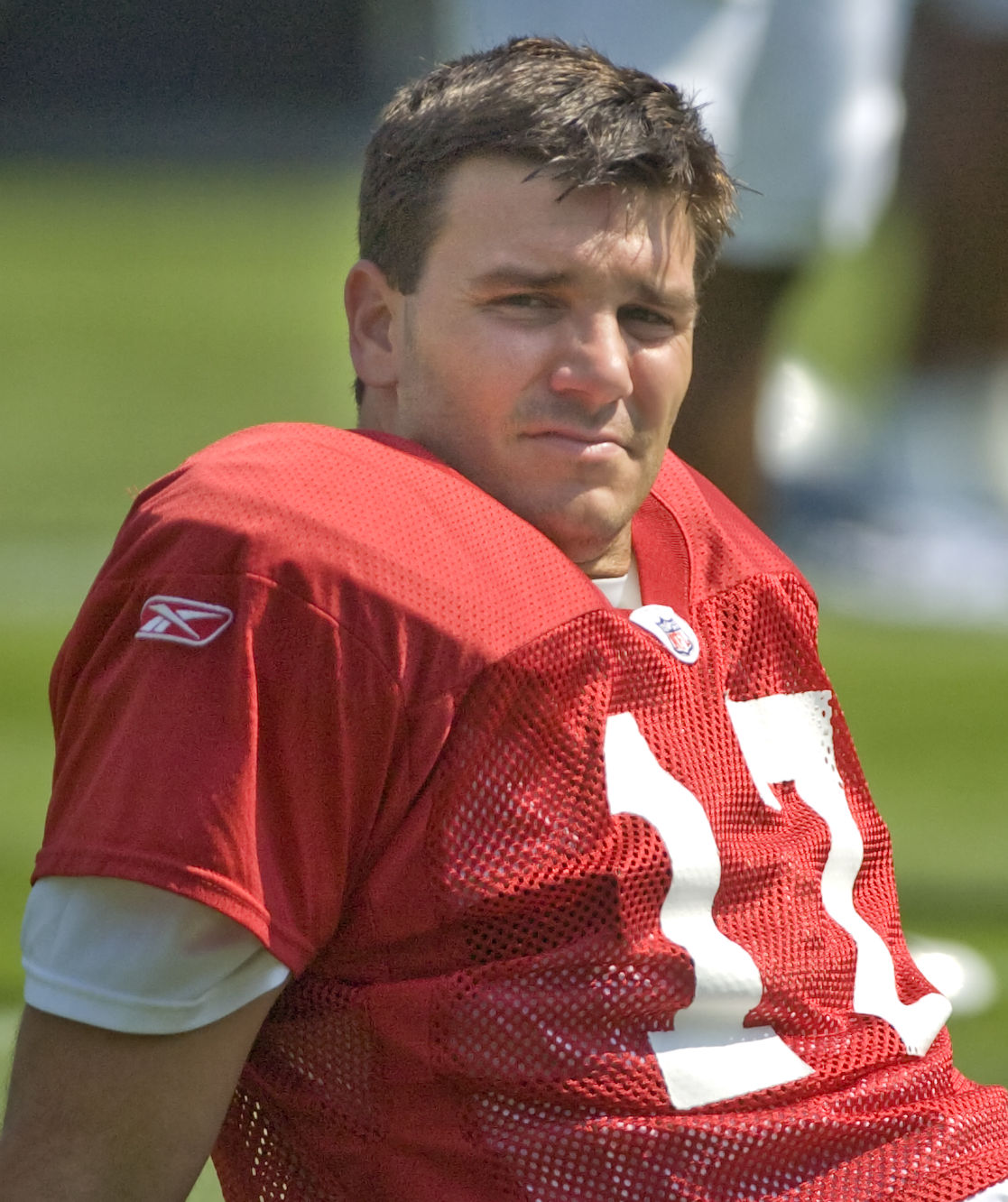 WINSTON-SALEM — Just in case he didn’t get enough grief because of the position he plays on the Wake Forest football team, Sam Swank recently signed up for more.

The Demon Deacons senior is not just a kicker. He’s a married kicker, which gives his teammates the license to call him old. Opponents can yap about the trouble awaiting him at home when he misses an impending field-goal attempt.

And Swank’s not likely to hear any of it. Marital bliss, upcoming graduation and the chance at college records and a professional career tend to drown out the noise.

“(Teammates) don’t care,” he said. “They think it’s great. But if they bust on me, I bust on them right back.”

Such is the license afforded to specialists with reliable accuracy and personal stability.

If it seems that Swank’s life is a football set upon a tee, that’s because it is. He met the girl of his dreams.

She uprooted herself to be with him, and now she has the academic credentials to maintain an income and pursue a career in medicine if she so desires.

They admit it wasn’t the conventional high school romance. He was about to enter his senior year. She was about to start her junior year — at the University of Florida. He and two siblings had taken science classes from her mom.

“A lot of fun getting scrutinized from all our friends,” Michelle said with a laugh.

The rhetorical jousting didn’t last long. The solidarity of their relationship was soon as obvious as an extra point.

Throughout his senior year, Sam dealt with the insecurity inherent in his football job. Every college coach likes the kicker who can make the 45-yarder, but few like him enough to offer him a full scholarship. Most prefer the offensive tackle with the questionable work ethic and the frame to occupy a wall-sized poster.

Sam Swank waited, having been less than overwhelmed by the walk-on opportunities casually tossed his way.

He vowed he’d get a full grant, and one day, Tom Elrod, now the Deacons’ quarterbacks coach and the longtime recruiter of the fertile First Coast region near Jacksonville, Fla., called with good news. Swank accepted the offer and proceeded to tell his parents that Wake Forest was his school. This was news to them and everybody else. Including his girlfriend.

“I didn’t even know where Wake Forest was located,” Michelle said. “When he told me it was in North Carolina, I thought, ‘No. That’s not good. Way too far away to zip up there on a weekend.’ After much thought, that’s when I knew I had to be with him.”

So she left Gainesville and headed for Winston-Salem State University, where she finished with a major in biology and a minor in chemistry. Now 26, Michelle works as an optometric technician, a job in which she performs tests and generally shepherds patients through their appointments.

Sam Swank, who lived for a time with two teammates who were in committed relationships, never really lived the “Animal House” lifestyle. He asked Michelle to marry him. She readily agreed. Three months ago, they were united in a ceremony at a hotel on Jacksonville Beach.

If he has the same kind of year he enjoyed in 2007, he’ll set the ACC’s career scoring record, held by former Maryland Terrapin Nick Novak. He doesn’t seem to think the ring around his finger will constrict his right leg.

“I think it would make me more relaxed,” Sam Swank said. “I have my life going the way I want it to be. I don’t think what happens on the field will bother me that much.”

He already has an ACC championship MVP award on the mantle. He won that two years ago, when the last of his three field goals beat Georgia Tech 9-6 in the closing minutes. They played it in the NFL stadium 30 minutes from Swank’s childhood home.

“Sam had always dreamed about that,” Michelle said. “Rattling off his dreams, he said, ‘Wouldn’t it be cool if I could kick in the Jaguars’ stadium?’ And lo and behold, his dreams came true.”

What’s next? That depends on a pro personnel man’s whim. In this decade, NFL teams have exhausted more than 2,000 draft picks. Only 22 of them have been used on kickers and, of that group, only three have gone in the first three rounds. For even the best collegiate field-goal guys, the ladder is wobbly — just as it was for Swank out of high school.

For now, Sam and Michelle Swank will let the husband-kicker’s potentially lucrative future lead the way.

“Maybe we can try that next (professional) step,” he said. “If not, that’s not a big deal. I’ll get the classifieds somewhere and get out the highlighter.”

Austin Ybarra can look around a coaching staff meeting and recognize why he’s unique. He doesn’t think about it often, but the reality is always there.

Three months ago, Michelle and Sam were united in a ceremony at a hotel on Jacksonville Beach. They admit theirs wasn’t the conventional high school romance. He was about to enter his senior year. She was about to start her junior year — at the University of Florida. He and two siblings had taken science classes from her mom. Photo courtesy of the Swanks