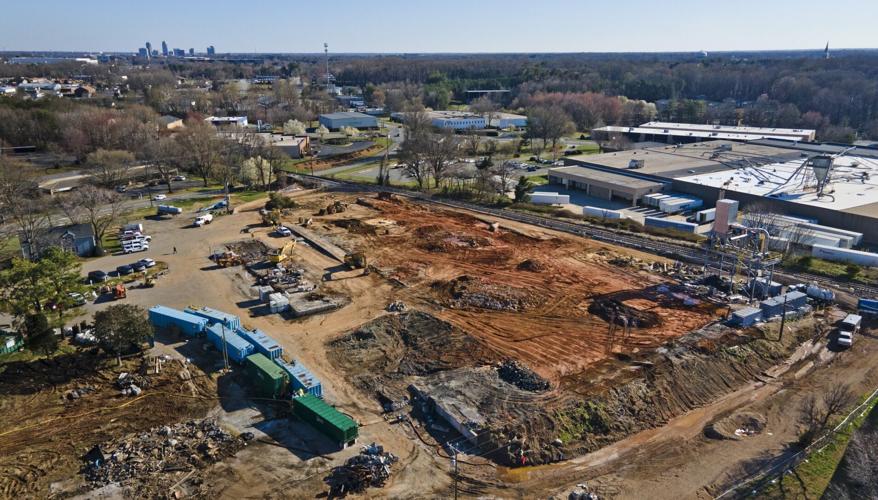 Cleanup continued at the Winston Weaver fertilizer site in this March 14 photo. A fire that started Jan. 31 destroyed the plant. 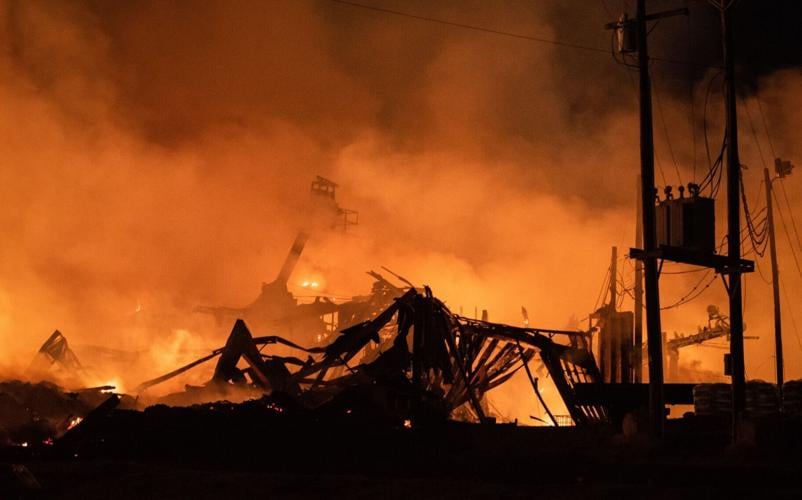 Nearly six months after firefighters brought a potentially explosive blaze at the Winston Weaver fertilizer plant under control, state officials this week signed off on plans for extensive testing to determine levels of soil and groundwater contamination at the site.

A contractor hired by the company will spend an expected four months collecting and analyzing hundreds of samples for potentially hazardous materials left behind from a Jan. 31 fire that burned for days and reduced the facility at 4440 N. Cherry St. to a heap of ash and warped metal.

Montrose Engineering and Geology laid out its plans in a 71-page document approved Monday by the N.C. Department of Environmental Control’s Inactive Hazardous Sites Branch.

The firm carried out a preliminary environmental assessment in May.

“This is pretty much standard procedure for something like this,” said former Environmental Protection Agency Deputy Administrator Stan Meiburg, who now leads Wake Forest University’s graduate program in sustainability.

The future work will determine the extent and potential expense of work needed to remove contaminants, he added.

Montrose plans to install five wells at the site to test groundwater 20 to 30 feet underground, and will collect and analyze more than 500 soil samples.

During and shortly after the fire, high levels of arsenic, cadmium, chromium, lead and mercury were detected, according to the contractor. And based on its initial assessment, Montrose says it will look specifically for concentrations of volatile organic compounds, ammonia, nitrate, nitrite, phosphates and metals.

“If they’re looking for it, that usually means they’ve already found it,” said Meiburg, who spent nearly four decades at the EPA, the last three as second in command from 2014 to 2017.

Montrose notes that it identified contaminants including “waste fluids from the demolition of the former fertilizer production building” and was informed by Winston Weaver that “paints and flammable liquids are among the hazardous waste fluids onsite.”

The plan also says that a 550-gallon diesel fuel tank and 6,000-gallon tank storing a “petroleum-based coating for the fertilizer products” were “known to have been present on the site,” but doesn’t say when.

At the time of the fire, 500 tons of stored ammonium nitrate at the plant threatened to trigger, in the words of Winston-Salem Fire Chief Trey Mayo, “one of the worst explosions in U.S. history.”

Ammonium nitrate, a common ingredient in fertilizer, is also used as an explosive for mining and other commercial purposes.

The potential volatility of the Weaver fire led to a voluntary evacuation perimeter affecting about 6,000 residents as pungent plumes of blinding smoke engulfed portions of the city. At one point, an EPA monitoring device set up at Wake Forest University police station measured air particulate levels seven times higher than what the agency deems “hazardous.”

More than 4.2 million gallons of water was used over several days to suppress the fire, sending chemical-laden runoff into Monarcus and Mill creeks, killing fish and prompting the city to issue an alert encouraging residents to avoid those waters.

Local officials say the creeks have yet to return to their pre-fire quality levels.

As of mid-May, 36,000 gallons of water — trapped by a berm installed at the fire site — had been stored, tested and eventually hauled away, Winston-Salem Field Operations Director Keith Huff told members of the city council’s public works committee at the time.

Multiple lawsuits have been filed against Winston Weaver on behalf of affected residents. Officials have not released a cause of the fire.

John Deem covers climate change and the environment in the Triad and Northwest North Carolina. His work is funded by a grant from the 1Earth Fund and the Z. Smith Reynolds Foundation.

Readers' Choice: See who won this year in Rockingham County

You voted, now see who got top honors for everything from best caterer to No. 1 picnic spot in Rockingham County.

Cleanup continued at the Winston Weaver fertilizer site in this March 14 photo. A fire that started Jan. 31 destroyed the plant.