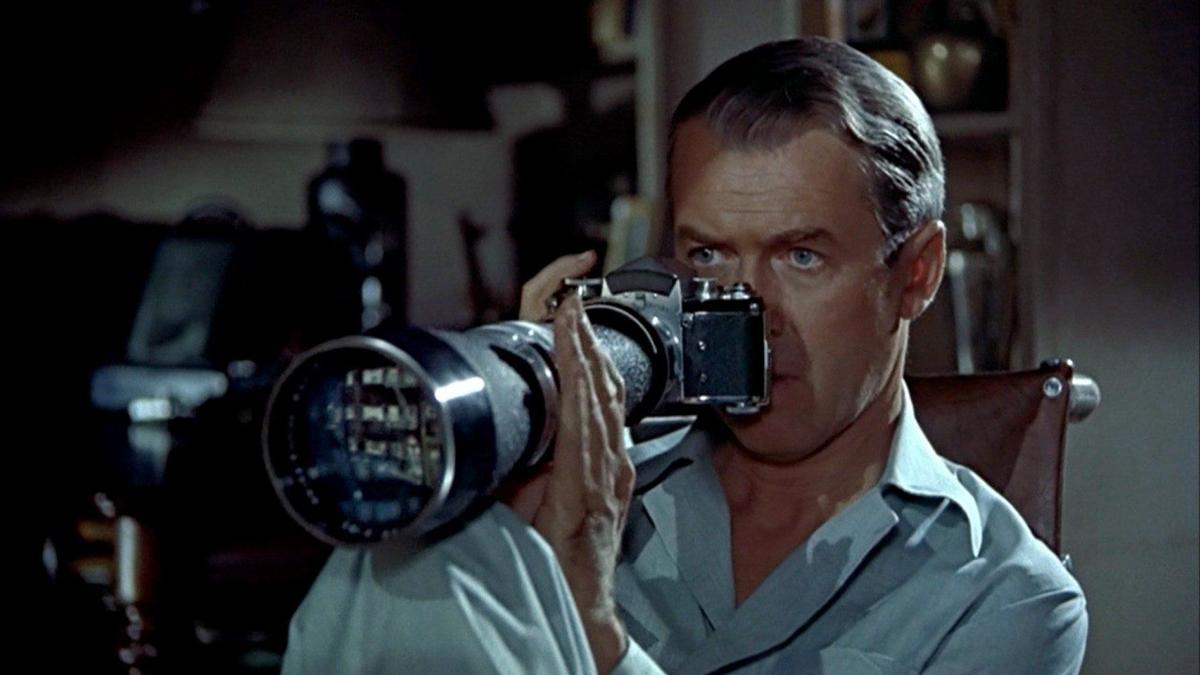 Jimmy Stewart in a scene from Alfred Hitchcock’s “Rear Window.” 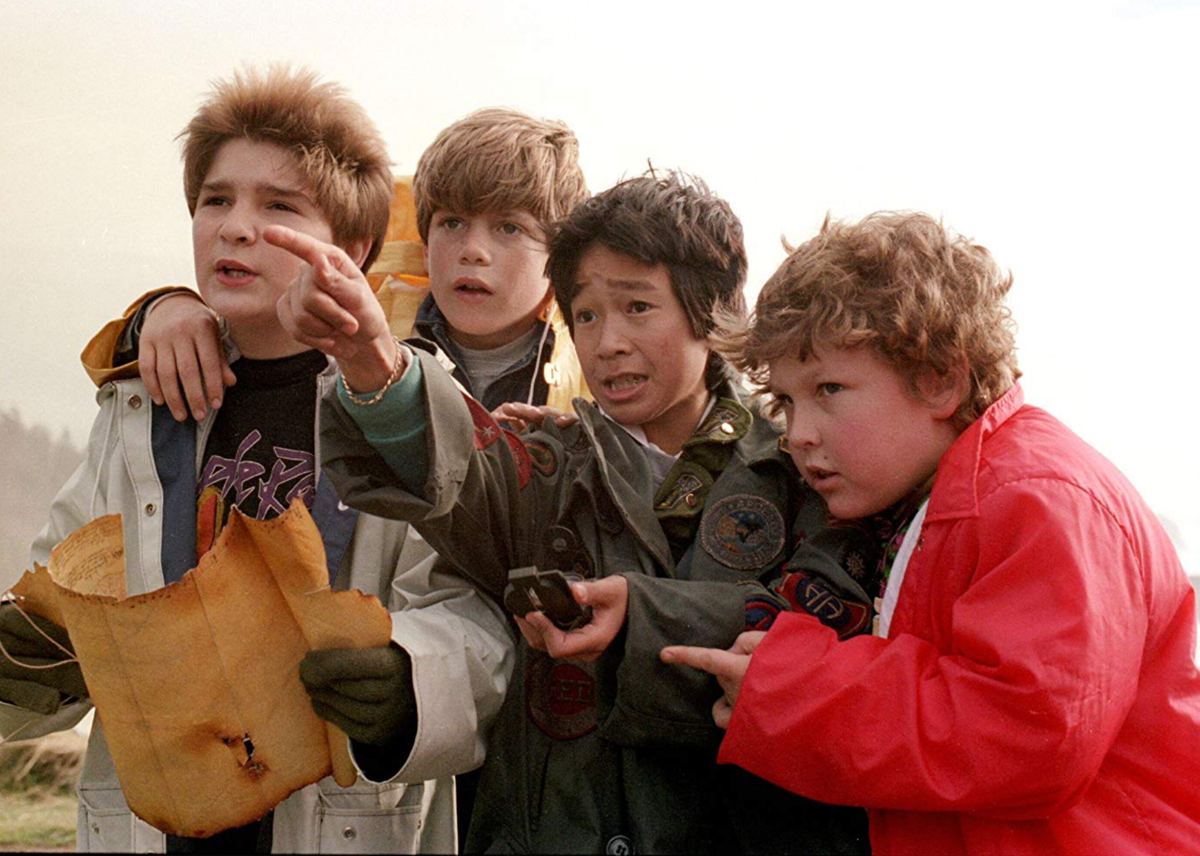 Corey Feldman (from left), Sean Astin, Ke Huy Quan and Jeff Cohen in a scene from “The Goonies.” 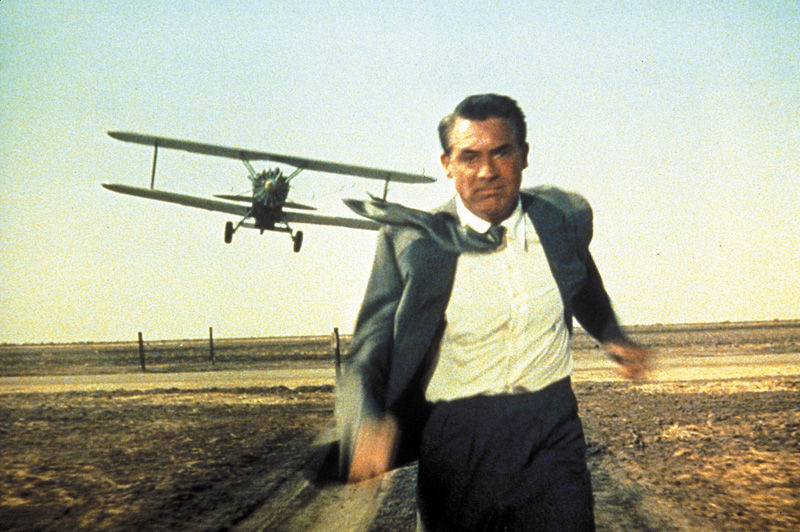 Jimmy Stewart in a scene from Alfred Hitchcock’s “North by Northwest.” 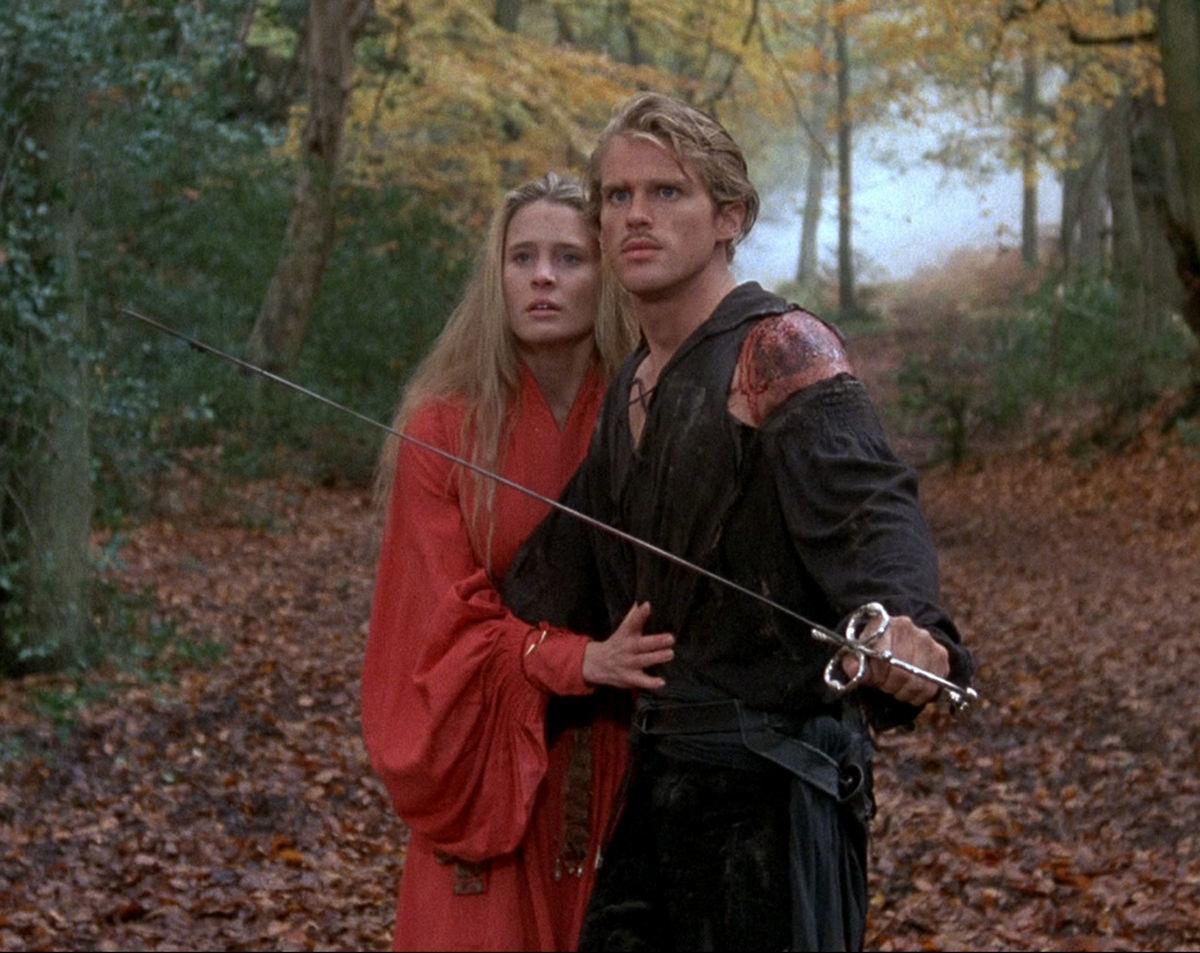 Robin Wright and Cary Elwes in a scene from “The Princess Bride.” 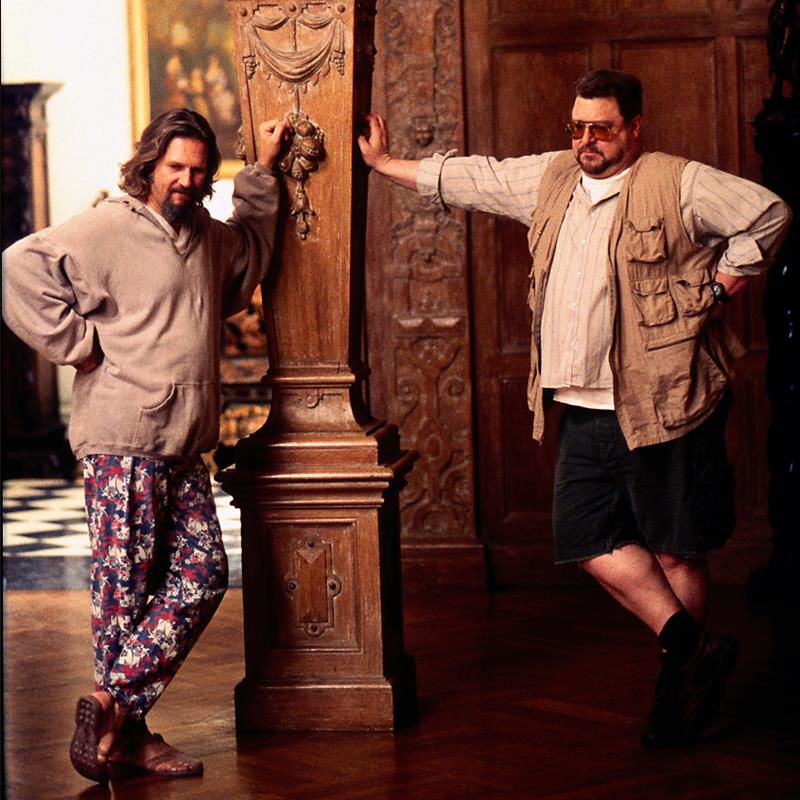 Jeff Bridges (left) as The Dude and John Goodman as Walter Sobchak in a scene from “The Big Lebowski.”

GREENSBORO — The Carolina Theatre will bring back its Carolina Classic Movie Series with a lineup of screenings starting April 14.

Under current COVID-19 guidelines, the Carolina will be able to host audiences of up to 250 guests in the auditorium at 310 S. Greene St., the theater announced Thursday.

That’s up from 100 guests under previous limits.

Seating is general admission with social pods of two, four and six available. Guests will be required to wear masks, but the full line of concessions will be available.

Tickets are $7, which includes taxes and fees. Box Office doors will open at 6:15 p.m. for day-of purchases. Carolina Classic Movie passes also will be accepted at the door.

Here is the schedule:

7 p.m. April 14 and 15: “Rear Window.” Directed by the Master of Suspense Alfred Hitchcock, “Rear Window” is an edge-of-your-seat classic starring two of classic Hollywood’s most enduring stars, James Stewart and Grace Kelly. When a professional photographer is confined to a wheelchair with a broken leg, he becomes obsessed with watching the private dramas of his neighbors play out. He becomes convinced that a murder has taken place.

7 p.m. April 21 and 22: “Selena.” The story of Selena Quintanilla-Perez, the most popular Latin singer at the time of her death at age 23. The film tells the story of the Tejano singer as she is accidentally discovered by her own father at the age of 10, following her life story through unforgettable concerts, family struggles, a secret marriage to her guitarist, and to the recording of an English-language album that she would never finish.

7 p.m. April 28 and 29: “Seven Brides for Seven Brothers.” When the eldest of seven brothers living on the frontier in the Oregon Territory returns with a bride, she is shocked to learn that her new home includes six untamed, unkempt, and uncouth brothers-in-law. Her efforts to turn the six brothers into gentlemen inspire them to find wives of their own, leading to a singing, dancing battle of the sexes in one of the greatest movie musicals ever filmed.

7 p.m. May 5 and 6: “The Goonies.” When a group of ordinary kids discover a secret treasure map, their sleepy seaport lives are suddenly transformed into a fun-filled, roller-coaster ride leading to an underground cavern in search of lost treasure. As the kids take on the property developing company planning to destroy their homes to build a country club, “the Goonies” tackle the danger — and adventure — along the way.

7 p.m. May 19 and 21: “North by Northwest.” New York City ad executive Roger Thornhill finds himself pursued by ruthless spy Phillip Vandamm after being mistaken for a government agent. Hunted relentlessly by Vandamm’s associates, the harried Thornhill ends up on a cross-country journey, meeting the beautiful and mysterious Eve Kendall along the way. Soon Vandamm’s henchmen close in on Thornhill, resulting in a series of iconic action-suspense film sequences.

7 p.m. May 26 and 28: “Monty Python and the Holy Grail.” A comedic send-up of the grim circumstances of the Middle Ages as told through the story of King Arthur and framed by a modern-day murder investigation. When the mythical king of the Britons leads his knights on a quest for the Holy Grail, they face a wide array of horrors, including a persistent Black Knight, a three-headed giant, a cadre of shrubbery-challenged knights, the perilous Castle Anthrax, a killer rabbit, a house of virgins, and a handful of rude Frenchmen.

7 p.m. June 3 and 4: “Vertigo.” John “Scottie” Ferguson is an ex-police officer who suffers from acrophobia. A wealthy shipbuilder who is an acquaintance from college days approaches Scottie and asks him to follow his beautiful wife, Madeleine. He fears she is going insane, maybe even contemplating suicide, as he believes she has been possessed by a dead ancestor who committed suicide. Scottie is skeptical but agrees to the assignment after he sees the beautiful Madeleine, a woman who leads him to high places.

7 p.m. June 9 and 10: “The Princess Bride.” A fairy tale adventure about a beautiful young woman and her one true love who must find her after a long separation, battling through the mythical kingdom of Florin to be reunited. Based on William Goldman’s novel of the same name, “The Princess Bride” is staged as a book read by a grandfather to his sick-at-home grandson. More than a simpering love story, however, fencing, fighting, torture, death, giants, pirates, and yes — true love — fill the screen.

7 p.m. June 16 and 18: “Imitation of Life.” When they first meet, Lora Meredith and Annie Johnson find they have a lot in common: they are both single mothers struggling to make a life for themselves and their daughters. Lora is an aspiring actress who needs help looking after her daughter when she goes out on casting calls; Annie, an African American widow, is a woman who desperately wants a healthy home environment in which to raise her daughter. They soon share a tiny apartment with their daughters, with Annie becoming the caretaker of Lora’s child Suzie. While Lora’s thirst for fame threatens her relationship with Suzie, Annie’s light-skinned daughter Sarah Jane struggles with her Black identity.

7 p.m. June 23 and 25: “The Big Lebowski.” Jeff “The Dude” Lebowski is a laid-back, easygoing burnout with a fondness for White Russians who happens to have the same name as a millionaire whose wife owes a lot of dangerous people a whole bunch of money. Unfortunately, that results in the Dude having his rug soiled, sending him spiraling into the Los Angeles underworld, aided and hindered by his pals Walter, a Vietnam vet, and Donny, a master of stupidity.

How well do vaccines keep COVID from spreading? UNC-Chapel Hill students will help figure that out.

The university is recruiting 600 college students, who have not yet been vaccinated or had COVID-19, to participate in the trial.

7 things to do this weekend

Among this weekend's activities in Greensboro are music, theater, a bicycle repair clinic, political memorabilia show and Montagnard stories. Some are virtual; some are live and in-person.

Jimmy Stewart in a scene from Alfred Hitchcock’s “Rear Window.”

Corey Feldman (from left), Sean Astin, Ke Huy Quan and Jeff Cohen in a scene from “The Goonies.”

Jimmy Stewart in a scene from Alfred Hitchcock’s “North by Northwest.”

Robin Wright and Cary Elwes in a scene from “The Princess Bride.”

Jeff Bridges (left) as The Dude and John Goodman as Walter Sobchak in a scene from “The Big Lebowski.”