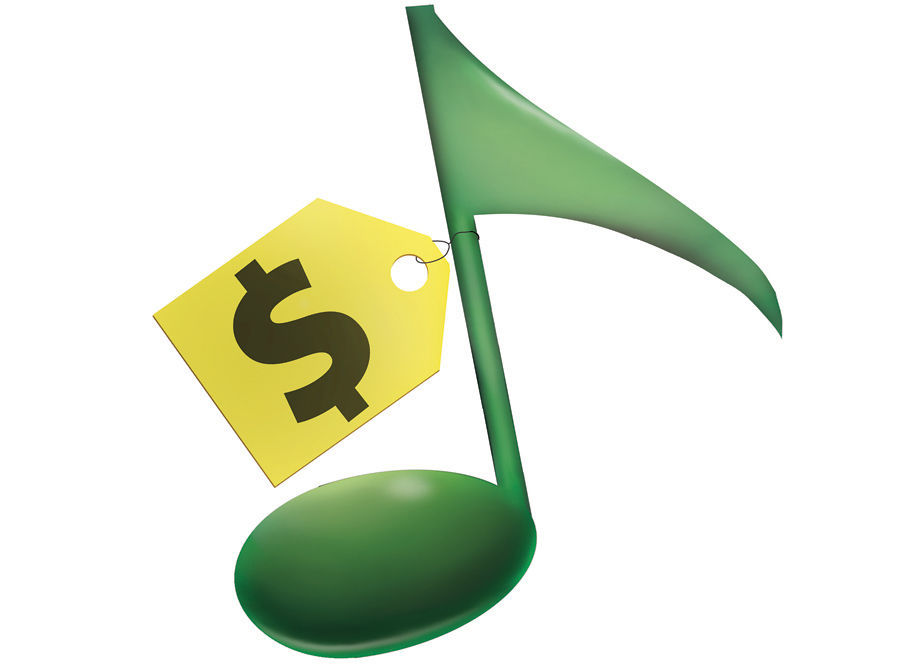 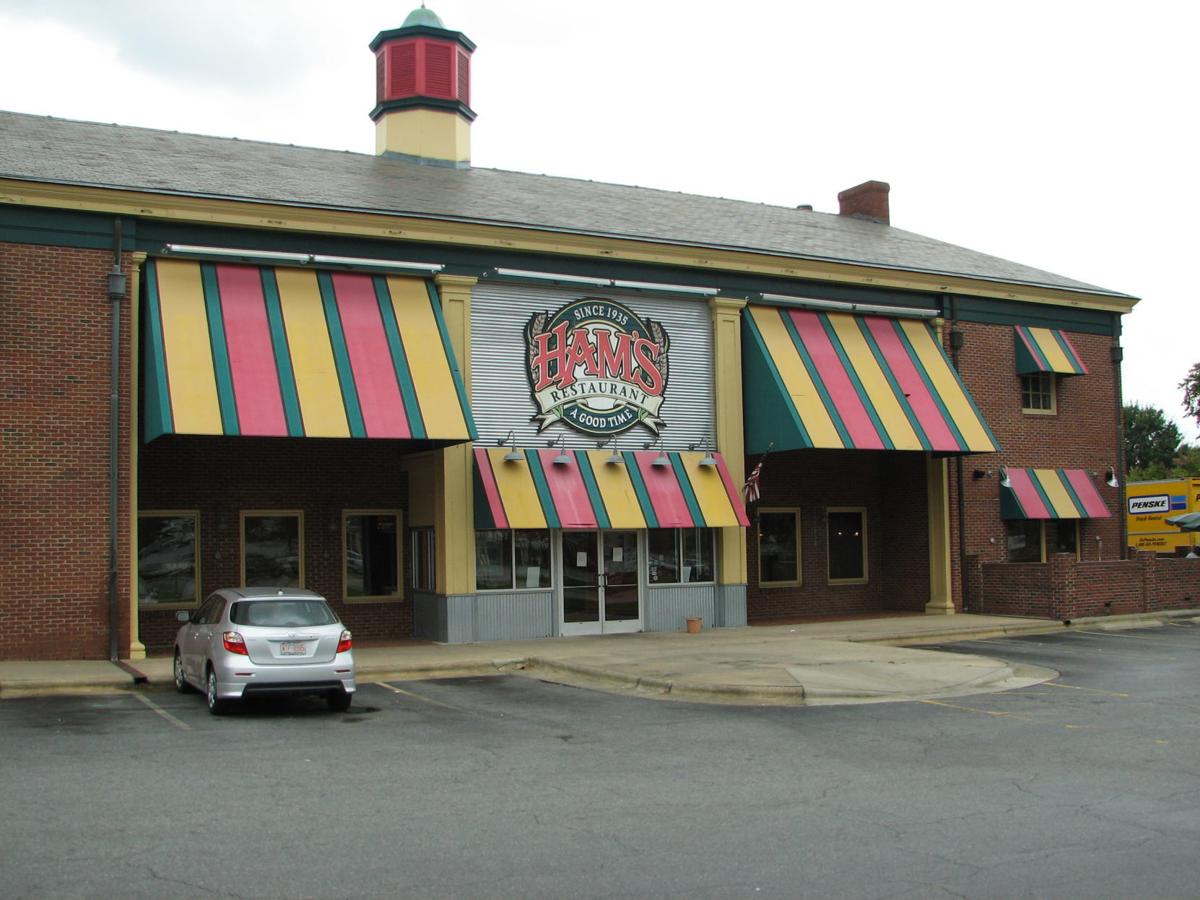 Ham’s on West Gate City Boulevard, which has since closed, was one of the locations cited in a lawsuit filed by a group of music publishers that accuse the restaurant chain of copyright infringement.

And if you’re sitting in your favorite restaurant or bar and hear that popular Jimmy Buffett and Alan Jackson duet, the owner of the place better be up to date on the licensing fee to play the song.

That’s what happened recently when 11 bars and restaurants around the country were hit with copyright infringement actions — including Ham’s in Greensboro, which is owned by entrepreneur Rocco Scarfone.

The lawsuit, filed by a group of music publishers in U.S. District Court for the Middle District of North Carolina, is seeking $30,000. The music publishers named in the suit are represented by the American Society of Composers, Authors and Publishers — more commonly known as ASCAP — an organization that licenses copyright material.

ASCAP recently issued a statement about the lawsuits to media outlets, something the organization appears to do when filing a group of complaints.

Restaurants and bars are required by law to pay fees for the right to play copyrighted music, including live acts, CDs and other media, radio and television broadcasts and streaming services.

And it’s not just those places where copyright laws apply.

Other retailers and businesses, including doctor and dentist offices, can be in violation, too, if they play music without paying the fee.

“By filing these actions, ASCAP is standing up for songwriters whose creative work brings great value to all businesses that publicly perform their music,” Stephanie Ruyle, executive vice president of licensing for ASCAP, said in the news release.

The nonprofit ASCAP — one of the major copyright organizations — represents more than 650,000 songwriters, composers and music publishers, including artists such as Kelly Clarkson, Katy Perry and John Legend. The organization was founded in 1914 by a group of music creators and is credited with successfully lobbying for copyright laws in 1924.

Mark Engebretson, a professor of composition and electronic music at UNC-Greensboro, said organizations like ASCAP are vital to protecting the intellectual properties of artists.

“As it is, few can actually make a living off of their artwork,” said Engebretson, who is an ASCAP member.

Federal law stipulates that any business that wants to play copyrighted music can — as long as they pay for it.

According to ASCAP, the average cost for bars and restaurants is less than $2 a day for the right to play music from its catalog. That works out to about $790 a year.

Those fees, though, have become a source of contention for business owners.

Most contacted for this story didn’t want to comment, either because they currently don’t pay fees or because they fear closer scrutiny from licensing organizations.

Anna Freiberg, owner of Bender’s Tavern, is an outspoken critic of the fees. She said her licensing fee to ASCAP would be about $4,000. She guesses fees with Broadcast Music Inc. and SESAC — two other major copyright organizations with their own stable of artists — would be similar.

As long as an artist only performs original material, there is no violation. But if a band performs a copyrighted song that isn’t their own, the venue is in violation, not the band.

Some venues try to get around a copyright fee by asking bands to play only original material. But ASCAP maintains there is still a risk of infringement and venues are better off paying the fees.

But not Freiberg. She feels if a band covers a song, it’s their own rendition and not really a cover.

“When I have done live music, I don’t choose the songs the artists play,” Freiberg said. “That is up to the artists.”

Jack Wagener, a vice president for business and legal affairs for ASCAP, said licensing agreements for bars and other businesses is all about getting “permission to play any and all works in the ASCAP library.”

Wagener said Ham’s was licensed with ASCAP, but stopped paying.

So in 2016, ASCAP suspended the restaurant’s license after several attempts to get a renewal.

The complaint against Ham’s alleges three copyright violations in 2017.

Since he hasn’t seen the lawsuit, Scarfone said he doesn’t know if the infringements were related to background music piped in over the restaurant’s speakers or from a live performance. He said he’ll look into the matter further once he receives the complaint.

He added that the background music for Ham’s comes from a company called Mood Media. Mood Media, which is associated with Muzak and Pandora, is among a few music services licensed to be played in a business.

Wagener said most streaming services, even if they are subscription-based like Spotify, Apple Music and Pandora, are for private listening only and an ASCAP license is required to play them in a business.

And when it comes to getting its money, ASCAP doesn’t play around. In 1996, ASCAP sought royalties from the Girl Scouts of America for campfire songs — but quickly backed off after a public backlash.

In 2016, the Justice Department declared that ASCAP and Broadcast Music Inc. issue full licenses to all the songs in their catalogs, including the ones whose songwriting teams they don’t fully represent. An appeals court has since sided with Broadcast Music Inc.

Still, few dispute that artists deserve compensation for their work.

“When someone is collecting and watching out for songwriters, it’s a good thing,” said Evan Olson, a Greensboro singer-songwriter who is a member of Broadcast Music Inc.

However, it’s the lengths ASCAP and others will go to ensure they’re paid that rankles some.

“A lot of musicians have made their living in the early parts of their career playing the music of other artists,” said Jessica Mashburn, a Greensboro singer-songwriter and member of Broadcast Music Inc. “If a venue is unable to hire me to play live because they can’t afford to pay the fees, that hurts me.”

“Our goal is not to put someone out of business, but to come to an agreeable settlement and to insure that our songwriters can depend on this revenue,” he said.

Another criticism Mashburn has of licensing organizations is the distribution of royalties to artists, which she said benefits bigger artists. She said her quarterly royalty from Broadcast Music Inc. is around $15.

Roy Roberts echoes her concerns. He has been a member of Broadcast Music Inc. since 1970 and was inducted into the Carolina Beach Music Hall of Fame.

Roberts said he has had a good relationship with Broadcast Music Inc., especially in the 1970s when his music got a lot of radio play. However, he said he sees fewer royalties now because more people listen through digital streaming.

“These organizations are charging clubs a big amount of money, but if you aren’t a big musician like Britney Spears or Bruno Mars, you don’t get anything,” Roberts said.

“ASCAP is focused on the underlying music,” Wagener said. “It represents songwriters. Royalties collected on their behalf are incredibly important. It’s how they pay their rent, how they put food on the table.”

The vote represents the first time the Senate has moved to not confirm a cabinet-level secretary since 2016.

It's a staggering total — $3.4 billion. That’s how much bad roads and congestion in North Carolina costs drivers in vehicle ownership costs.

RALEIGH — As North Carolina, and the country, looks to leave the coronavirus behind, not everything is returning to normal just yet. Gov. Roy …

6 things to do this weekend

The weekend is here and as we head into summer in early June, here are some ways to enjoy the weekend.

Ham’s on West Gate City Boulevard, which has since closed, was one of the locations cited in a lawsuit filed by a group of music publishers that accuse the restaurant chain of copyright infringement.