REIDSVILLE — Tyler Jeffries, seeking to protect her nephew from having to enter foster care, gave the 14-year-old shelter in her home. But on Sept. 8, the boy allegedly killed Jeffries’ 10-year-old daughter Laelani with a gunshot to the head, according to police reports.

Jeffries was at work at the time, authorities said.

While police have charged the juvenile with first-degree murder, his aunt contends the teen shot his cousin by accident, her friends said. His name has not been released by authorities because he is a minor.

Friends of the family said Jeffries said she plans to defend her nephew and has sympathy for him as she grieves the loss of her child, who had just begun fifth grade at South End Elementary.

Police say the shooting took place inside Jeffries’ home at 29 Circle Drive the evening of Sept. 8. Laelani was taken to Annie Penn Hospital in Reidsville where she died, according to officials.

And in a new development, Reidsville Police Department investigators confirmed this week that the gun used in the shooting was reported stolen from Forsyth County on Sept. 1.

Jeffries has told authorities her nephew did not have a gun when he moved into her home, friends of the family said.

On Sunday evening, Laelani Jeffries’ former teachers, clergy, family and friends gathered outside her home near the intersection of Roach Street and Circle Drive to hold a vigil in her honor.

The side lawn of the little girl’s home is adorned with balloons, flower bouquets, stuffed animals and cards honoring her memory.

Rockingham County Schools has responded to the tragedy by providing counselors to Laelani’s classmates and staff at South End throughout this week, RCS administrators said.

Authorities have not said when the juvenile will appear in court.

Readers' Choice: See who won this year in Rockingham County

You voted, now see who got top honors for everything from best caterer to No. 1 picnic spot in Rockingham County.

Summerfield man charged in drug-related death of another man

The defendant is accused of selling drugs to the victim, causing his death.

A&T will use the donation to establish the Toyota STEAM Lab in its College of Education.

Stanley Raynard Townsend faces several charges after he made a U-turn to tried to avoid a license checking station, police say.

Summerfield man charged with Death by Distribution in drug-related death

Mourning Together: Reidsville couple in London when Queen died

REIDSVILLE — During their recent trip to London, Neil and Karen Jacques of Reidsville were walking back to their hotel after touring Buckingha…

Floral tributes are placed outside the Reidsville home of Laelani Jeffries, 10, who died after being shot at home on Sept. 8. 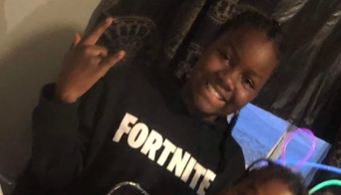